Some new rules for horse racing that aim to bring greater uniformity, safety, transparency, and efficiency to all state racing jurisdictions will go into effect by July 1. But other rules, specifically those on anti-doping and medication control, will likely roll out later because of a breakdown in negotiations.

The draft regulations were put forth by the Horseracing Integrity and Safety Authority—an independent, nongovernmental entity created by the federal Horseracing Integrity and Safety Act. HISA has been tasked with approving and implementing racetrack safety standards and rules along with uniform anti-doping and medication control regulations, drafted under the leadership of the U.S. Anti-Doping Agency.

This past May, HISA announced its nine-member board of directors and members of standing advisory committee, who included prominent equine veterinarians. With the board’s approval, the Racetrack Safety Standing Committee of HISA formally submitted draft regulations on racetrack safety to the Federal Trade Commission on Dec. 6, 2021, for review and public comment, after which the FTC will publish final regulations with an effective date of July 1, 2022. The Racetrack Safety Standing Committee had previously received input from a broad range of regulators, experts, other industry stakeholders, and the general public. 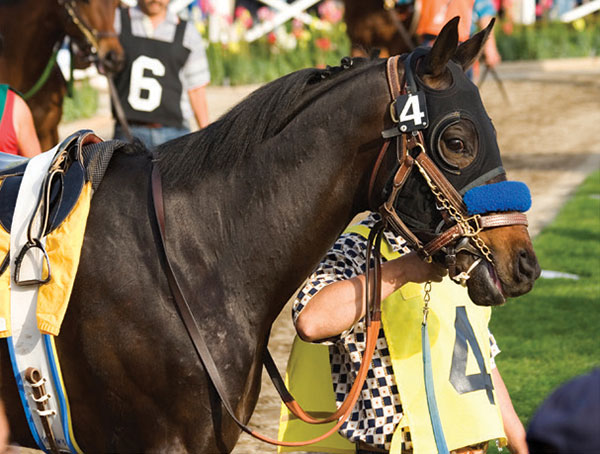 The Anti-Doping and Medication Control Standing Committee of HISA and the U.S. Anti-Doping Agency have released drafts of an anti-doping and medication control protocol for stakeholder review. The draft regulations address the protocol, list of prohibited substances, standards for laboratories, testing and investigation standards, and arbitration procedures.

Plans were to start the Anti-Doping and Medication Control Program in July. Under an alternative proposed structure, out-of-competition testing for racehorses would be administered under HISA’s jurisdiction, while race-day testing would remain under the jurisdiction of state regulators until the beginning of 2023, then transition to HISA’s jurisdiction, according to a Dec. 7, 2021, press release.

Other facets of the phased approach to anti-doping and medication control developed by HISA and USADA would allow for the following:

HISA said in the release that it had intended to file final draft rules for the Anti-Doping and Medication Control Program with the FTC by the end of 2021. However, on Dec. 23, HISA announced the suspension of negotiations pertaining to USADA’s potential future role as the independent enforcement agency for the program. HISA is now searching for a new independent agency to replace USADA and anticipates this process will allow the full implementation of the final anti-doping and medication control rules in early 2023.

According to a Dec. 23 statement from USADA, “We are deeply disappointed to announce that we have been unable to reach an agreement with the Horseracing Integrity and Safety Authority for USADA to become the enforcement agency for the anti-doping and medication control program for thoroughbred racing under the Horseracing Integrity and Safety Act. After months of negotiations, we have been unable to enter an agreement in line with the requirements of the Act, and one which would have given us a reasonable chance to put in place a credible and effective program. While we are obviously saddened by the outcome at this stage, we tried our absolute best to find a way forward but without success.

“While we desperately tried to reach an agreement to implement the program, without compromising our values, we have always said the passing of the legislation and the finalization of uniform, robust rules are huge victories for the horses and the equine industry. We are honored to have been involved with these efforts to restore the integrity of thoroughbred horse racing. Though we are unsure what the future holds for USADA—if any—in this effort, we have offered to assist the Authority and others in the industry to ensure that the sport gets the program it needs and that the horses deserve.”

HISA board chair Charles Scheeler said in a release, “We are deeply grateful for USADA’s hard work, expertise, and leadership in working with HISA’s Anti-Doping and Medication Committee to develop comprehensive draft rules in a remarkably short period of time. HISA will continue our search for an independent enforcement agency to oversee the Medication Control protocols. The Authority will also work with the FTC to ensure the Racetrack Safety Program advances on schedule. When operational, the program will provide critical enhancements to protect the health and safety of equine and human athletes.”

The urgency of the work by HISA was further made clear after the horse that won the 2021 Kentucky Derby, Medina Spirit, collapsed and died following a workout on Dec. 6, 2021, at Santa Anita Park near Los Angeles. The 3-year-old colt—whose title is under review by the Kentucky Horse Racing Commission because he tested positive afterward for betamethasone—died suddenly from a heart attack, according to trainer Bob Baffert, who has since been suspended for two years by Churchill Downs, home of the Kentucky Derby.

The Santa Anita Park veterinary team immediately took blood, hair, and urine samples from the horse and sent them to the California Horse Racing Board. A full necropsy was to be performed. Santa Anita has faced scrutiny in the past for spikes in Thoroughbred deaths resulting from racing or training injuries. The track shut down for most of March 2019 after 23 Thoroughbreds died in a span of three months.

The American Association of Equine Practitioners supported the creation of HISA and has a handful of members on HISA committees, though the AAEP had also pressed for greater representation of veterinarians in the regulatory process.

HISA announced Jan. 11 that Lisa Lazarus will serve as CEO of the authority, starting Feb. 15.

“I look forward to working with the impressive and diverse array of independent and industry experts at HISA to make racing safer and fairer for all. As someone who has worked with the industry over the course of my career, and as a horse lover, I’m honored to be taking on this role,” said Lazarus in a press release.

Lazarus established and leads the equestrian practice at Morgan Sports Law in London, where she provides counsel on health and safety issues and rule compliance in addition to representing equestrian athletes, owners, and trainers in disputes before national and international governing bodies.

Prior to joining Morgan Sports Law, she served as general counsel and later chief of business development and strategy at the Fédération Equestre Internationale, the international governing body for equestrian sports.

Trainer Jorge Navarro was sentenced to 60 months in prison recently for his leading role in the felony drug misbranding and adulteration charges that came from a federal investigation into the abuse of racehorses through the use of performance-enhancing drugs. He was also ordered to pay over $26 million in restitution, according to a Dec. 17, 2021, announcement from Damian Williams, the U.S. attorney for the Southern District of New York.

Federal prosecutors arrested Navarro along with several veterinarians, trainers, and other horse racing professionals in March 2020. Of the 27 defendants, 19 were charged in an indictment detailing conspiracies “to manufacture, distribute, and receive adulterated and misbranded PEDs and to secretly administer those PEDs to racehorses” in New York state, New Jersey, Florida, Ohio, Kentucky, and the United Arab Emirates, according to court documents.

Navarro imported misbranded “clenbuterol” that he both used and distributed to others, avoided explicit discussion of PEDs during telephone calls, and worked with others to coordinate the administration of PEDs at times that racing officials would not detect such cheating. Among Navarro’s PEDs were various “blood building” drugs, which, when administered before intense physical exertion, can lead to cardiac issues or death, court documents state.

“Trainers, like Navarro, who participated in the schemes stood to profit from the success of racehorses under their control by earning a share of their horses’ winnings, and by improving their horses’ racing records, thereby yielding higher trainer fees and increasing the number of racehorses under their control,” according to the announcement. “Veterinarians, including those whom Navarro directed in the corrupt administration of illegal substances, profited from the sale and administration of these medically unnecessary, misbranded, and adulterated substances.”

Visit hisausregs.org to view draft regulations from the Horseracing Integrity and Safety Authority and register to submit feedback.

Veterinarians among those charged in widespread horse doping scheme

Once more around the track