The omnibus spending legislation contains appropriations for the 2021 federal fiscal year totaling $1.4 trillion, along with $900 billion in COVID-19 pandemic aid. 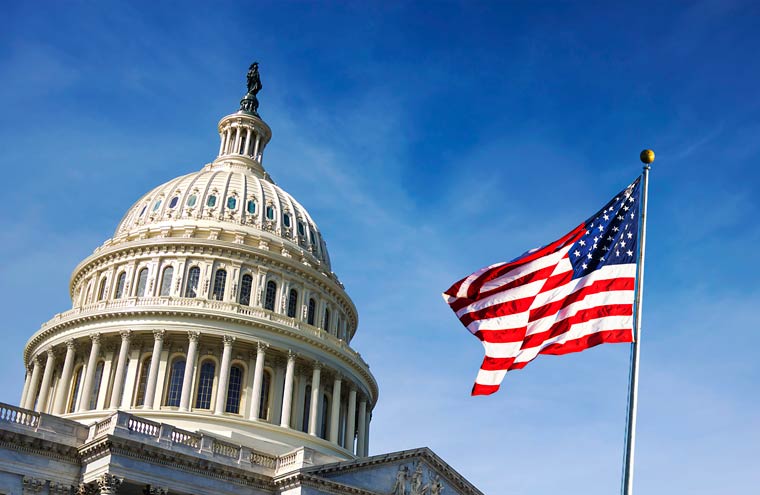 The relief package contains a fix for the Internal Revenue Service tax treatment of expenses paid with Paycheck Protection Program loans and streamlines PPP loan forgiveness for loans of up to $150,000. It appropriates up to $20 million for animal health infrastructure’s role in the COVID-19 response and contains AVMA-led language that will provide Congress with information detailing existing collaborative efforts between the Food and Drug Administration, U.S. Department of Agriculture, and other agencies to prevent and respond to zoonotic disease outbreaks in animals and humans.

The year-end appropriations bill included the Horseracing Integrity and Safety Act, which will create uniform performance and safety standards for Thoroughbred horse racing.

This is the fourth coronavirus relief bill that Congress has passed since the pandemic began in early 2020. When legislators created the PPP, they intended for there to be no tax consequences for loan recipients. However, the IRS soon issued a revenue ruling indicating that ordinary business expenses otherwise deductible, such as the payroll costs and other expenses covered by forgiven loans, could not be deducted if paid with loans that are forgiven even though the loans themselves are tax-free income.

The tax fix reverses the IRS ruling that denied the deductions and means that veterinary practices will not have to pay up to 40%, depending on location, of the amount of a PPP loan in taxes.

“The AVMA’s tireless advocacy efforts have paid off for the veterinary profession,” said Dr. Kent McClure, AVMA’s chief government relations officer. “For the almost 60% of U.S. veterinary practices that took PPP loans, the tax fix will keep significant funds within the practices, and the simplified loan forgiveness application will make their lives easier.”

He continued: “The AVMA-led coordinated effort to obtain language in the funding legislation will provide Congress with important information detailing existing collaborative efforts between FDA, USDA, and other agencies to prevent and respond to zoonotic disease outbreaks in animals and humans. This directive advances AVMA’s objectives and bolsters support for one-health legislation as we enter a new session of Congress.”

Also contained in the COVID relief package are the following provisions:

Other notable provisions in the package include an additional $300 per week of federal unemployment insurance until March 14; a second relief check of $600 for qualifying adults, $1,200 for couples filing jointly, and $600 for dependents; rental assistance; funding to address COVID-related impacts on farmers, ranchers, and rural communities; and funding for education and vaccine testing. At press time in early January, Congress was debating increasing the relief checks from $600 to $2,000.

Additionally, the Employee Retention Tax Credit is extended until June 30, 2021. The legislation also increased the retention tax credit from 50% to 70% of qualified wages and increased the limit per employee from $10,000 per year to $10,000 for each quarter. Paycheck Protection Program borrowers may also still qualify for the tax credit with respect to wages that are not paid with forgiven PPP proceeds.

The government funding package that Congress passed on Dec. 22 contained the Horseracing Integrity and Safety Act, which establishes an independent regulatory authority, similar to regulatory authorities for other professional sports, to set medication use and safety protocols for Thoroughbred horse racing. An effort to pass such legislation has been ongoing for five years.

The AVMA and American Association of Equine Practitioners support the creation of the Horseracing Integrity and Safety Authority, which will form an anti-doping and medication control committee along with a racetrack safety committee.

The House of Representatives passed the HISA in September 2020, led by Kentucky Rep. Andy Barr and New York Rep. Paul Tonko. Sens. Kirsten Gillibrand of New York and Dianne Feinstein of California were the original co-sponsors in the Senate.

“With today’s passage of HISA in Congress we are in the final stretch of achieving the most transformational and consequential reform of the Thoroughbred horseracing industry since enactment of the Interstate Horseracing Act of 1978,” Barr said in a statement.

The AVMA has worked with the AAEP on different versions of the legislation since it was originally introduced in 2013. The two associations supported the underlying goals of the HISA while advocating for the inclusion of safety standards as well as uniform medication and anti-doping provisions, which are accounted for in the legislation that was just enacted. However, concerns remain over the lack of veterinary expertise on the authority board and advisory committees and the prohibition of race-day furosemide. Although the AVMA and AAEP have policies supporting the use of furosemide on race day, since the beginning of 2019, the racing industry has begun restricting the medication’s usage on race day, independent of legislation.

Once more around the track

Veterinarians among those charged in widespread horse doping scheme