Taking the chronic out of enteropathies

She said dogs with chronic enteropathies have all sorts of clinical signs, from intractable diarrhea to vomiting twice a week to unexplained weight loss to an extremely picky appetite.

“While we understand some about this disease process, it remains quite mysterious,” Dr. Manchester said. “Though it probably involves some degree of immune dysregulation and environmental factors and genetic influences, we still are pretty unsure about what is driving the clinical signs in these dogs. 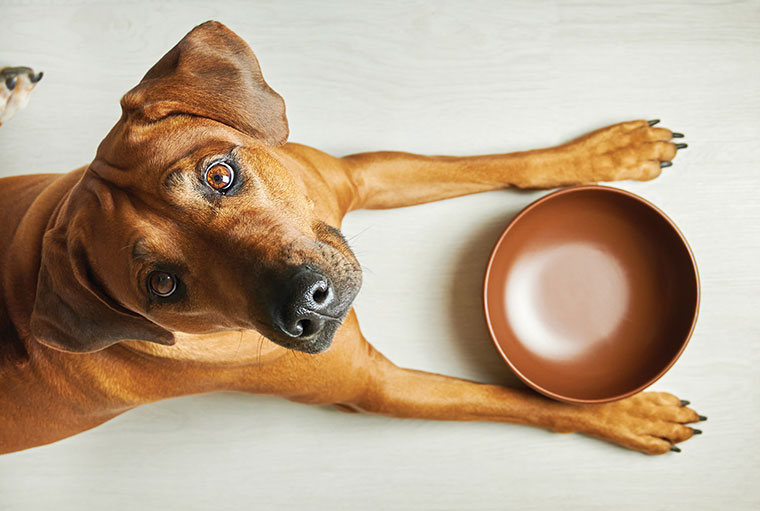 “And not surprisingly, when we don’t entirely understand what’s driving chronic enteropathy, it makes it difficult to assign a specific treatment that we’re confident is going to be successful in an individual dog. And for this reason, we really rely on treatment trials to come to more of a retrospective diagnosis in these types of patients.”

Dr. Manchester was among several speakers at AVMA Virtual Convention 2021, July 29-Aug. 1, who discussed practical approaches to treating chronic enteropathies in dogs and cats, particularly nutritional management, and a new diagnostic option that is now available for dogs.

At Colorado State University, Dr. Manchester is working toward a doctorate focused on characterizing the immune dysregulation in dogs with chronic enteropathies. She presented “Diet as Therapy for Canine Chronic Enteropathy: Why and How?” in a session sponsored by Nestlé Purina during the convention.

Dr. Manchester said during her talk that she simplifies her approach with diet to focus on the components of fat, fiber, and protein to help match patients with appropriate diets.

“These dogs with diet-responsive disease are going to have more lasting and more robust clinical remission when we find that correct diet as opposed to dogs with these antibiotic-responsive or immunosuppressant-responsive chronic enteropathies,” Dr. Manchester said.

In one example, Fanni, a 5-year-old Yorkshire Terrier, had increased thirst and urination as well as abdominal distension for three weeks and diarrhea for three days. On the basis of a physical examination and minimum diagnostic database, she was diagnosed with protein-losing enteropathy. Dr. Manchester suspected that lymphangiectasia was driving Fanni’s abdominal distension and hypoalbuminemia, meaning that fat was the nutrient of interest.

Dr. Manchester prescribed an ultra low-fat diet along with clopidogrel and supplemental calcium and B12. Eight days later, Fannie was eating well and had solid stools, and her abdomen was no longer distended.

Zara, an 8-year-old Shepherd mix, presented for chronic waxing and waning soft stools, acute abdominal distension, and a history of anxiety. She was on cyclosporine, fluoxetine, Denamarin, spironolactone, and an ultra low-fat diet. Dr. Manchester suspected that fat still could be an issue for Zara.

The dog was put on a home-cooked diet of tilapia and sweet potato that was even lower in fat. Dr. Manchester added clopidogrel and B12 but stopped the cyclosporine and spironolactone. Two weeks later, Zara had an improved attitude and energy and semiformed stools, and her abdomen was no longer distended.

Cane, a 2 1/2-year-old German Shepherd, had intractable chronic gastrointestinal signs. He was on a prescription ultra low-fat diet and previously hadn’t responded well to a hydrolyzed-protein diet. Dr. Manchester suspected that protein was his main issue.

While hydrolysis breaks down proteins into what should be unrecognizable sequences of peptides, Dr. Manchester said, some dogs still mount immune responses to some components of the diet. Coming from the other direction—using the building blocks of proteins, amino acids—results in an elemental diet. In human medicine, elemental diets are a first-line treatment for pediatric Crohn’s disease.

Dr. Manchester was enrolling dogs in a clinical trial of an elemental diet coming down the pipeline from Purina, and Cane was the first dog she enrolled. Eight weeks later, he had gained more than 10 pounds, had a consistently good appetite, and had fairly normal stools.

“We’ve learned a lot more in the last decade or so that chronic enteropathies are more than just primary inflammatory bowel disease, which, of course, is a disease of the immune system,” Dr. Oswald said.

Dr. Oswald said about 50% of cats and dogs with gastrointestinal signs such as diarrhea, reduction in appetite, and weight and condition loss have enteropathies that are food responsive. Another 25% are responsive to antibiotics or probiotics, suggesting an imbalance in the microbiome.

Dr. Oswald said the feline intestinal microbiome often responds well to a higher-protein, lower-carbohydrate diet, and canned foods can provide a better response. Next he tries diets with limited novel proteins and carbohydrates. Hydrolyzed diets are his final options for cats.

Probiotics have many potential indications.

“Some of these things we have proven to be true, that probiotics can do for us,” Dr. Oswald said. “Other things we postulate.”

Another treatment that Dr. Oswald uses in his pharmacy quite a bit are bile acid sequestrants.

For potentially antimicrobial-responsive enteropathies, tylosin tartrate is a drug to consider using. It can be used intermittently or continuously for chronic diarrhea. Metronidazole used to be the go-to antimicrobial but is associated with genotoxicity in cats.

Veterinarians used cyproheptadine as an appetite stimulant for years, but the drug has inconsistent effects. Mirtazapine increases appetite, has anti-nausea and anti-emetic effects, and turns out to be a gastrointestinal promotility drug. And a newer option for an appetite stimulant is capromorelin, which mimics the action of ghrelin, the hunger hormone.

Dr. Jacqueline Johnson of Cabrillo Pet Hospital in San Diego, a consultant for Vetica Labs, presented “Advancing Diagnostic Options for Chronic Enteropathies in Dogs: The Canine CE/IBD Assay” during AVMA Virtual Convention 2021. The new assay was developed by Vetica and is offered through Antech.

Dr. Johnson is a consultant for Vetica, and she assisted in the design of a clinical trial for a serum-based diagnostic test for canine inflammatory bowel disease. She also facilitated cooperation with VCA Animal Hospitals, where she worked at the time, to implement the clinical trial.

About 75% of dog owners will refuse endoscopy for diagnosis of canine enteropathies, citing cost and invasiveness as the main reasons, according to market research commissioned by Vetica.

A report on the clinical trial, published in the Journal of Veterinary Internal Medicine in May 2020, found that serum antibodies appear promising in differentiating IBD versus acute gastrointestinal conditions in dogs. A report on a second trial, published in the May/June 2021 issue, found that an assay based on three antibodies is useful to distinguish dogs with chronic enteropathies or IBD versus other GI conditions.

Dr. Johnson said, “Once you start introducing treatments to these animals, be it medications or diet or some combination of the two, you should start seeing improvements in intestinal inflammation, gut permeability, and you should be seeing a reduction in these autoantibodies.”

In one example, Reno, a 4 1/2-year-old Mastiff, had elevated biomarkers for bacterial proliferation and gliadin sensitivity consistent with chronic enteropathy or IBD. The next steps were a change in his diet to salmon, sweet potatoes, broccoli, and green beans; a course of metronidazole; supplemental B12; and treatment with omeprazole.

The biomarkers for bacteria and gliadin sensitivity improved, but there was elevation in the biomarker for inflammation. Reno was started on budesonide and ranitidine. In addition, an endoscopy confirmed CE/IBD.

The bacterial biomarker remained intermediate, but the others went back to the normal range. Reno was doing well and gaining weight.

Jinx, Dr. Johnson’s own dog, a Soft Coated Wheaten Terrier, had frequent regurgitation associated with aerophagia and a very small confirmed hiatal hernia. She was on omeprazole and metoclopramide for seven years, and her clinical signs were much improved but never 100% better.

Jinx’s bacterial marker was in the intermediate range, her inflammation marker was low, and her gliadin marker was high. She was switched to a gastroenteric diet, and her medications were discontinued. The result was a 90% resolution in clinical signs with the occasional flare-up two to three times per year.

Dr. Johnson noted that nothing will replace the accuracy of a biopsy. She said, “Try using the test to improve your biopsy compliance.”

Cats are trickier, Dr. Johnson added, because the line between IBD and gastrointestinal lymphoma is much more blurred. Clinical trials are underway for a CE/IBD assay in cats, however, and the results so far look promising.

“Nutritional management of chronic enteropathies in dogs and cats” was published in the Sept. 1, 2018, issue of JAVMA.

The hidden ecosystem of the gut microbiome