The slowdown in human activity during the COVID-19 pandemic, particularly travel, has created a unique opportunity for scientists to better understand human-wildlife interactions.

In June, the journal Science published an article in which the authors coined the term “anthropause” to describe this period and encouraged the international research community to use the time to gain “unprecedented mechanistic insight” into how human activity affects wildlife.

Social media is replete with reports of surprising wildlife encounters during lockdown. The authors write: “People have reported sightings of pumas in downtown Santiago, Chile, of dolphins in untypically calm waters in the harbor of Trieste, Italy, and of jackals in broad daylight in urban parks in Tel Aviv, Israel. Hidden from view, animals may also start roaming more freely across the world’s oceans, following reductions in vessel traffic and noise-pollution levels.” 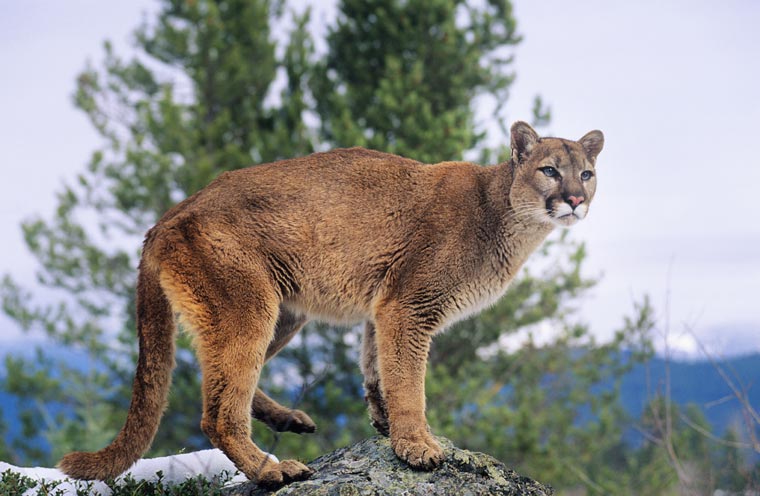 The COVID-19 Bio-Logging Initiative was launched earlier this year by the International Bio-Logging Society and several partner organizations to investigate global wildlife responses to altered levels of human activity during the pandemic.

The coalition is using data collected by bio-loggers, which are electronic tracking devices attached to animals, to measure changes in animals’ movement, behavior, activity, and physiology, as well as changes in the environments they inhabit. The goal is to use bio-logging data collected before, during, and after lockdown to better understand human-wildlife interactions and to help foster sustainable human-wildlife coexistence.

Dr. Sara Childs-Sanford, chief of service at Cornell University’s Janet L. Swanson Wildlife Hospital, said the hospital has experienced a significant caseload increase this year, partly because people are spending more time outside and at home.

“Initially, when everything shut down, we thought we were seeing a decrease in vehicle-related trauma cases, but that quickly returned to expected levels once people started moving around again,” Dr. Childs-Sanford said. “One other thing that we have noticed is that there seems to be an increased incidence of people finding ill or orphaned wildlife and trying to take care of it themselves, usually with disastrous results. This may be for a similar reason: that people are home more and have more time on their hands.”

Using traffic and collision data collected from California, Idaho, and Maine, researchers at the University of California-Davis found that wildlife-vehicle conflict declined by 21 percent to 56 percent from early March to mid-April relative to February and early March, following government stay-at-home orders.

If this trend continues, researchers estimate it could result in about 5,700 to 13,000 fewer large mammals killed each year in those states, and 50 fewer mountain lion deaths per year in California.

Fraser Shilling, PhD, director of the UC-Davis Road Ecology Center and author of the report published this June on the center’s website, said: “There is a statistically significant decline in wildlife deaths on highways in all three states following reductions in traffic this spring. This has not been the case for any of the previous five years for these three states. If anything, there is usually an increase in spring.”