All animal dealers, exhibitors, and researchers regulated by the Department of Agriculture’s Animal and Plant Health Inspection Service also will need to apply for new licenses every three years, rather than renew their licenses yearly. Gaining a new license requires submitting to an inspection and demonstrating compliance with the Animal Welfare Act and its regulations, while the current renewal system requires only providing a statement affirming that the person or company still meets all requirements. 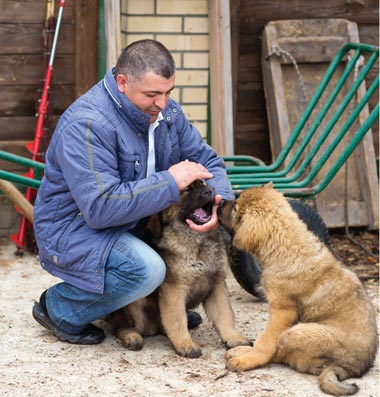 In May, APHIS officials published the final rule, which is intended to strengthen protections for animals regulated by their agency under the AWA. The new provisions include requirements for annual examinations of dogs held by APHIS-licensed dealers and exhibitors, as well as regular veterinarian visits to check on animal care and husbandry.

Agency officials also added requirements that those license holders keep written veterinary care plans, medical records, and implement husbandry requirements to ensure healthy eyes, ears, skin, nails, teeth, and hair coats, as well as ensure their dogs are treated for parasites and vaccinated against diseases that are contagious, deadly, or both. The facilities holding dogs will need to give dogs continuous access to potable water—unless restricted by a veterinarian—rather than the current requirement that they receive water at least twice daily.

All licensees will need to inform APHIS officials at least 90 days before making substantial changes to their facilities, their animal population numbers, or the types of animals they hold. The new rule gives license holders population limits—in 50-animal increments—and requires separate authorizations for certain types of animals, such as big cats, nonhuman primates, and large herbivores.

“The current regulations do not require a licensee to demonstrate compliance when making changes to his or her animals or locations, including noteworthy changes to the numbers or types of animals used in regulated activity,” APHIS officials said in a Federal Register notice. “This allows a licensee to acquire substantially more or different types of animals than what he or she had when the license was originally issued.”

If the agency suspends or revokes any person’s or company’s license, any officers, agents, or employees responsible for the violations will be ineligible for new licenses and they will not be allowed to work for other companies licensed or registered by APHIS. License applicants also will need to disclose any disqualifying convictions related to animal cruelty, animal welfare, or false statements to government agencies.

Veterinary organizations supported many of the proposed changes, but some in research had concerns.

“Based on feedback from state veterinary medical associations, annual exams and continuous access to potable water are common requirements in related state regulations and would be reasonable additions to the AWA regulations,” her letter states.

Dr. Donlin’s letter also expresses support for the proposals to require new licenses every three years, require notice when licensees make substantial changes, and require that license applicants disclose disqualifying convictions—with a caveat that the agency should consider whether qualified people could be denied licenses for others’ actions.

The American College of Laboratory Animal Medicine expressed support for the changes that would help restrict who is licensed, as well as concerns about the provisions regarding water and veterinary care programs. In a May 2019 letter, Dr. Joseph D. Thulin, then president of the college, wrote that dogs could be without water after spills or during exercise or socialization, resulting in violations.

His letter also states that regulations already ensured dogs in research facilities receive appropriate care and treatment. He noted that those regulations required that licensees assess their dogs’ health and well-being every day and convey any problems to the attending veterinarian.

“While the overall intent of the proposed language may be to improve animal welfare, ACLAM does not support the language as written and urges the USDA to consider stronger enforcement of its existing standards regarding veterinary care,” the letter states.

The American Society of Laboratory Animal Practitioners expressed support for the provision on continuous access to water but also concern that a USDA inspector might find a water bowl that had tipped over. In a June 2019 letter, President Dr. Iris D. Bolton called for consideration of whether any dogs showed signs of extended lack of access to water.

Dr. Bolton’s letter also argues that regulations already required adequate veterinary care and regular visits by a veterinarian, as well as gave USDA authority to punish those with inadequate care. The organization called for guidance with objective criteria on adequate care and preventive treatment.

“However, this should be done with all due consideration of providing benefit to animal welfare without the expense of unnecessary burden to licensees or registered research facilities,” it states.