The USDA's own figures show declines in investigations and penalties under animal care laws applied to animal breeders, exhibitors, and transporters; animal-use researchers; and horse exhibitors, among others.

The Missouri Alliance for Animal Legislation and Stop Animal Exploitation Now filed a federal lawsuit July 14 in the District of Columbia against the USDA Animal and Plant Health Inspection Service and Agriculture Secretary Sonny Perdue over two rules that the organizations say let dog breeders conceal violations of the federal Animal Welfare Act from the public. They allege that the rules are illegal because USDA leaders implemented them without giving notice and seeking public comments as required under the federal rule-making process. 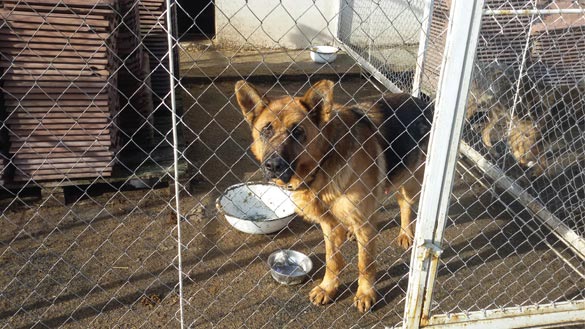 Under the AWA, APHIS regulates how animals are treated by researchers, exhibitors, transporters, and dealers.

The organizations that filed the lawsuit claim the USDA adopted a "teachable moments" rule, under which APHIS excludes minor infractions from inspection reports on AWA-regulated facilities, and a self-reporting rule, under which licensees can report problems within days of discovery without having those problems cited on inspection reports. The groups claim these rules are intended to help breeders avoid state and municipal bans on sales of dogs from breeders who have AWA-related violations.

Bob Baker, executive director of the Missouri Alliance for Animal Legislation, said APHIS officials also passed a third rule outside the legal process: a self-inspections rule that has been rolled into the "teachable moments" rule. Under the now-combined rule, he said, APHIS is letting AWA-licensed dog breeders admit to violations when agency employees arrive for unannounced inspections, and those admissions prevent citations on inspection reports if those breeders promise to fix the problems.

"We're just very concerned that USDA, right now, is just bending over backwards to help protect bad breeders, and they're just abdicating their responsibility for protecting the welfare of the animals and the consumers," he said.

Asked about the allegations, APHIS spokesman Richard A. Bell said APHIS does not comment on pending litigation.

The complaint filed by the two organizations indicates some state and city lawmakers responded in the past decade to welfare failings at dog breeding facilities by passing bans on sales by people or companies cited for violating the AWA. Connecticut, for example, prohibits pet shops from selling dogs or cats from breeders who are unlicensed by the USDA, have been cited by APHIS within the past two years for problems that caused severe harm to animals, or had three less-serious violations related to health or welfare during the past two years.

The complaint filed in federal court indicates USDA officials had plans for the "teachable moments" rule at least since July 2014 and added the rule in official guidance for inspectors by January 2016. The complaint also states that agency officials described the self-reporting rule in technical notes published in December 2017 and added the rule to guidance for inspectors about March 2019.

The agency's own data, published in a summary of enforcement actions, show declines in investigations, fines, and administrative decisions under the AWA and Horse Protection Act. The HPA, passed in 1970, is intended to end cruelty through soring, or inflicting pain on show horses to give them an exaggerated gait. Soring techniques can be mechanical or chemical.

In October 2018, the Washington Post reported agency officials had blamed the drop in enforcement on litigation and a shift toward working with those with violations. JAVMA requested updated data, and Bell responded that APHIS is working to update the enforcement summaries.

In those first nine months of FY 2018, APHIS officials also issued no warnings and filed no administrative complaints under the HPA.

Dr. Tracy A. Turner helped APHIS enforce the HPA as a consultant. He trained investigators to identify soring through radiographs and examinations. He also helped write an American Association of Equine Practitioners white paper on soring and performed research on soring practices.

But he stopped receiving calls from the agency by August 2016, when he thinks APHIS started making policy changes that since have halted enforcement of the HPA.

Bell replied that APHIS' enforcement of the law "is indeed alive and well" and pointed to 46 administrative consent agreements reached in 2019 over complaints filed in previous years, as well as reports that indicate USDA staff members acted as observers at recent equine events with potential for soring. APHIS personnel attended the July 27 Ohio-Kentucky Walking and Racking Horse Association Show, for example, and the report available to the public indicates non-USDA personnel discovered soring-related conditions in at least four horses.

When the Trump administration took over in January 2017, it halted pending regulations that would have given APHIS more authority to enforce the HPA and replaced an industry self-policing system. In July of this year, the U.S. House of Representatives passed the Prevent All Soring Tactics Act, an AVMA-supported bill that would require that the USDA license independent inspectors to look for soring. At press time, the Senate version of the bill had 42 co-sponsors, but the chamber had taken no actions since its introduction.

APHIS officials have proposed adding more stringent welfare-related requirements for licensees under the AWA, including provisions governing veterinary care, access to drinking water, and licensing. View the proposal, published in August 2017 and updated in March 2019, under docket number APHIS-2017-0062.

APHIS would require that animal dealers and exhibitors establish and maintain programs of veterinary care, developed and signed by an attending veterinarian. Each program would include annual in-person veterinary examinations that address husbandry issues for hair, toenails, teeth, skin, and ears.

"Other proposed provisions would require vaccinations—unless contraindicated for health reasons or unless otherwise required by a research protocol approved by the Institutional Animal Care and Use Committee at research facilities—for contagious and deadly diseases of dogs (including rabies, parvovirus, and distemper), appropriate preventative care and treatment, and record keeping requirements for veterinary and preventive care that the dogs receive," the March 2019 update states.

APHIS officials also are considering amending rules to require that dogs have access to clean water at all times, rather than at least two one-hour periods each day.

"It is our expectation that adding this would strengthen arrangements between licensees and registrants and their attending veterinarians and enhance preventative and ongoing care for dogs, and, coupled with continual access to water—by which we mean constant, uninterrupted access at all times—would result in the greatest benefit to health and well-being of dogs," according to the update.

Bob Baker, executive director of the Missouri Alliance for Animal Legislation, said the Department of Agriculture Animal and Plant Health Inspection Service is letting Animal Welfare Act–licensed dog breeders admit to violations when agency employees arrive for unannounced inspections, and those admissions prevent citations on inspection reports if those breeders promise to fix the problems. And he said the agency has stopped making dog breeders keep updated veterinary care programs that are signed by veterinarians.

Those changes would add to the current requirement that veterinarians visit and examine animals often enough to ensure animal care and use are appropriate.

Under current regulations, animal dealers and researchers licensed by the USDA need an initial inspection to gain a license and annual renewals, during which they affirm they still comply with requirements. APHIS officials propose replacing the annual process with three-year licenses that require reinspection, as well as new inspections if licensees make substantial changes to their animal populations or change locations.

The rule changes would require that license applicants disclose any "no contest" pleas or findings that they violated federal or local laws or regulations on animal cruelty, welfare, transportation, ownership, or neglect. They also would prevent people from misusing exhibitor licenses to own wild animals, as well as further restrict people and companies with suspended or revoked licenses from working with regulated animals.