Some insight into pet food recalls 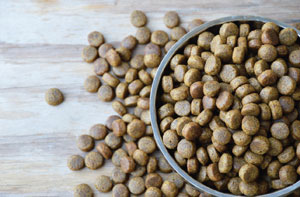 Dr. Karyn Bischoff, a diagnostic toxicologist, isn't sure how it happened, but she has been at the center of several pet food recalls in the past few years.

Dr. Bischoff works at the New York State Animal Health Diagnostic Laboratory at Cornell University. During her presentation "Pet Food Safety and Recalls" at AVMA Convention 2019, she spoke about what pet food safety is, recall statistics, some of the causes of contamination, and prevention.

The top reason for pet food recalls is bacteria, Dr. Bischoff said. She said other reasons for recalls vary, but they typically fall under a few categories, such as chemical contaminants, natural contaminants, formulation errors, and fraudulent ingredients.

Pet food facility experts advise that companies consider several aspects related to safety measures for their operations, including the facility's construction, sanitation, and potential fire risk, according to an article in Pet Food Industry Magazine.

Food safety is typically the first thing that pet owners point to when faced with an unknown illness, but while it is an important element of overall pet care, it may not necessarily be the problem.

"Less than about 2% of animal poisonings are pet food ingestion," Dr. Bischoff said. "Most animals eat before they die; they also breathe air. It (the pet food) becomes the usual suspect, whether it should be or not."

The FDA regulates pet food. The Federal Food, Drug, and Cosmetic Act requires that all animal food be safe to eat, produced under sanitary conditions, contain no harmful substances, and be truthfully labeled. The FDA also handles all pet food complaints.