"You probably came to this talk and expected me to just say, 'Kill all the cats,' right?" asked Dr. Renée Schott, medical director at the Wildlife Rehabilitation Center of Minnesota. 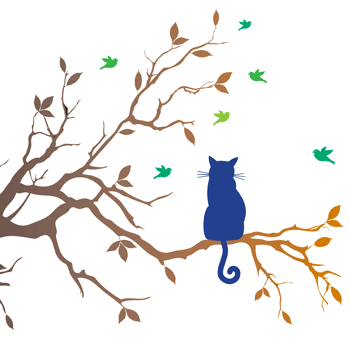 Dr. Schott was speaking on "The Domestic Cat–Wildlife Interface: Welfare Implications on Both Sides" at AVMA Convention 2019 this past August in Washington, D.C.

Before her talk, she had never had a strong opinion about the issue of feral and other outdoor cats. She cuddled her three indoor cats and treated wildlife injured by outdoor cats. Putting together the talk was eye-opening. Now, she is willing to have conversations about the issue, even though people can quickly become polarized when discussing outdoor cats.

The lack of consensus on how to manage outdoor cat populations has been the main sticking point, but those involved in the work say collaboration—even among those who might disagree on some points—is key to finding workable solutions.

The convention included a series of talks on outdoor cats that featured a range of perspectives and proposals. One session explored using models and data to achieve better outcomes for trap-neuter-return programs used to manage populations of feral cats. That session also provided an update on the D.C. Cat Count, a collaborative project to count all the cats in the District of Columbia.

Another session covered Cats Safe at Home, a collaboration in Portland, Oregon, between the Audubon Society of Portland and the Feral Cat Coalition of Oregon, plus other partners. Together, the partners are working to reduce the number of free-roaming cats and protect wild birds from cat predation in the Portland metropolitan region.

"When I say outdoor cat, I mean any cat that spends time outdoors," Dr. Schott said during her presentation. Outdoor cats include feral, stray, indoor-outdoor, owned, unowned, and farm cats.

The debate on outdoor cats is not new. Dr. Schott pointed to the 1916 publication "The Domestic Cat: Bird Killer, Mouser and Destroyer of Wild Life; Means of Utilizing and Controlling It." She brought the debate back to the welfare of cats, wildlife, and humans.

No one knows how many outdoor cats live in the United States. Some estimates range from 30-160 million. No one has legal oversight of unowned outdoor cats, unlike pets and wildlife. The strategies that worked to decrease the number of unowned dogs in the U.S. haven't worked for unowned cats.

Outdoor cats also spread disease to wildlife and can spread many zoonoses to people. Conversely, allowing outdoor cats means that people don't have any guilt over euthanizing these cats, and outdoor cats may perhaps provide a measure of rodent control, although cats don't tend to kill large urban rats.

The risks for outdoor cats are premature death and disease. The primary benefit of being outdoors is enrichment. According to a 2013 survey published in the journal Biological Conservation, most people agree that cats should be kept indoors. Dr. Schott suggested grabbing on to that common ground.

The traditional method of controlling feral cats has been to trap and euthanize them. Animal control agencies have practiced this method for more than a century, but it has not worked in the continental U.S. For trap-neuter-return programs with managed colonies, high sterilization rates are necessary to see consistent declines in cat population sizes. Targeted efforts to trap all area cats, neuter them, and return them to the field works for a generation.

"There is no silver bullet that's going to get all these communities," Dr. Schott said. Her takeaway message was that any reduction in outdoor cats is a win for both sides, so people should start having real conversations and stop debating. Realistic solutions for cat owners include reducing the number of hours their cat spends outside and keeping their next cat inside.

Wildlife biologist and ecologist John Boone, PhD, believes reasonable people on either side of the debate agree that the welfare of outdoor cats is important and that reducing their numbers is good.

Dr. Boone is a consultant for the Humane Society of the United States, one of several animal welfare and conservation organizations collaborating on the D.C. Cat Count project. Launched in 2018, the three-year project is using the nation's capital as a laboratory to study outdoor cat populations with an eye on improving the effectiveness of cat management efforts.

One popular form of cat management is trap-neuter-return, which is sometimes criticized for confusing surgery rates with population reduction. Dr. Boone likened it to a business that touts its high number of sales calls yet ignores the profitability of those calls. "Counting up actions is not the same thing as measuring the result itself," he explained.

Without an approximation of the number of cats you're dealing with, it's impossible to say whether sterilization is having any effect, he added. "You need to estimate the size of the cat population in a defined geographic region before you can measure the impacts specific interventions are having, and that includes estimating the number of spays and neuters you must do to reduce the population," Dr. Boone said.

As a biological population, outdoor cats do not behave the same as individual cats. Each population is subject to unique internal and external factors, including reproduction rates, reasons for entering or leaving the environment, and causes of death. Dr. Boone said cat management programs must be designed accordingly and refined in light of new data learned from regular field investigations.

D.C. Cat Count is a unique endeavor in that it applies the established methods of wildlife management that Dr. Boone spoke of to cats in the District of Columbia. For the past year, project researchers have been traversing the roughly 68-square-mile area, documenting the cats they see outdoors, contacting animal shelters, and using camera traps, all to determine how many cats live there. 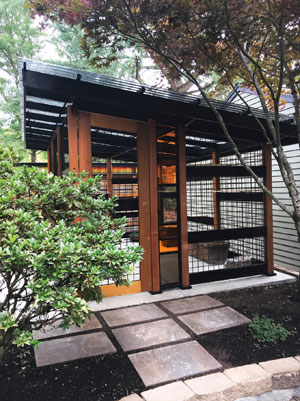 "Ultimately, we hope this creates a better paradigm for addressing this admittedly very complicated issue in the United States," Dr. Boone said.

"At the end of the day, I think we're animal people, but people on the different sides of this camp have been at each other's throats for a very long time," said Bob Sallinger, conservation director for the Audubon Society of Portland, during his presentation on the Cats Safe at Home collaboration. Karen Kraus, executive director of the Feral Cat Coalition of Oregon, reiterated the idea that the issue is all outdoor cats, not just feral cats or pet cats.

The speakers outlined the issue of outdoor cats as including the decline in many songbird populations, cat populations exceeding available homes, cats being the top animal euthanized at shelters, more cats being in the environment as shelters work to end euthanasia of cats, and a need for active solutions to protect cats and wildlife.

The speakers agreed that addressing the issue of outdoor cats includes awareness and acknowledgment of the issue, affordable high-volume spay-neuter for cats, messaging around the benefits of indoor or safe outdoor time for cats, and partnerships between animal welfare and conservation organizations for holistic strategies.

The Feral Cat Coalition of Oregon, founded by veterinarians in 1995, provides a free trap-neuter-return program for feral cats, a low-cost spay-neuter program for pet cats, and an education and outreach program to reduce the number of cats living outdoors. The Audubon Society of Portland, which was founded in 1902 and is the largest chapter of the National Audubon Society, has programs in a variety of areas, including habitat conservation and wildlife rehabilitation.

The Audubon Society of Portland broke ranks with many conservation groups to work with the Feral Cat Coalition of Oregon. The chapter's Wildlife Care Center has records going back to the 1930s referring to cats being the No. 1 cause of intake.

When Sallinger started with the chapter in the early 1990s, he looked at close to 100 years of work on the issue. The dominant paradigm to address cat overpopulation in Portland and across the country had been killing cats, he said, "and we had more cats on the landscape than any time we've had in our history." To make progress, Sallinger felt the chapter needed to look for solutions that worked for both people who care about birds and people who care about cats.

Kraus said there are several keys to the collaboration. She said, "It's having a common goal and trying to achieve that together and understanding where TNR does have a role and where it doesn't, and it's a big leap for bird groups."

Kraus said the Cats Safe at Home campaign doesn't say, "Keep your cat indoors," but the campaign encourages cat owners to do so, at least more of the time and particularly during fledgling season. In 2013, the partners on the program started an annual tour of enclosed cat patios, or catios, which allow cats to experience the outdoors without harming wildlife.

The partners started the Hayden Island Cat Project to assess the effectiveness of TNR and complementary measures to reduce the free-roaming cat population on a 1,600-acre island in the Columbia River. According to preliminary results, most free-roaming cats were in a manufactured home community, with few in other residential areas, commercial or industrial areas, or a natural area—the last potentially because of coyotes.

Sallinger had noted earlier in the presentation that the Portland area has seen removal of coyotes and other predators because of conflicts with cats. At the closing of the presentation, he said the Audubon Society of Portland and Feral Cat Coalition of Oregon have agreed that killing wildlife to protect cats is inappropriate and ineffective.

Get information about the D.C. Cat Count and Cats Safe at Home.

Cats may be greater threat to wildlife than first thought (April 1, 2013)