Why Breed-specific Legislation Is not the Answer

Breed-specific legislation (BSL) targets specific breeds of dogs that are wrongly thought to all be dangerous – most frequently "pit bull types" – and places stricter regulations on these dogs or even makes ownership of them illegal. Several cities, towns and states across the United States and Canada have adopted breed-specific measures in an attempt to prevent dog bites in their communities. However, while BSL may look good on the surface, it is not a reliable or effective solution for dog bite prevention.

The AVMA is opposed to breed-specific legislation.

Any dog can bite

According to the U.S. Centers for Disease Control (CDC), more than 4.5 million people in the United States are bitten by dogs each year, and more than 800,000 receive medical attention for dog bites, with at least half of them being children. It is no exaggeration to say that dog bites pose a significant health risk to our communities and society.

The issue of dangerous dogs, dog bites and public safety is a complex one. Any dog can bite, regardless of its breed. It is the dog's individual history, behavior, general size, number of dogs involved, and the vulnerability of the person bitten that determines the likelihood of biting and whether a dog will cause a serious bite injury. Breed-specific bans are a simplistic answer to a far more complex social problem, and they have the potential to divert attention and resources from more effective approaches.

The problem with breed-specific legislation

AVMA's Policy on Dangerous Animal Legislation states: "The AVMA supports dangerous animal legislation by state, county, or municipal governments provided that legislation does not refer to specific breeds or classes of animals. This legislation should be directed at fostering safety and protection of the general public from animals classified as dangerous."

There are several reasons why breed-specific bans and restrictions are not a responsible approach to dog bite prevention:

Breed-specific laws can be difficult to enforce, especially when a dog's breed can't easily be determined or if it is of mixed breed.
Frequently, breed-specific legislation focuses on dogs with a certain appearance or physical characteristics, instead of an actual breed. "Pit bulls" are the most frequent targets of breed-specific legislation despite being a general type rather than a breed; other breeds also are sometimes banned, including Rottweilers, Dobermans and boxers. However, it is extremely difficult to determine a dog's breed or breed mix simply by looking at it. A study conducted by Maddie's Fund, a national shelter initiative, showed that even people very familiar with dog breeds cannot reliably determine the primary breed of a mutt, and dogs often are incorrectly classified as "pit bulls". Because identification of a dog's breed with certainty is prohibitively difficult, breed-specific laws are inherently vague and very difficult to enforce.

Breed-specific legislation is discriminatory against responsible owners and their dogs.
By generalizing the behaviors of dogs that look a certain way, innocent dogs and pet owners suffer. BSL can lead to the euthanasia of innocent dogs that fit a certain "look," and to responsible pet owners being forced to move or give up dogs that have never bitten or threatened to bite. Furthermore, dogs that are considered to be of a "dangerous breed" may already be serving the community in positions such as police work, military operations, rescue purposes, and as service animals. Contrary to being a liability, these animals are assets to society; however they, too, suffer due to misinformation and breed-based stereotypes. 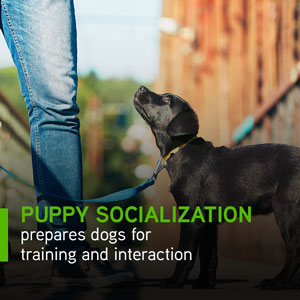 Breed bans do not address the social issue of irresponsible pet ownership.
Dogs are more likely to become aggressive when they are unsupervised, unneutered, and not socially conditioned to live closely with people or other dogs. Banning a specific breed can give a community a false sense of security, and deemphasize to owners of other breeds the importance of appropriate socialization and training, which is a critical part of responsible pet ownership. In enacting breed-specific legislation, cities and states will spend money trying to enforce ineffective bans and restrictions rather than implementing proven solutions, such as licensing and leash laws, and responding proactively to owners of any dog that poses a risk to the community.

It is not possible to calculate a bite rate for a breed or to compare rates between breeds because the data reported is often unreliable. This is because:

Animal control and legislative approaches to protecting a community from dangerous dogs should not be based on breed, but instead on promoting responsible pet ownership and developing methods to rapidly identify and respond to owners whose dogs present an actual risk.

The AVMA recommends the following strategies for dog bite prevention:

Get ready-to-use materials to address breed-specific legislation in your community.