Dr. Steven M. Solomon, director of the FDA Center for Veterinary Medicine, told attendees of a scientific forum in September 2020 that the disease accounts for more than half of the adverse event reports related to cardiac conditions, according to a written version of his opening remarks. The disease, which has emerged in animals often without known genetic predisposition, has presented a “scientifically complex, multifaceted issue,” but he noted that data from those cases have shown associations between the disease and grain-free foods, particularly those high in peas, lentils, or both. 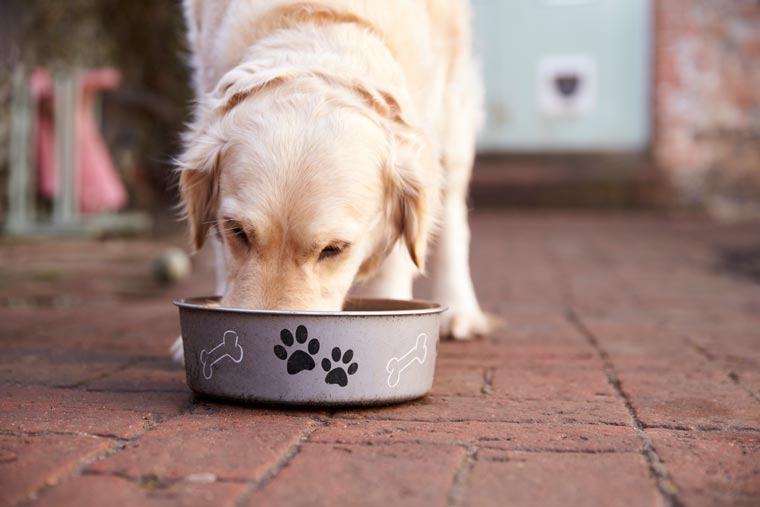 “A pattern emerged,” he said. “Dogs in cases submitted to FDA were reported to have consumed diets containing high proportions of pulse ingredients, which are dried legume seeds, including peas, chickpeas, and lentils.”

The meeting in September was a forum on DCM, hosted by Kansas State University, and included presentations by pet food company representatives, university-based researchers, and FDA CVM officials who provided an update on data collected by the agency from January 2014 through July 2020. During that time, reports of 1,100 dogs and 20 cats with DCM were shared with the FDA, and the FDA Veterinary Laboratory Investigation and Response Network analyzed records from 161 dogs.

“All dogs that fully recovered received a diet change,” the presentation states. “Nearly all dogs were also treated with taurine and pimobendan. Over half of the dogs also received an ACE inhibitor, whereas additional treatments and supplements varied.”

FDA officials issued an alert in July 2018 that they had been receiving reports of DCM in dogs of breeds not typically thought to be prone to the disease, which historically affected mostly large-breed dogs and Cocker Spaniels. In the disease, chambers of the heart dilate, they pump blood less effectively, and dogs develop lethargy, weakness, coughing, rapid breathing, and congestive heart failure.

In at least one presentation in 2019, an FDA representative said 93% of dogs identified in DCM reports had eaten diets high in peas, lentils, or both, and 91% ate grain-free diets.

In the September 2020 meeting, the Vet-LIRN presentation indicated that the network continues to see high proportions of affected dogs eating grain-free diets high in pulses, as well as dogs that recover normal heart size and function after diet changes and treatment.

FDA officials said in a follow-up announcement in November 2020 that the agency continued plans to collaborate with researchers outside the agency on studies of nonhereditary DCM and stated that it was a complex medical condition that may be affected by factors such as genetics, underlying medical conditions, and diet. They also noted that some of September’s presentation materials were available to the public.

In one of those presentations, for example, representatives from Hill’s Pet Nutrition said the company was working with pet genetics testing company Embark Veterinary to study 1,000 dogs in which DCM had been diagnosed and was evaluating potential links between the disease and various genetic markers, foods, medications, and historical factors, including spay or neuter status, according to an abstract.

In other presentations, pet food industry representatives claimed the FDA’s data are insufficient to link DCM with certain types of diets or ingredients.

A representative for Champion Petfoods, for example, said the FDA’s data were insufficient to show certain diets cause DCM, and examinations of those links should consider specific nutrients rather than broader diet characteristics, according to written comments.

Dr. George Collings, president of Missouri-based Nutrition Solutions, said in another presentation legumes and grain-free diets are diverse and subjected to diverse conditions in food production. In his written comments, he suggested increased reports of DCM may be related to other factors, such as overfeeding in dogs or recent genetic mutations that could affect dogs’ ability to metabolize glucose.

Dr. Teresa DeFrancesco, a professor of cardiology and critical care at the North Carolina State University College of Veterinary Medicine, described in September’s meeting a retrospective study that compared disease severity and outcomes for patients with DCM and congestive heart failure at the university hospital, grouped by whether they were on grain-free or conventional diets. In an interview with JAVMA News, she said the group on grain-free diets was younger overall, and it included more dogs from breeds without any known genetic predisposition for DCM.

She said a pair of unrelated Miniature Schnauzers that were on the same lentil-based diet developed DCM within four months of each other in 2017, and they became the hospital’s index cases for potential diet-based DCM. The first died despite intensive treatment, but the second became ill as the veterinary community became aware of the potential for diet-related DCM. It survived with treatment and diet change, Dr. DeFrancesco said.

Because the first Schnauzer died before July 2017, it was excluded from the retrospective study, she said.

Dogs in both groups received standard treatments, with dogs that had been on grain-free diets receiving diet changes and supplemental taurine. The groups had similar rates of arrhythmia, she said.

Dr. DeFrancesco noted that the data collected in the study don’t prove any connections between diet and heart failure. It’s difficult to say what would have happened to the dogs if they had stayed on the same diets but otherwise received the same treatments, she said.

“It’s flawed data; it’s retrospective,” she said. “And all it can do is, really, raise an eyebrow. And, fortunately, there are other investigators who are working on this in a prospective manner.”

Dr. DeFrancesco noted that she could provide only limited data at press time, as the study was under peer review pending publication. But, she said, the dogs that had been on grain-free diets then switched to a traditional diet and put on a treatment plan tended to have better recovery and longer survival times—if they survived beyond the one to two weeks after diagnosis.

She also wants to tell other veterinarians that nutrition-related cardiomyopathy can be difficult to detect.

“When you get a 4-year-old pit bull that comes to you for coughing, with no murmur, you may not think of heart disease,” she said.

Dr. DeFrancesco said it’s important for veterinarians to ask about diet when a patient develops clinical signs that might be heart related. She also encourages monitoring the heart function of any animal on a grain-free diet, as identifying disease early could help prevent irreversible damage.

In his written remarks, Dr. Solomon said the Center for Veterinary Medicine sees the rise in DCM cases as a scientific puzzle rather than a regulatory issue. He also said he has no reason to believe pulse ingredients are inherently dangerous, but grain-free foods tend to contain them in higher proportions. CVM officials have asked pet food makers to share information on how they formulate those diets.

He also expressed hope scientific exchanges would expand, collaboration would continue, and any misinformation could be corrected.

“Pet owners and the animals they care deeply about are depending on all of us,” he said.

Get the Food and Drug Administration’s update on nonhereditary dilated cardiomyopathy.