The United States Pharmacopeia voted in May to develop and revise compounding standards based on input from health care professionals, including veterinarians. The decision to approve Resolution 9—Compounding was made in response to requests from the AVMA and additional stakeholders.

The resolution reads as follows: “USP will continue to collaborate with stakeholders on standards to help ensure the quality of compounded drug preparations. New and revised standards for compounding, including beyond-use dates, will be developed based on data, scientific evidence, and input from recognized healthcare professionals and state and federal regulators.”

The white paper accompanying the resolution specifically identified veterinary medicine as an area for which additional support was needed. "Through stakeholder engagement, USP has learned of the request for standards specific to veterinary practitioners, who treat a range of species and practice in varied settings and environments,” according to the white paper.

The AVMA provides a range of resources to help veterinarians understand the fine points of prescribing and using compounded medications at Compounding. 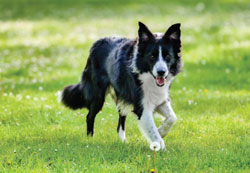 Owners of epileptic dogs can use the app to record notes and to receive reminders about veterinary appointments and medication. The app also will allow owners to record their dogs’ seizures and upload the videos to a cloud-based database. By collecting footage of thousands of epileptic dogs, Dr. Uriarte hopes to give veterinary researchers the data they need to start classifying seizures in dogs and creating more-targeted treatments.

Dog owners can download the My Dog’s Epilepsy app from the Apple Store for iPhones and from Google Play for Android phones.

A new study is focused on developing a vaccine for heartworm that could provide protection against heartworm disease and help combat the growing threat of drug resistance to preventive heartworm medications.

Researchers at the University of Liverpool in England are identifying key proteins as the basis for a canine heartworm vaccine, according to a May 19 press release from the Morris Animal Foundation. The American Heartworm Society partnered with the foundation to fund the study.

Heartworm is caused by the parasitic filarial worm Dirofilaria immitis and can be fatal if not treated promptly. Heartworms spread as larvae from host to host through mosquito bites. Once mature, the worms cause inflammation of the blood vessels and can block blood flow, leading to clots in the lungs and heart failure, as well as liver or kidney failure.

The research team previously identified how other filarial parasites similar to D immitis avoid destruction by producing a protein that blocks a key pathway alerting immune systems to their presence. The team also identified a second protein that prevents T-cells from attacking the parasites.

The team suspects the same proteins produced by D immitis have a similar effect in dogs. In this study, the team first will confirm this theory. The researchers will then test how different surface proteins on immature worms interact with white blood cells from donor dogs to see which proteins optimally stimulate a dog’s immune system, according to the release.