Thousands of dogs and cats are transported across the United States every year as part of relocation programs for shelter animals. These increasingly common programs free up valuable space and resources at source shelters and reduce the number of animals euthanized because of local overpopulation.

While the benefits of relocating shelter animals are widely recognized, stories about the early days of shelter-to-shelter transportation gone wrong still resonate today. With that in mind, the AVMA and Association of Shelter Veterinarians have developed best practices to help minimize the risks when transporting animals either across town or across the country. 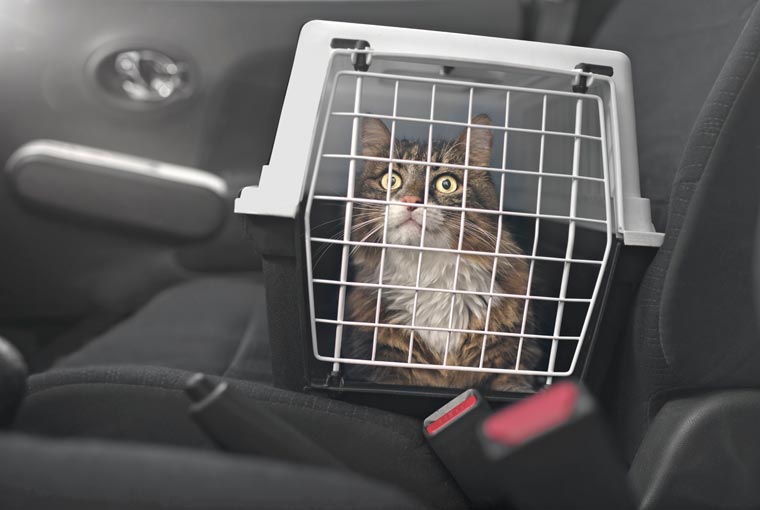 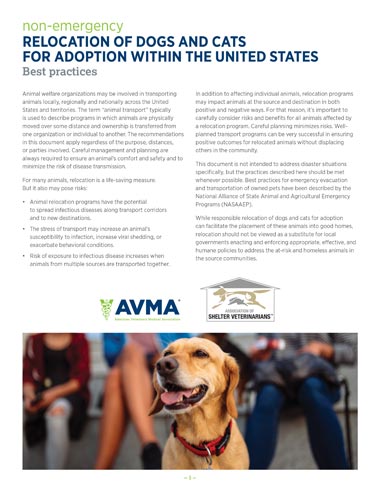 The AVMA-ASV document, “Non-emergency relocation of dogs and cats for adoption within the United States: Best practices,” published this March, is intended to apply to all types of pet relocation, regardless of purpose, distance, or parties involved, with the exception of disaster situations.

“These guidelines reflect lessons the shelter and veterinary communities have learned over the past several years about transporting adoptable animals,” said Dr. Kendall Houlihan, an assistant director in the AVMA’s Animal Welfare Division. She is also staff consultant to the AVMA Animal Welfare Committee, which developed the guidelines with the ASV.

The initial AVMA policy on relocating pets for adoption, approved by the Association in 2013, was 119 words long.

The new AVMA-ASV guidelines are 3,662 words in length and cover topics ranging from clear communication between participating shelters to ideal transportation conditions to preventing infectious diseases to special considerations for young animals, cats, and brachycephalic dogs.

“Good relocation programs do not transport dogs or cats that pose a significant risk of transmitting infectious diseases to the destination facility or community, or those that pose a public health risk because of aggression or zoonotic disease,” the guidelines state. “They carefully screen animals for infectious diseases and aggressive behavior before they are allowed to travel. They also provide vaccinations, parasite treatment and prevention, and other needed medical treatment before transport.”

Consulting a veterinarian when establishing criteria for animals eligible for relocation is encouraged.

Veterinarians, as experts in animal health and welfare, should be consulted in setting organizational criteria for animals eligible for relocation.

“Choosing which dogs and cats to transport can be complex,” the guidelines state. “For example, selecting dogs based on lowest risk for heartworm disease (e.g., 8 weeks of age and already receiving heartworm prevention) may be at odds with choosing dogs that are safest to transport when considering viral diseases.”

The number of dogs and cats relocated for adoption annually is an open question. No national system tracks these exchanges. The AVMA-ASV guidelines encourage organizations to document how many animals are moving through their relocation programs, recording each animal’s species and age as well as the incidence of behavioral and medical conditions.

Since starting its relocation program in 2014, the American Society for the Prevention of Cruelty to Animals has transported more than 141,000 companion animals on over 6,200 trips throughout the U.S., making it the largest national transporter of animals, according to Dr. Stephanie Janeczko, ASPCA vice president of shelter medicine services.

The program works with over 40 source shelters across 27 states, nearly 100 destination shelters in 35 states, and five way stations located in California, Kansas, Kentucky, Tennessee, and Virginia.

The ASPCA regularly receives applications from shelters interested in joining its animal relocation program, Dr. Janeczko said. Once a shelter completes a comprehensive application process and if it meets the requirements to be approved, the ASPCA provides ongoing education, coaching, and additional support to ensure successful integration into the relocation program. At that point, source and destination shelters are paired on the basis of travel distance, the types of animals available at the source shelters, and the types of animals requested by the destination shelters.

Each shelter in the ASPCA program is typically scheduled for two transports a month. “This regular flow of animals gives source shelters more breathing room to work on programs in their communities and work within their shelter to help lessen the need for relocation as a tool moving forward,” Dr. Janeczko said.

The relocation of rescued animals has occurred in the U.S. for decades but really took off in 2005 with the emergency response to Hurricane Katrina. That’s when numerous animal welfare organizations came together to transport large numbers of displaced animals from the South to the North.

“The ASPCA has stepped in to make these connections amongst shelters through its relocation program, which moves animals from shelters in areas of high homeless and pet overpopulation to destination shelters, where the same animals are in higher demand and will have a greater chance of being adopted,” Dr. Janeczko said.

The San Diego Humane Society is unique in that it is both a receiving and a source shelter, according to Sarah Thompson, the organization’s director for rescue for the San Diego campus. “When we have space, we’re happy to bring in animals from shelters that are jampacked, and when we’re jampacked, we have shelters that are willing to take animals from us when they have the space,” Thompson explained.

She said San Diego Humane received roughly 2,573 companion animals from local and regional shelters outside the San Diego Animal Welfare Coalition between 2015 and 2019 and transported approximately 449 animals to other shelters during the same period.

Good relocation programs do not transport dogs or cats that pose a significant risk of transmitting infectious diseases to the destination facility or community, or those that pose a public health risk because of aggression or zoonotic disease. 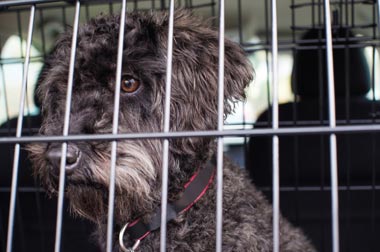 Transporting animals, whether by car, van, or plane, does have some risks. Although rare, accidents do happen, animals can become ill from the stress of travel, and sometimes undetected diseases spread to destination shelter populations. The importance of biosecurity protocols at source and at destination shelters involved in relocation was underscored in 2019 when the Centers for Disease Control and Prevention temporarily suspended dog imports from Egypt because of rabies concerns.

The AVMA-ASV guidelines stress screening of animals for infectious diseases and providing vaccinations, parasite treatment and prevention, and other necessary medical treatment prior to transport. Most jurisdictions require a certificate of veterinary inspection or health certificate for animals being relocated across state lines, the guidelines state.

As Dr. Janeczko pointed out, relocation programs are a key component of a multifaceted strategy to save animal lives. “To maximize impact,” she said, “animal relocation should be used in conjunction with additional programs that meet community-specific needs.

The AVMA–Association of Shelter Veterinarians document, “Non-emergency relocation of dogs and cats for adoption within the United States: Best practices,” is available online at jav.ma/relocate.