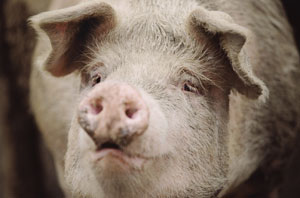 In a 386-47 vote, the House of Representatives on Dec. 12 approved the Agriculture Improvement Act of 2018, which the Senate had passed a day earlier in an 87-13 vote. The new law authorizes funding to create a new National Animal Disease Preparedness and Response Program, enhances resources for the existing National Animal Health Laboratory Network, and establishes the new National Animal Vaccine and Countermeasures Bank with immediate attention on foot-and-mouth disease.

"These programs will provide vital improvements to our national animal disease response capabilities and help protect the livelihoods of ranchers and farmers. This bill is great news for everyone who cares about animal agriculture," said AVMA President John de Jong.

A U.S.-specific livestock vaccine bank would initially provide the United States with a supply of FMD vaccine that could be used to prevent the spread of an outbreak. The nation's current supply of FMD vaccines, shared with Mexico and Canada, is seen as inadequate by animal scientists, livestock producers, and veterinarians.

The Animal Agriculture Coalition, whose members represent much of the nation's livestock, poultry, and veterinary organizations, including the AVMA, was pleased with the federal support. "Livestock and poultry producers, working together with veterinarians, work hard to ensure the health of the animals they raise," the coalition said in a statement.

"They play a central role in feeding the nation's families, as well as providing jobs that contribute to economic stability. That's why producers and veterinarians agree that preventing the impact of devastating animal diseases must be a high priority."

The farm bill also included the Pet and Women Safety Act, which expands existing federal protections for domestic violence victims to include their pets, service animals, and emotional support animals, and horses, and allows the establishment of a federal grant program to assist victims with these animals in finding safe shelter. Now renamed as "Protecting Animals with Shelter," this will also provide for the coverage of veterinary costs in restitution for domestic violence cases involving abuse against pets and these other animals. Further, the law specifies the applicable criminal penalty—a prison term of up to five years, a fine, or both—for a person who commits such an offense.

Finally, the farm bill legalized the growing and cultivating of industrial hemp under certain conditions. The law defines industrial hemp as all parts of the marijuana plant (Cannabis sativa L.) containing no more than 0.3 percent tetrahydrocannabinol. The plant and its derivatives and extracts are now exempt from the Controlled Substances Act, meaning they are no longer considered Schedule 1 controlled substances as long as they fall under the threshold concentration for THC.

Laws regulating the approval process for prospective pharmaceutical products and the criteria to conduct research on such products were not amended, however.

"There are potential implications for a variety of substances that fall into this category, including CBD, but how that space develops will depend on how the (Food and Drug Administration) proceeds and chooses to regulate. The FDA has stated they will take a close look at that in the future, and we'll engage with them in that process," said Dr. Lauren Stump, assistant director with the AVMA Government Relations Division.