Outbreak of Seoul virus in humans linked to pet rats

An outbreak of Seoul virus linked to pet rats had infected at least 13 people as of Feb. 15. The Centers for Disease Control and Prevention was assisting health officials in 15 states in investigating the outbreak. 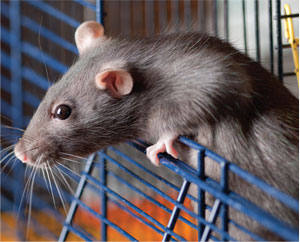 Two individuals who operated a home-based rat-breeding facility in Wisconsin became ill in December 2016. One was hospitalized. The ill individuals purchased rats from suppliers in Wisconsin and Illinois. The investigation into the outbreak revealed additional people who tested positive for Seoul virus.

Seoul virus is a member of the Hantavirus family of rodent-borne viruses and is carried in the wild by Norway rats. The virus does not make rats sick, but people can become infected through exposure to infectious body fluids or bites from infected rats. There is no evidence of human-to-human transmission of Seoul virus. The virus is found in rats throughout the world, but most human infections are recorded in Asia.