The Food and Drug Administration issued the rules on veterinary feed directives, which are similar to prescriptions, to take effect Oct. 1. The pending changes in the regulations governing medicated feed are part of an effort to increase veterinarian oversight of antimicrobial use on farms.

The FDA has warned pharmaceutical companies that they need to remove over-the-counter access to antimicrobials considered important for human medicine—as well as eliminate administration of those drugs through feed or water for production purposes—by the end of 2016 or risk regulatory action. And all companies affected have agreed to comply, according to the FDA. 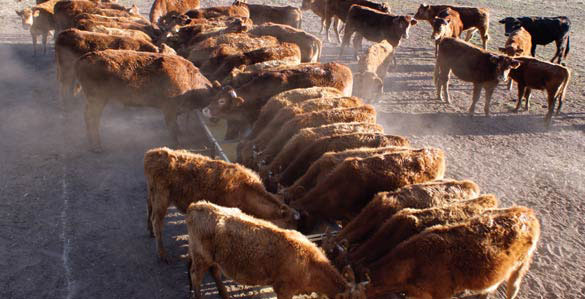 The agreements affect about 300 antimicrobial applications, which will have to be available only through prescriptions or VFDs if they are to remain approved for sale. Nearly two-thirds of the affected approved drug applications listed by the FDA as of June 4 were expected to transition from over-the-counter availability to requiring VFDs, according to FDA spokeswoman Megan Bensette.

The FDA also has removed approvals for some products that were no longer in production, on the basis of agreements with the drug approval owners.

The changes in the VFD rules are a response to complaints from stakeholders in agriculture that the current regulations, which affect only a handful of drug applications, are overly burdensome.

The new rules mean that VFD drugs will no longer be automatically classified as pharmaceuticals with a high risk of resulting in unsafe residues in tissues used for food, which has resulted in a requirement that VFDs be filled only by licensed feed mills. VFD drugs instead will be categorized case by case.

That allowance is intended to let states adjust criteria for administering veterinary care on the basis of current standards, advancements in medicine and other technologies, and regional needs. Those regional needs include access to veterinarians in remote areas, the lack of whom would eliminate access to VFD drugs.

“As veterinary oversight of the therapeutic use of certain medically important antimicrobials is phased in, FDA will continue to seek opportunities to work with our Federal, State, and other stakeholder partners to help address the practical issues associated with limited access to veterinary services in certain parts of the country,” the notice states.

The rules also revise definitions, clarify certain requirements, and cut from two years to one the required time that veterinarians must keep records of VFDs.