Study: 1 in 6 veterinarians have considered suicide

Results from the first mental health survey of U.S. veterinarians show that they are more likely to suffer from psychiatric disorders, experience bouts of depression, and have suicidal thoughts compared with the U.S. adult population. Specifically, these data suggest that nearly one in 10 U.S. veterinarians might experience serious psychological distress, and more than one in six might have contemplated suicide since graduation.

The project’s goal was to increase awareness that veterinarians have a high prevalence of mental illness and that mental health treatment and suicide prevention resources are available to those suffering, said principal co-investigator Randall J. Nett, MD. 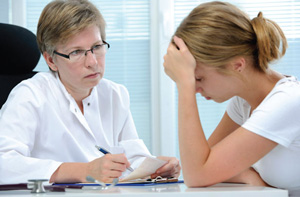 The Centers for Disease Control and Prevention published “Prevalence of Risk Factors for Suicide Among Veterinarians—United States, 2014” in its Morbidity and Mortality Weekly Report of Feb. 13. The findings come from an anonymous, online survey made available this past year to veterinarians by researchers with the National Association of State Public Health Veterinarians, Auburn University, and the CDC. The questionnaire asked respondents about their experiences with depression and suicidal behavior and included standardized questions from the Kessler-6 psychological distress scale that assesses for the presence of serious mental illness. The authors then compared the results with national figures from the CDC.

The survey results, based on answers from more than 10,000 practicing veterinarians—most (69 percent) of whom are in small animal practice—revealed the following:

Regarding the last point, the suicide attempt rates for veterinarians are below the national mean—1.6 percent for men and 3.0 percent for women. One possibility suggested by the survey authors is that veterinarians’ ready access to drugs may more often result in lethal suicide attempts, leaving fewer survivors to respond to the survey. No information was given on suicide rates.

Dr. Nett, a career epidemiology field officer for the CDC stationed at the Montana Department of Public Health and Human Services, said the survey’s results are similar to those from mental health surveys given to veterinarians in other countries, including Australia, New Zealand, and the United Kingdom. For example, one structured review found that the U.K. veterinary profession has three to four times the rate of suicide that would be expected in the general population and around twice that reported for other health care professionals (Veterinary Record 2010;166:388-397).

“I think it’s more indicative of the practice of veterinary medicine, more so, than any specific factors going on in the U.S.,” regarding the higher rates of mental illness, he said. “There’s probably a combination of certain personality traits veterinarians share, combined with the environment or stress of practice that results in some of the findings we described.”

The survey’s authors plan to submit a more detailed manuscript to JAVMA in the coming months. That report will provide data on the prevalence of the perceived stigma toward those with mental illness within the profession, attitudes toward mental health treatment and access, and job-related stressors, Dr. Nett said. It also will break down respondents’ answers by their specialty, age, years of practicing medicine, veterinary association membership, and other factors.

“This was not a study of what is currently being done to improve the psychological health of practicing veterinarians. I think it would be interesting to know comprehensively in the U.S.—through the veterinary schools and veterinary medical associations—to get a report about what is being done and to have some evidence, among those tools being used, what is actually effective,” Dr. Nett said.

“Going forward in the field of veterinary medicine, there’s going to be a greater number of female veterinarians than there even is now, based on veterinary school enrollment. Because females experience depression and suicidal thoughts more often than males, relatively speaking, you’ll likely have a higher proportion of veterinarians who are experiencing these risk factors for suicide, compared with other similar occupations,” Dr. Nett said.

During the 2014-2015 academic year, women represented 79.6 percent of veterinary students enrolled in the United States. There’s a growing body of evidence that veterinary students are experiencing increased stress, anxiety, and depression, according to the Association of American Veterinary Medical Colleges. In response, the AAVMC began hosting an annual Health and Wellness Summit last year (the International Veterinary Officers Coalition hosted the first one, in 2013). The third one will be held Nov. 2-3 at the University of Tennessee in Knoxville. The goals of the conference are to develop a common understanding of the health and wellness issues involving veterinary students and recent graduates and to continue to formulate and implement an action plan for enhancing health and wellness within the profession.

The AVMA, for its part, provides information on mental health issues on its Wellness and Peer Assistance resources Web page. In addition, members of the 2014-2015 AVMA Future Leaders program are developing resources for veterinarians with mental health issues that should be made available close to the time of the AVMA Annual Convention in July in Boston. Several presentations on emotional and mental wellness have been scheduled during the convention, including a half-day symposium facilitated by the Future Leaders on July 12.

Finally, the National Suicide Prevention Hotline website, provides a number of useful resources, including how to find a therapist or support group.