More than one in 10 animals adopted from shelters are no longer in their adoptive homes six months later, according to a report that the American Humane Association released in May.

The AHA, with funding from PetSmart Charities, surveyed 572 people who had adopted dogs and cats six months earlier from six shelters in three cities­—Charlotte, N.C.; Denver; and Fort Worth, Texas. The research is the second phase of a three-phase study on the problem of homeless pets. 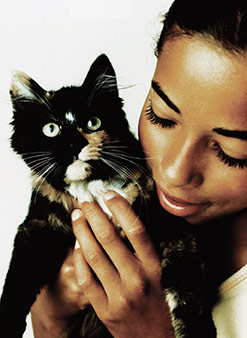 “This study explores three of the greatest issues facing dogs and cats today: the lack of willing adopters, the reasons so many pets are leaving their homes, and the pressing need to create strategies to help Americans retain their new family members,” said Dr. Patricia Olson, AHA chief veterinary adviser.

The new survey revealed that, of pets no longer in adoptive homes six months later, about 42 percent were returned to the shelters of acquisition. Thirty percent were given to another person. Other outcomes included the pet being lost or dying.

The offer of a free examination did not increase the likelihood that a pet would have a veterinary visit.

According to the report: “One possible explanation for the phenomenon is that owners will seek counsel from different sources depending upon the degree of difficulty they are having, and owners having more problems with their pets may be more likely to seek help from the adoptive shelter or as a last resort prior to returning the animal to the originating shelter.”

The survey found no difference in pet retention between those owners who had done “much research” on a pet before adoption and got what they wanted and those owners who made a spur-of-the-moment decision.

The retention rate in the survey actually might represent a “best-case scenario,” according to the report, “especially if nonparticipants and non-respondents are less likely to retain their pets than those who volunteered information.”

Researchers at the AHA will use these data from the first two phases of the study to design intervention strategies for new and prospective adopters, for implementation in the study’s third phase.

“We are dedicated to finding new ways to help more Americans adopt pets and have these family members stay in their new homes forever,” said Dr. Robin Ganzert, AHA president and chief executive officer. “Phase I and II of this critical study have provided us with key data about the problems, as well as hints to where solutions may lie.”

The results of the second phase of the study are available at www.americanhumane.org/petsmart.
​