By Greg Cima
Starting in September, most Ohio residents will be unable to collect or sell wild animals that the state deems to be dangerous. 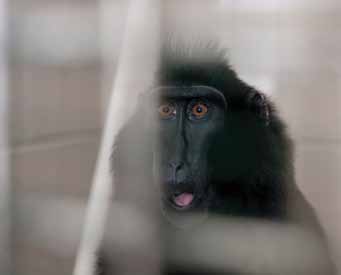 On June 5, Gov. John R. Kasich signed the Ohio Dangerous Wild Animal Act, Senate Bill 310, which, with few exceptions, will prohibit Ohioans from privately acquiring or selling any of a variety of animals such as tigers, wolves, elephants, and Komodo dragons. By January 2014, those who already own such animals will need to meet housing, fencing, and public sign requirements to gain the permits needed to keep their animals, and they will need to buy liability insurance or post surety bonds.

Ohio residents will still be able to buy “restricted” snakes, which include many constrictors and venomous species, but owning those animals also will require permits.

In October 2011, Terry Thompson, who collected wildlife at his home near Zanesville, Ohio, is believed to have cut fences and opened cages holding about 50 of his animals—including tigers, lions, wolves, and bears—and then killed himself. Police killed most of the animals on or near the man’s property, although three leopards, two Celebes macaques, and a brown bear were captured alive and temporarily housed at the Columbus Zoo.

Kasich said during a signing ceremony for the legislation that Ohio had been the “wild, wild West,” with virtually no rules or regulations on wild animal possession. Following the release of animals near Zanesville, he talked with county sheriffs who told him about other owners of wild animals such as bears, lions, and tigers.

“The people of Ohio need to know that the legislature has acted, that we now have put in place a series of laws that, I believe, are going to provide—in a common-sense, reasonable way—security for Ohioans,” he said.

The Ohio VMA advocated and testified in favor of the legislation, said Jack Advent, executive director of the Ohio VMA. He praised the new law for protecting the public, respecting animal welfare, and prohibiting new ownership of “a variety of species that never should have been owned by individuals to begin with.”

On June 8, the AVMA Executive Board created the new policy “Ownership or Possession of Wild Animals or their Hybrids,” which encourages education and safety precautions among those who would own wild animals or wild animal hybrids. It also states that the AVMA supports “reasonable regulations” on ownership, such as requirements for licenses, registration, and inspections.

The policy replaces the AVMA policy “Private Ownership of Wild Animals,” which had focused on limiting or prohibiting private ownership of wild animals that pose substantial risks to public, domestic animal, or ecosystem health as well as prohibiting ownership that would unacceptably compromise an animal’s welfare.

Ohio residents who currently own animals deemed to be dangerous must register with the Ohio Department of Agriculture by Nov. 2, provide contact information for the veterinarians who care for their animals, and have identifying microchips implanted in all their animals, absent a medical contraindication to such an implant.

Advent acknowledged that a limited number of Ohio veterinarians provide care for animals affected by the new law, and he said nobody knows how many such animals live in the state or will be relinquished by their owners. While he expects the new requirements will stretch the limited availability of veterinarians with expertise on wildlife, he thinks other veterinarians who are comfortable working with such animals may contribute care.

The new law contains exemptions for facilities such as zoos, sanctuaries, and research institutions as well as for individuals who transport animals through the state or own animals trained to provide assistance. It also allows for the transfer of ownership when a dangerous animal’s owner dies, provided that the animal goes to someone with an existing permit or that the owner’s next of kin applies for a permit.

Of the animals freed in October, five surviving animals were returned to Thompson’s wife, Marian, in early May. One of the captured leopards died while at the Columbus Zoo, and a U.S. Department of Agriculture report on the animal’s death indicates it had been injured when a door between two enclosures was closed at the wrong time.
Animal welfare
Canine
Exotics
Feline
Wildlife
Pet ownership
Legislation & regulation
State legislation & regulation