A Florida pharmacy can fill veterinary prescriptions with drugs compounded from bulk pharmaceutical-grade ingredients, a judge ruled in September.

The Food and Drug Administration had sought an injunction that would have stopped Franck's Compounding Lab of Ocala and company CEO Paul W. Franck from using bulk ingredients, rather than finished pharmaceuticals, in compounding animal drugs and shipping them throughout the U.S. The agency complaint, filed in April 2010, accused the company of illegally manufacturing unapproved animal-use drugs under the guise of compounding. 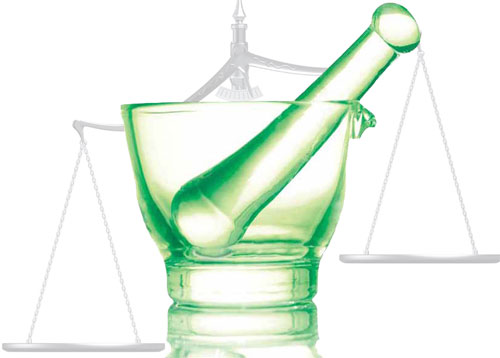 U.S. District Judge Timothy J. Corrigan wrote in his ruling that the FDA has the authority to regulate drug manufacturing and to distinguish manufacturing from compounding. Yet, he said, the FDA overreached in interpreting what authority was given to the agency by the 1938 Federal Food, Drug, and Cosmetic Act.

"However, what the FDA seeks to do here is reinterpret the FDCA to allow it to eradicate the line between manufacturing and traditional compounding of animal medications," the ruling states. "Its wholesale assertion of authority over traditional pharmacy compounding in the context of a pharmacist-veterinarian-patient relationship is contrary to congressional intent."

Asked whether the FDA was considering an appeal or other legal options, agency spokeswoman Laura Alvey said the FDA was reviewing the decision and had no further comment at that time.

Compounded animal drugs are often prescribed to provide treatments not available through commercial pharmaceuticals. In 2004, the AVMA petitioned the FDA to allow veterinarians to prescribe compounds containing bulk pharmaceutical ingredients in limited circumstances where such drugs would benefit animal health or improve medication compliance.

Dr. Bruce W. Little, then AVMA executive vice president, stated in a letter to the FDA that too few approved drugs were available to treat non–food-producing species and relieve pain and suffering. He indicated that the AVMA believed compounding from bulk ingredients might be necessary when approved drugs were not commercially available or when needed compounds could not be produced from approved drugs. 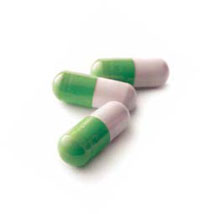 Joe Cabaleiro, RPh, executive director of the Pharmacy Compounding Accreditation Board, said his organization views the ruling as affirmation that veterinarians and pharmacists should be allowed to meet individual patient needs by compounding medications from active pharmaceutical ingredients, or those referred to as bulk ingredients by the FDA. Pharmacists use bulk ingredients when compounding to avoid introducing excipients that would not be tolerated by a patient and to increase the accuracy of ingredient amounts in a preparation. The amount of metronidazole contained in commercially available 250 mg tablets, for example, can vary 10 percent from the label amount.

"The prohibition against compounding with (active pharmaceutical ingredients) for animals has placed veterinarians and pharmacists in a difficult position—do what is best for the patient or comply with the letter of the law," he said. "Notably, this is not a choice a physician and pharmacist dealing with a human patient have to make, as the law only applies to veterinary compounding."

Franck's compounds prescription medicines for human and veterinary use and is licensed in the 47 states that require such licenses. A court document indicates that the Florida company fills about 37,000 prescriptions for compounded animal drugs annually, and those compounds account for 40 percent of its business.

Franck's Compounding Lab initially gained FDA attention because of an error that occurred in compounding a drug intended to treat muscle fatigue and exhaustion in horses. The drug was administered to 21 ponies on Venezuela's national polo team before their deaths at the April 2009 U.S. Open Polo Championship.

The FDA inspected Franck's facilities three times in the following eight months. Although the FDA complaint against Franck's mentioned the incident as a basis for the inspections, it was not used as the basis for the court complaint.

The FDA considered nearly all the business' compounded animal-use drugs to be adulterated and misbranded because they were produced with bulk pharmaceutical ingredients rather than approved finished drugs.

FDA guidance documents related to human and veterinary drug compounding express concern about pharmacies that are illegally manufacturing unapproved drugs yet claiming their actions are typical pharmacy practices. The guidance for human-use drugs, however, expresses fewer concerns about the use of bulk ingredients than the guidance document for veterinary-use drugs, a distinction Corrigan indicated was problematic.

"If the FDA's position is correct, Congress intended to give the agency the authority to require traditionally compounded medications for non–food-producing animals to go through the FDA's lengthy and involved new drug approval process but declined to require it for compounded medications prescribed for human beings," Corrigan wrote. "This is simply too much for a public health statute like the FDCA to bear."

Previous court rulings have given mixed opinions on the validity of certain rules Congress enacted in 1997 to exempt some compounded human-use drug products from regulations governing drug adulteration, misbranding, and approval. Two appellate courts and the U.S. Supreme Court agreed that advertising restrictions in the legislation were unconstitutional, but the appellate court rulings disagreed over whether the advertising provisions could be separated from other legal changes made at the same time, including the provisions regarding drugs compounded for human use. The Supreme Court did not address this severability issue.

Corrigan also said that, even if Congress had given the FDA authority to regulate traditional pharmaceutical compounding, the FDA still had not tested its views by developing formal regulations, presenting its arguments, and seeking public comment.

Because the FDA sought the injunction against Franck's on the basis of its use of bulk ingredients, rather than on the scale of its compounding operation, the judge wrote that the same type of enforcement action could have been applied to a pharmacy that filled a single prescription for a compounded product for use in one horse.

Franck said legal fees and a temporary suspension of sales of compounded veterinary drugs early in the court proceedings nearly cost him his business, which he kept solvent by withdrawing his own retirement funds and laying off employees who had worked for him 15 to 20 years. Franck's voluntarily suspended sales of compounded animal-use drugs starting in mid-May 2010 but resumed sales three months later, when Corrigan denied a government motion to ban such sales while the case proceeded.

Although Corrigan indicated the FDA could distinguish between compounding and manufacturing, Franck thinks such regulation would not be problematic for him as long as the agency focused its enforcement efforts against pharmacies truly involved in manufacturing, which state pharmacy boards could help identify.

He expressed gratitude that the district court case was finished and that the court provided some guidance for his business.

Franck said it seems clear from the judge's opinion that, when a pharmacy serves veterinarians by compounding medications formulated for patients, the use of bulk materials is governed by state authorities.

"As long as the veterinarian is writing a prescription for a particular patient, it's under state regulations," Franck said.