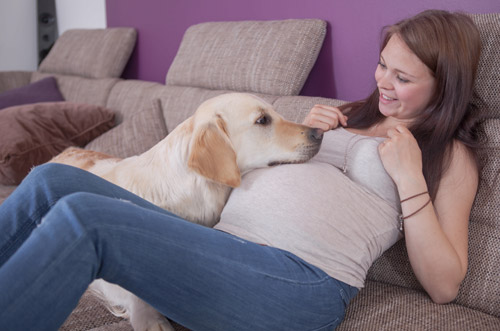 Q:  What is the human risk of exposure to the Zika virus in the U.S.?

A:  Zika virus is transmitted primarily through Aedes aegypti mosquitos (which also spread other diseases, such as dengue fever and chikungunya), though other mosquito species have been identified as carriers. Besides mosquito bites, Zika can also be transmitted through blood transfusion, laboratory exposure, or sexual intercourse, and from mother to child during pregnancy. As Zika can cause microcephaly (an underdeveloped brain) and other brain defects in fetuses, pregnant women are advised to avoid travel to areas where the Zika virus is found.

As of September 7, 2016, there had been 2,964 human cases of Zika reported in the United States, with 2,920 of those being travel-associated cases and 43 of them being transmitted locally, as reported to ArboNET, a system managed by the U.S. Centers for Disease Control and Prevention (CDC). There have been no reports of animals infected with Zika. At this time, Zika is not considered widespread in North America.

Q: Is there a vaccine for Zika?

A: There is no vaccine or treatment currently available for the Zika virus, although there is ongoing research to develop an effective vaccine.

Q: Can dogs or other pets get the Zika virus from humans, or transmit it to them?

A: According to the CDC, “There have not been any reports of pets or other types of animals becoming sick with Zika virus. However, more research is needed to better understand Zika virus in animals.”

If you are concerned about your pet contracting the virus, talk with your veterinarian about appropriate mosquito repellants and other preventive measures.

Q: Could my pet be a “reservoir host” for the Zika virus?

A: A “reservoir host” is a long-term host of a disease that generally does not become clinically ill from the disease but may carry and serve as a source of infection for others. Without research, there is no way to know whether any animals are or will become reservoir hosts of the Zika virus.

However, Dr. Maureen Long, an associate professor in the Department of Infectious Diseases and Pathology at the University of Florida College of Veterinary Medicine, finds it unlikely. As she told the University of Illinois College of Veterinary Medicine, “To our knowledge, the only species that develop a very high viral load of Zika in their blood are humans and nonhuman primates.”

The CDC also notes that animals don’t appear to be involved in the spread of the Zika virus.

Q: Can I get my pet tested for Zika?

A: To our knowledge, there are no diagnostic laboratories in the United States testing animals for Zika virus..

Q: What about risks of Zika from other animals?

A: The CDC reports there is no evidence that the Zika virus is spread to people from contact with animals.

The Zika virus was first discovered in Uganda in the 1940s in a monkey presenting a mild fever, and while nonhuman primates have the ability to become infected with Zika, the risk of monkeys and apes in the United States becoming infected with the virus is low. Additionally, monkeys and apes must undergo a mandatory 31-day quarantine period when imported into the United States. The CDC has more information about the prevalence of Zika in nonhuman primates and other species. Anyone with nonhuman primate pets or assistance animals, particularly those near areas in which Zika has been reported, should remain vigilant and seek veterinary care for the animal if any illness is observed.

This page will continue to be updated and expanded as the AVMA collaborates with authorities and subject matter experts. If you have a question that is not addressed below, please ask your veterinarian or contact us.