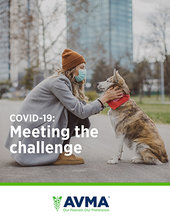 Coronavirus Disease 2019 (COVID-19) was first detected in China and has now spread across the globe, including throughout the United States. Helpful information providing a real-time look at case counts is available from the John Hopkins Center for Systems Science and Engineering.

The betacoronavirus that causes COVID-19 is SARS-CoV-2. Like MERS-CoV (the cause of Middle East Respiratory Syndrome) and SARS-CoV (the cause of Severe Acute Respiratory Syndrome), SARS-CoV-2 appears to have its origin in bats. Sequenced virus obtained from U.S. patients is similar to that found in China originally, which suggests a single, recent emergence of this virus from an animal reservoir. The exact source and precise mechanism of evolution are not known. At least two scenarios have been proposed. The first has the virus evolving to its current pathogenicity through natural section in a non-human host and jumping to humans. There are no documented cases of bat to human transmission of a coronavirus; previous coronaviruses have passed through an intermediate mammal host before human infection. The identity of the SARS-CoV-2 intermediate host is currently unknown, but several have been suggested including pangolins and stray dogs. In an alternative scenario, a nonpathogenic version of the virus would have jumped from an animal host to humans and then evolved within humans to its current pathogenic state. These are all hypotheses based on comparative analysis of RNA coronaviral sequences and none have been confirmed to date.

Early on, many of the patients at the epicenter of the outbreak in Wuhan, Hubei Province, China had some link to a large seafood and live animal market, suggesting animal-to-person spread. Later, a growing number of patients reportedly did not have exposure to animal markets, indicating person-to-person spread. Person-to-person spread was subsequently reported outside of Hubei Province and in countries outside of China, including the United States. Community spread is now evident across the United States and internationally, and different parts of the country are seeing different levels of COVID-19 activity.

On April 16, the White House, with the support of the CDC, released Guidelines for Opening Up America Again, described as a three-phased approach to help state and local officials reopen their economies and businesses, while keeping certain protections in place to help the public stay safe.