When death comes suddenly to a pet

The scenario may be something like this: Pet owners come home to find their cat or dog dead, unexpectedly, with no sign of what exactly went wrong.

The pet owners in this situation often turn to their veterinarian. Depending on the timing, they might turn to an emergency practice instead.

In some cases, a veterinarian can determine the cause of death without too much difficulty. In other cases, the pet owners might choose to pursue a necropsy. 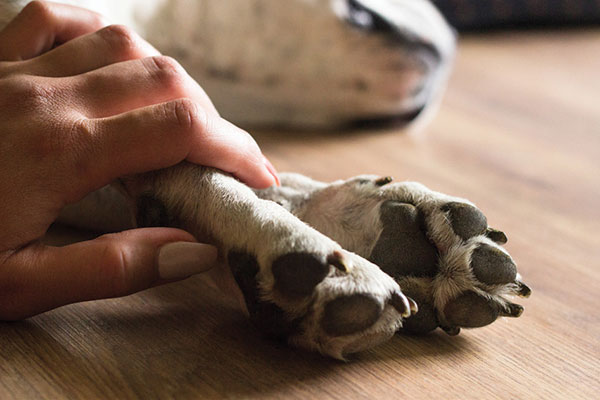 The researchers examined records of dogs and cats over 6 weeks of age, previously presumed to be healthy but presented to the veterinary college for a postmortem examination. The top five causes of sudden unexpected death among 151 dogs were, in order, heart disease, toxicosis, gastrointestinal disease, trauma, and hemorrhage not associated with trauma. The top five causes among 79 cats were, in order, trauma, heart disease, intestinal disease, respiratory disease, and urinary tract disease—with no indoor cats having died of trauma.

AVMA News talked with experts about how practitioners can handle these cases, what to look for, and why it’s important to give pet owners as much information as possible.

Recently, Dr. Margaret Stalker, a veterinary pathologist at the University of Guelph Ontario Veterinary College, wrote the article “Causes of sudden unexpected death in dogs and cats—it’s not the neighbour!” for a 2019 issue of the Animal Health Laboratory’s newsletter, debunking the notion that sudden unexpected death in pets often results from intentional poisoning.

“There are few things more traumatic for a pet owner than witnessing the completely unexpected death of a family pet, or finding a pet lying dead in the home, yard or neighborhood,” Dr. Stalker wrote. “Determining the cause of sudden unexpected death is one of the main reasons companion animals are submitted to the Animal Health Laboratory for postmortem examination.”

Among 71 cats, the top causes of sudden unexpected death were underlying cardiac disease, with almost all the cases being cardiomyopathy; trauma; miscellaneous inflammatory conditions; cases with no detectable lesions or cause of death; and miscellaneous infectious conditions.

Dr. Stalker said in an interview that practitioners often direct pet owners to the Animal Health Laboratory to determine the cause of a sudden unexpected death. Pet owners are usually quite distraught when they drop an animal off. Some animals arrive via courier or the referring veterinarian. The laboratory communicates with the referring veterinarian regarding the results of the necropsy.

Often, the pet had some underlying condition. In dogs, hemangiosarcoma kills rapidly and has subtle clinical signs. In cats, cardiomyopathies can be very subtle or clinically silent.

Death by trauma in pets generally results from being hit by cars or attacks by predators such as coyotes. Dr. Stalker did find five cases of rodenticide poisoning in dogs, but she doesn’t suspect those were intentional.

Dr. Stalker was in clinical practice herself for a couple of years prior to training as a pathologist. She said: “I know you’re faced with these situations that are highly emotional, and I think it’s worthwhile knowing that you can reach out to your local diagnostic laboratory. It will probably cost money, and it may or may not be worth that to the owner to find out, but in a majority of cases an answer is found.”

She continued, “In this little case series, between 5 and 8% were undetermined, so we can never promise that, but if there is something there, we’ll do our best to find it.”

In the United States, Dr. Bill Wigle, now retired but previously a veterinary pathologist with the Indiana Animal Disease Diagnostic Laboratory at Purdue University College of Veterinary Medicine, reviewed records at the laboratory regarding sudden unexpected death in dogs. He wrote the article “Diagnostic Profiles: Sudden Death in Dogs” for the summer 2012 issue of the laboratory’s newsletter.

The findings were similar to the findings from the University of Saskatchewan and later from the University of Guelph. Among 112 cases of sudden unexpected death in dogs from Jan. 1, 2007, through May 31, 2012, the cardiovascular system was the most common system involved. The other top causes were, in order, gastrointestinal disease, trauma, toxicosis, and respiratory disease.

Pet owners may go to an emergency hospital when a pet dies suddenly outside of regular business hours, said Dr. Erick Mears, a specialist in internal medicine who is the medical director based in Tampa Bay, Florida, for BluePearl Specialty and Emergency Pet Hospitals.

“Unfortunately, the biggest challenge in our veterinary patients is that a lot of times they won’t necessarily show that they’re sick,” Dr. Mears said. In many cases of sudden death, pet owners won’t know pets are sick until the animal dies from a tumor or an abnormal heart rhythm or a clot in the lungs.

In other cases, a pet owner might have been managing a pet’s underlying condition, and the pet dies suddenly from a fatal progression of that condition. In Florida, other notable causes of sudden unexpected death—but not unexplained death—are drowning in pools and even death by alligator attack.

When the death is unexplained, a necropsy is a way to get an idea of what happened, Dr. Mears said, but even the postmortem examination might not be able to find, say, a clot that breaks down. BluePearl may give the option of a necropsy to pet owners if the circumstances allow and then, in Florida, potentially will work with veterinary pathologists at the University of Florida College of Veterinary Medicine.

“Do we always get an answer? We don’t,” Dr. Mears said. “But, certainly, they can help rule out a lot of things.” And sometimes they are able to say what did happen.

In cases of sudden death, in general, BluePearl also will communicate with the pet owner’s primary veterinarian by email, phone, or both, including letting the veterinarian know about the final results of a necropsy.

In Davis, California, Necropsy Services Group is a three-person operation that exists solely to conduct necropsies on cats and dogs. Dr. Bill Spangler operates NSG with help from son Dr. Taylor Spangler and their colleague, Dr. Mai Mok. All three are veterinary pathologists.

With limited available resources for professional necropsies in the area—the University of California-Davis School of Veterinary Medicine does not routinely perform necropsies on outside cases—Dr. Spangler began offering the service as NSG in 2008.

Dr. Taylor Spangler, whose full-time job is at VDx Veterinary Diagnostics in Davis, said he sometimes talks with pet owners right after their pet has died, particularly when they find NSG through an internet search or a referral from the university, and a bit of grief counseling is involved. He said, “It’s not uncommon for us to answer the phone and say, ‘Necropsy Services Group, how can I help you?’ and then not talk again for 15 or 20 minutes while the owner is unloading.”

Sudden unexpected deaths are a large percentage of the cases at NSG, mostly in young animals. Causes of death range from disease to being hit by a car. Among other cases, NSG also gets calls from veterinarians after cats or dogs have died unexpectedly during or right after general anesthesia, and a necropsy might turn up underlying causes or point to an anesthesia-related problem.

The veterinary pathologists at NSG spend a lot of time on the phone explaining results to pet owners. They have honed their ability to talk about a pet’s death and give rational explanations to the owners of what might have happened and why, Dr. Spangler said.

It is not uncommon for clients to call with the suspicion that their neighbor has poisoned their pet, although a diagnosis of malicious poisoning is extremely rare at NSG. NSG does get involved in criminal cases of abuse and neglect, along with cases of chronically sick animals in which the veterinarian was never able to get an adequate diagnosis.

“I think veterinarians may underestimate the desire of pet owners to understand why their pet has died,” Dr. Spangler said. “Our clients are generally very appreciative of knowing the specifics of what happened and being able to talk about it with a professional pathologist. These pets have been beloved members of the family, and the necropsy—and the answers that come with it—seems to really help the grieving process. It helps give them closure.”

Causes of sudden death in horses, from toxic plants to lightning strikes

Sudden death in horses is relatively rare but does occur, and some of the causes can affect multiple animals in a herd, according to Dr. Sandra D. Taylor.

Ingestion of cardiac glycosides in oleander, foxglove, or summer pheasant’s eye can cause sudden death in horses. In a study of 30 horses with oleander toxicosis (J Am Vet Med Assoc 2013;242:540–549), 85% had gastrointestinal signs, 70% had kidney injury, 67% had cardiac arrhythmias, and 10% died suddenly. Overall, half of the horses died or were euthanized.

Ingestion of taxine alkaloids in yew shrubs or trees also can be lethal. Most poisonings in horses result from ingestion of hedge clippings. There is very little chance for intervention before death.

Cantharidin is the toxic principle of blister beetles, which can become trapped in alfalfa hay during baling. In a study of 70 horses with cantharidin toxicosis (J Am Vet Med Assoc 1997;211:1018–1021), most had colic and shock, 10 had polyuria or stranguria, five had diarrhea, two had gastric reflux, two had “thumps” from electrolyte abnormalities, and one had hematuria. Thirty-four horses died within 24 hours of the onset of clinical signs, with five found dead and the rest euthanized.

Aortic rupture is invariably fatal. If horses don’t die immediately, they typically develop heart failure. Aortic root rupture can happen with any breed and can be congenital or acquired. Aortic arch rupture is seen in Friesians, with an estimated prevalence of 2%.

Lightning strike is suspect if one or more horses are found dead or with ocular or skin injuries after a thunderstorm. Lightning can cause injury through ground current, a side flash of a bolt, being in contact with something that lightning strikes such as a fence, and direct strike. Sudden death results from cardiac arrest. Lightning strikes also can cause deadly barn fires.

A version of this article appears in the March 15, 2022, print issue of JAVMA.