Tragedy of Russian war ‘evidenced in every encounter’

Members of the international veterinary community continue to provide aid and support for Ukrainian pet owners and their companion animals fleeing a Russian-led invasion that, as of early July, had killed nearly 5,000 civilians, according to the Office of the United Nations High Commissioner for Human Rights.

Following are the accounts of three U.S. veterinarians who deployed to Medyka in southeastern Poland near the Ukraine border. The deployments were part of veterinary relief operations sponsored by Greater Good Charities and the International Fund for Animal Welfare. 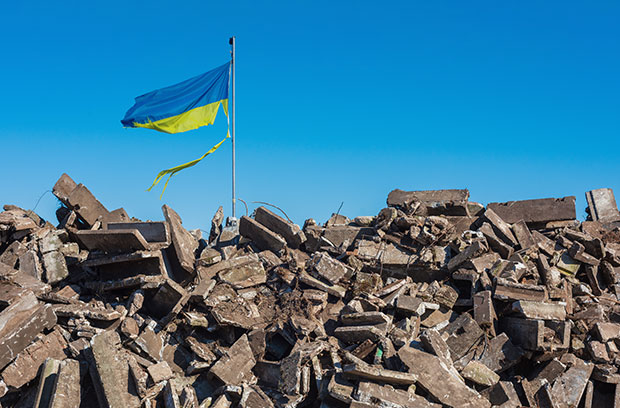 Dr. Markee Kuschel, Denver
My duties included evaluating Ukrainian pets when they came over the border with their owners. This included physical examinations, answering questions, and helping select appropriate carriers, harnesses, and food for these pets for the next part of their journey. We also held on to pets that came across the border with volunteers until their owners could claim them.

My first patient was a hamster named Caramel, brought to us in a jar by a young boy. He obviously loved the hamster, and he wanted to be sure Caramel was doing well, which he was. We were able to set him up in an appropriate hamster cage with food and water.

We had a Ukrainian family that was reunited with their two dogs after two months of being apart. It was an amazing reunion and brought us all to tears.

I felt a tremendous amount of guilt coming back to the United States. Even knowing that there were more veterinarians and volunteers present, I still felt that my job wasn't done. The Ukrainian people were so stoic and brave, and yet, you could feel the need for help.

I cannot even begin to imagine how much help Ukraine will need with the animals inside the country. We only saw the animals that made it across the border. I am not sure if we can ship medical supplies, but I am sure donations and volunteering will be needed at every level.

Dr. David Chico, Albany, New York
We were at the border crossing assisting those fleeing as they crossed into Poland. We provided medical triage as necessary, carriers, food, leashes, harnesses, jackets, and a space for cats to get out of their carriers and use a litter box and eat if warranted. Approximately 25% to 30% of evacuees were accompanied by pets, which included dogs, cats, birds, pocket pets, turtles, and even snails.

Many people had fled quickly and did not have appropriate carriers for their animals. We had cats in purses or shoe boxes with holes poked in the top, birds in jackets, and I had a mouse in a cardboard takeout container.

IFAW did not cross the border to rescue animals but supported other organizations that did with financial grants and supplies. We were not allowed by the Polish authorities to vaccinate or microchip, but IFAW was allowed to employ two displaced Ukrainian veterinarians who were stationed at the nearby train station in Poland, and they were allowed to do so. The Polish authorities were also set up nearby for more involved medical care.

Dr. Liz Whitney, Fort Collins, Colorado
We greeted refugees, relying heavily on our young Ukrainian interpreters for effective communication and addressing of needs. Although I personally only saw dogs and cats, there were a variety of pets such as birds, snakes, turtles, guinea pigs, etc. The animals were overall in very good condition and had obviously been well cared for prior to the war and were forced from the comfort of their homes.

We provided basic veterinary checks, deworming, flea and tick prevention, medications for rehydration, gastrointestinal support, calming agents for anxious pets, and first aid. A large part of our outreach was to comfort refugees and let them know we understand the importance of their animal companions.

We provided water, meals, and cages with litter to allow potty breaks for cats. In addition, we offered supplies such as coats, harnesses, leashes, carriers, extra food, litter, and potty pads for the journey. In some cases, we would hold an animal temporarily while the owner slept nearby or took care of necessary business.

More complex veterinary health conditions were referred to local Polish veterinary clinics, with IFAW covering the costs. Pet Passport needs were referred to our tent, where Polish and Ukrainian veterinarians were available for vaccinations, microchips, and necessary paperwork for traveling on to other countries. There were a few situations where refugees had to relinquish animals, and, in those cases, IFAW worked with a local shelter to cover costs for health needs, sheltering, and rehoming of the animals.

The power of the human-animal bond was well illustrated in the care and love the Ukrainian refugees showed for their pets. There was an overwhelming show of gratitude for our services, even though it was a small thing in the scope of what the refugees were facing. The resilience and strength demonstrated by refugees was incredible in the face of such disruption and adversity. The unfairness and tragedy of Russia’s war on Ukraine were evidenced with every encounter.

More than 570 human health care facilities have been disabled or destroyed in Ukraine since the Russian invasion this May, according to the Michigan-based charity. Ukrainian medical personnel lack most basic supplies and are in need of surgical equipment as well as sutures and drapes and much more, the organization said.

The IVEA will ship donated items either to the Ukrainian or Latvian national guard. Monetary donations are also welcome.

“Our veterinary connections at the guard have direct contact with the front-line medics in Ukraine,” said IVEA spokesperson Dr. Liene Liga Dindonis. “This is a simple way to channel any surplus you can come up with to directly support survival in Ukraine.”

Donations, plus the cost of shipping to IVEA’s Michigan address, are tax deductible. Receipts are available upon request. Write or send donations to the IVEA at 4888 Cannon Woods Drive NE, Belmont, MI 49306, or call 269-366-6862 for more information.

The American Veterinary Medical Foundation has raised almost $600,000 to help animals in need in war-torn Ukraine and surrounding countries. That funding was made possible by gifts from generous donors including more than $380,000 from individuals and AVMA members and private foundations as well as a gift from Merck Animal Health ($100,000) and a matching gift from the AVMF ($100,000).

To learn more or to donate, visit avmf.org.

AVMF directs more than $500,000 in donations to Ukraine

Dispatches from veterinarians in Ukraine