The shifting landscape of noncompete agreements

Across the country, noncompete agreements have long been a fact of life for many veterinarians.

Generally, noncompete agreements restrict employees who quit a job from working in that field for a specific time period in a certain geographic area. Under such an agreement, veterinarians employed at an animal hospital in a small college town might not be able to work nearby if they tried switching jobs.

For practice owners, noncompetes prevent employees from leaving a practice and setting up shop across the street, taking clients along with them.

Increasingly, noncompete agreements have been falling out of favor among government policymakers at the state and national levels. 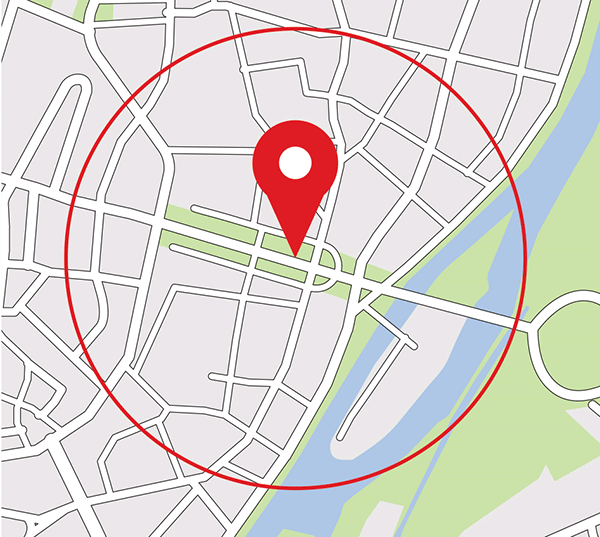 In Massachusetts, there is a bill that would ban noncompetes specifically for veterinarians. The bill was introduced by petition of Dr. Ilene Segal, past president of the Massachusetts VMA and former owner of Parkway Veterinary Hospital near Boston, where she continues to practice. Massachusetts bans noncompete agreements for physicians, nurses, psychologists, and certain other professionals. Dr. Segal said veterinarians got left out.

At the national level, the Federal Trade Commission held a public workshop in January 2020 titled “Non-Compete Clauses in the Workplace: Examining Antitrust and Consumer Protection Issues.” In July 2021, President Joe Biden issued an executive order on promoting competition that included encouraging the FTC “to curtail the unfair use of non-compete clauses and other clauses or agreements that may unfairly limit worker mobility.”

Dr. Segal said the Massachusetts VMA polled its members to see who would be supportive of a bill to ban noncompetes for veterinarians. Among 58 respondents, 55 were in favor of banning noncompetes, and three were opposed.

“Let’s say you live in a community, and you’re married with kids, and your kids are in the school system, but maybe your practice gets sold, or management changes,” Dr. Segal said. Or maybe you could earn more money or get more vacation by changing jobs. “You don’t necessarily want to have to move out of your community where you’ve established yourself and your children and your home—or drive two hours to get to work.”

Dr. Segal would not have been able to open her practice in 1996 down the road from where she had been working had she had a noncompete agreement. She would not want one of her employees to do the same, but she said practice owners should have a conversation with employees to figure out what would make them happy before they leave.

You don’t necessarily want to have to move out of your community where you’ve established yourself and your children and your home—or drive two hours to get to work.

The Massachusetts VMA sent a letter to legislators supporting the bill to ban noncompetes for veterinarians. According to the letter, “Not only do non-compete agreements stifle the industry by limiting innovation, competition, and freedom of movement, but they also result in substantial anxiety and fear of litigation in many veterinarians who have entered such agreements as a requirement of their employment.”

Devil in the details

The American Association of Veterinary State Boards asked members, on behalf of AVMA News, whether their jurisdictions have any restrictions on noncompete agreements in veterinary medicine. The AAVSB members who responded indicated that noncompetes are not the purview of veterinary state boards and that their jurisdictions don’t have any restrictions specific to veterinary medicine, but some states do have limits on the agreements generally.

“Noncompete agreements came about to allow employers to share sensitive data, trade secrets, customer lists, to basically build their businesses,” said Dr. Lance M. Roasa, president of the American Veterinary Medical Law Association. “As noncompete agreements grew up in the law, they were seen as allowing employers to invest in employees, to invest in trade secrets, and not be fearful that that investment would be stolen.”

Dr. Roasa owned 11 veterinary practices and had a law practice before recently becoming a full-time legal consultant and continuing education author for the Veterinary Information Network and for Drip Learning Technologies, also known as drip.vet. His law office handled dozen of noncompete agreements every year, and he usually was on the employee’s side. Everything is negotiable, even with a corporate practice, he said.

Noncompete agreements have become tenfold more sophisticated in the past four to five years with the labor market tightening and with private equity–backed money coming into veterinary medicine, Dr. Roasa added. He even sees noncompetes in states where the agreements are not enforceable.

“Both sides have rights,” Dr. Roasa said, and there is a line between what is reasonable and what is not.

He said the trend is for state legislatures to step in with new laws regarding noncompete agreements. Some states prohibit noncompetes for employees earning less than a certain amount, and some states limit the length of the agreements.

For practice owners, the best protection is actually a nonsolicitation agreement, Dr. Roasa said. Such an agreement might say an employee will not solicit clients that the employee met at the practice for a period of two years after leaving the practice.

Lawyers have ways to write nonsolicitation agreements that are pretty onerous, Dr. Roasa noted. For example, a no-service provision says a former employee cannot serve the old practice’s clientele. If clients from the old practice happen to walk in to the new practice, the former employee is supposed to turn them away, regardless of who contacted whom first.

Dr. Roasa emphasized that it is up to prospective employees to negotiate regarding restrictive covenants such as noncompete agreements and nonsolicitation agreements. He said, “The devil is really in the details on these.”

Dr. Beth Davidow, a diplomate of the American College of Emergency and Critical Care, owned an emergency and specialty practice in Seattle. She and her three partners sold the practice to a larger group, and she and one partner stayed on as owners. The legal agreement included language saying that if the larger group sold the practice, individual members could not object to the terms of the sale.

When the group sold the practice to another larger organization, Dr. Davidow was handed a new, five-year noncompete stating that she could not work at or for any emergency or specialty practice in North America.

Eighteen months after the second sale, Dr. Davidow decided to leave the practice, but she had two kids in school, a husband with a job, and a house, and she couldn’t work in her specialty for another three and a half years. Therefore, despite her specialty certification, she became a relief veterinarian in general practice.

She thinks shortages of veterinary specialists and emergency veterinarians, especially in larger metropolitan areas, might be partly attributable to people waiting out noncompetes.

“Emergency and critical care doctors don’t have clientele,” she said. ”You see whatever walks in to see you, but you aren’t building relationships usually in a way that you are trying to keep clients who will always come to see you.”

Dr. Davidow, who blogs on veterinary issues at vetidealist.com, petitioned her former employer so she could take a faculty job in emergency and critical care at Washington State University College of Veterinary Medicine in Pullman, Washington, a 4 1/2-hour drive away and far from anywhere her former employer has a practice. She works from home three weeks a month. Then, one week a month, she drives to Pullman and stays in an apartment so she can work in person. She decided to stay at the job after her noncompete ended.

A new law in the state of Washington took effect in 2020 that, among other things, prohibits noncompete agreements for employees who make less than $100,000 annually and limits the length of the agreements to 18 months. The law does not apply to agreements made in connection with the sale of a business, however.

Dr. Davidow said, “If you’re an emergency veterinarian right now, there is absolutely no reason to sign a contract with a noncompete because there are so many jobs out there.”

She does think noncompetes originated for a reason. She knows of a multispecialty and emergency clinic where a group of specialists left and opened a new hospital 3 miles down the road. The new hospital was hugely impactful for the old one, but both hospitals did survive.

The second component of a noncompete is the geographic area, which should be where 85% to 90% of the practice’s revenue comes from.

The third component is the time frame. Restrictive periods tolerated by the courts generally don’t exceed two years for employees.

“The legal community is becoming less and less tolerant of noncompetes,” Dr. Lacroix said. She continued, “People are saying we need to protect the consumer seeing the veterinarian that they want, and we don’t want veterinarians to have to move out of their community because the community needs those veterinarians.”

Veterinary Business Advisors suggests practices should rotate clients through all the veterinarians so the clients are bonded to the practice.

For veterinarians negotiating a noncompete, Dr. Lacroix recommends getting legal advice. She said veterinarians like to think they are jacks of all trades, but the interpretation of any legal documents should be done with the advice of a legal professional who knows how to read these documents.

“But here’s the thing: I think that owners should change their operations to help secure their goodwill rather than relying solely on noncompetes,” Dr. Lacroix added. “Relying on noncompetes should be an ancillary reliance, not the main reliance.”