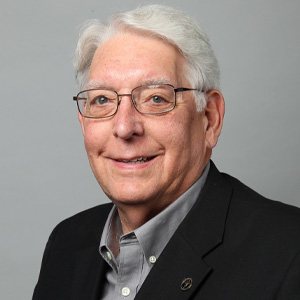 Established in 2001, the award recognizes a veterinarian who has brought honor and distinction to the veterinary profession through personal, professional or community service activities that are conducted outside the scope of organized veterinary medicine or research. The AVMA Board of Directors selects the recipient.

“Dr. Scamahorn’s influence and contributions to veterinary medicine over his decades of volunteer leadership have been invaluable to the profession,” said Dr. Jose Arce, president of the AVMA. “Throughout his career, he has epitomized everything that the AVMA Meritorious Service Award represents and proven himself more than qualified for this distinguished honor.”

At the state level, Dr. Scamahorn has served a number of roles with the Indiana Veterinary Medical Association (IVMA), including board of directors district representative (1986-1989), board chairman (1988-989), vice president (1989-1990), president-elect (1990-1991) and president (1991-1992). Following that involvement, he has stayed committed to contributing to organized veterinary medicine in Indiana, including as chair of the IVMA Legislative Committee and a number of IVMA task forces addressing membership redesign, practice act review, and increasing member involvement. He also served on the Indiana Board of Veterinary Medical Examiners on their Controlled Substances Advisory Committee.

Additionally, Dr. Scamahorn is one of the founding members of the Indiana Animal Health Foundation (IAHF) and currently serves as its board president. Over the last 25 years, the IAHF has raised more than $600,000 for programs to support scholarships, service animals, and other areas of veterinary medicine and animal care.

At the national level, Dr. Scamahorn has been an active participant in AVMA leadership during his career. This includes serving in the AVMA House of Delegates (1993-2004) and the AVMA Executive Board (2005-2011), including a term as the executive board chair from 2009-2011. He also served on a number of AVMA councils and committees, including:

Previously, Dr. Scamahorn has been recognized as the Indiana Veterinary Medical Association Veterinarian of the Year (1994) and has received the Purdue University School of Veterinary Medicine Distinguished Alumnus Award (2001).