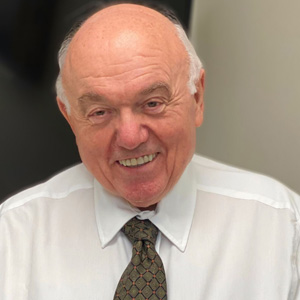 “Throughout his long and distinguished career, Dr. Nave’s efforts and vision have helped create a more globally connected veterinary profession,” said Dr. Jose Arce, immediate past president of the AVMA. “It is for this reason that I, along with former AVMA President Dr. Douglas Kratt, nominated Dr. Nave for this award, and I am truly grateful to the association for recognizing him with this tremendous honor.”

“Dr. Nave has served our profession in so many ways, including his vision for veterinary medicine on the international stage,” said Dr. Kratt. “It is the basis for many of our relationships we have across the globe.  It was an honor to co-nominate Dr Nave.”

During Dr. Nave’s tenure as an AVMA leader—which began with service in the AVMA House of Delegates in 1985—he recognized the importance of building a strong and mutually respectful relationship between the Mexican and U.S. veterinary professions, as trade agreements and proximity meant that many issues that affected one country would very likely impact the other.

Early efforts at relationship building led by Dr. Nave resulted in what is now known as the North American Veterinary Leadership Meetings (NAVLM), which are held every 12 to 24 months and currently include AVMA officers and other leaders from the AVMA and American Association of Veterinary Medical Colleges (AAVMC), and leaders of the veterinary professions in Mexico and, since 2003, Canada. These meetings have allowed for regular discussions of cross-border issues and strengthened relationships among veterinary professionals in North America.

In the late 1990s, Dr. Nave, together with staff and volunteer leaders serving the Council on Education (COE), worked to establish a relationship between the COE and similar accrediting bodies in other parts of the world to identify commonalities and differences among veterinary educational accreditation systems. Early interactions among these accrediting agencies led to the first meeting of the International Accreditors Working Group (IAWG) in 2002. The IAWG continues to meet today with a focus on developing and refining processes for joint accreditation site visits and discussing best practices in quality assurance of veterinary education.

In June 2001, the AVMA executive board established a new volunteer leadership position referred to as the globalization monitoring agent. In recognition of his foresight and ability to build relationships with colleagues around the world, the board appointed Dr. Nave to this position’s first six-year term, reappointing him to a final six-year term in 2007. Although the globalization monitoring agent was initially focused on monitoring international education, accreditation and licensure issues, the role expanded during Dr. Nave’s tenure to encompass all global issues in veterinary medicine.

In April 2007, the AVMA executive board established the Committee on International Veterinary Affairs (CIVA) to study global issues affecting the veterinary profession, such as the role of the AVMA in international affairs, how to form partnerships to help prevent potential disruptions in food supplies, and accreditation of veterinary education, and to recommend to the board related courses of action for the AVMA. Dr. Nave, as the AVMA globalization monitoring agent, chaired this new committee. His leadership and vision created a strong foundation for the CIVA.

Early efforts led by Dr. Nave to establish a centralized infrastructure for the AVMA’s international activities that were anchored by the CIVA included:

“Dr. Nave’s tenure as director of international affairs and chair of CIVA concluded at the end of 2013, yet his efforts to establish a centralized infrastructure to better coordinate the AVMA’s international activities live on today,” said Dr. Janet Donlin, AVMA CEO. “His wise counsel and global perspective have led to collaborations that have improved veterinary education, advanced animal health and welfare, contributed to public and ecosystem health, and significantly raised the status and visibility of the profession of veterinary medicine.”