The honors, announced by 2019-2020 AVMA President Dr. John Howe, recognize those who have made a positive impact on health, veterinary organizations and the profession.

This year's recipients are: 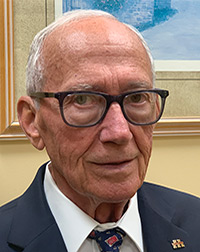 Veterinary medicine runs in the veins of Dr. William F. Maher, a 1969 graduate of the University of Minnesota School of Veterinary Medicine, whose father, uncle and great uncle also served as veterinarians in Minnesota.

Dr. Maher was born in San Francisco in 1943 while his father, Capt. Martin P. Maher, DVM, was stationed at the Presidio working at the U.S. Army Remount Stable. After WW II the family moved to Vesta, MN, where Dr. Maher’s father started a veterinary practice.

After veterinary school, Dr. Maher practiced with his father before cofounding Southwest Vets in Marshall, MN, in 1972. He eventually partnered with Dr. Elmer Reich and started Marshall Animal Clinic, primarily focusing on bovine and equine reproduction.

“Dr. Maher has set the highest example and offered constant encouragement to students considering a veterinary career,” said Dr. Howe. “His professionalism and dedication to veterinary medicine, his clients, his patients and his employees were a road map to a rewarding and successful career. Dr. Maher represents the type of mentoring that contributes to the health of the veterinary profession.” 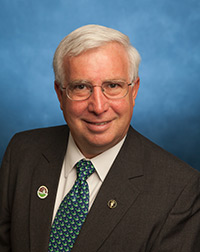 Dr. Fobian received the President’s Award in recognition and gratitude for his commitment to leadership by example and his encouragement for individual involvement in organized veterinary medicine.

“Because of his stability, consistency and dedication, his actions have led to a stronger AVMA and have influenced many current and up-and-coming veterinarians,” Dr. Howe said.

Dr. Fobian, of Sedalia, MO, has more than 40 years of experience as a veterinarian. He attended the University of Missouri-Columbia, obtaining a Bachelor of Science in wildlife biology in 1972 and his Doctor of Veterinary Medicine degree in 1977. He worked as an associate veterinarian in a mixed animal practice in Nevada and Marshall, MO., before starting his own small animal practice in Sedalia, MO, in 1981. Owning, operating and staffing Thompson Hills Animal Clinic for thirty-five years was his ongoing passion. From 1972 to 1978, he also served in the U.S. Army Reserve as a medic for the 5503rd Army Hospital.

Dr. Fobian began his volunteer leadership within the profession by serving on the Missouri Veterinary Medical Association for many years, and was the association’s president in 2003. He went on to serve a six-year term as District VII representative on the AVMA Executive Board before being elected president of the AVMA, holding that position in 2013-2014. In addition, he served as chair of the American Veterinary Medical Foundation Board of Directors for two years.

Earlier this year, he was presented with the Distinguished Legislative Leadership Award from the Missouri Veterinary Medical Association. That honor recognizes legislative leadership consistent with the MVMA mission; protecting the health and welfare of animals and relieving their suffering; advancement of public health; and the conservation of animal resources. 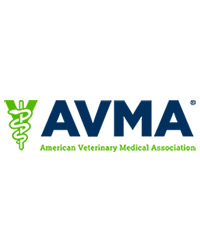 Seldom is an award bestowed upon such a large group – in this case, approximately 170 staff members at the AVMA headquarters in Schaumburg, IL, as well as the Government Relations Division in Washington, DC.

Yet it’s not only appropriate, but well-deserved, in recognition and gratitude for their hard work and dedication on behalf of the AVMA and its members, said Dr. Howe.

“From legal representation, communications, marketing, and data collection to the multitude of office-related tasks that make life easier for all, these individuals have tirelessly supported the association and the veterinary medical profession,” Dr. Howe said. “Their dedication makes them the greatest assets of the AVMA.”