PetSmart plans to sell veterinarians hospital space within the company’s retail stores under a franchise model.

The company currently has veterinary hospitals in about 700 stores, many of them operated by Banfield Pet Hospital. Other retailers with in-store veterinary practices include Petco, Walmart, Meijer, and Tractor Supply Co.

PetSmart plans to open the first franchise locations under the name of PetSmart Veterinary Services this year. 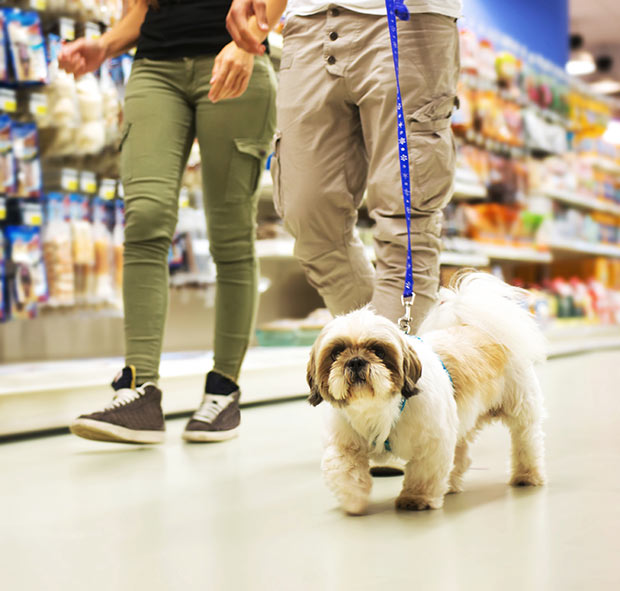 “With space available for veterinary hospitals inside PetSmart stores that are ready to be filled, each location is outfitted with the most efficient, cutting-edge equipment for the veterinarian,” a company announcement states. “PVS will also provide each practice owner with built-in resources for marketing, information technology, construction, training, reporting and ongoing consultation to allow providers to focus on doing what they love: providing the best care for patients while building lifelong relationships with pet parents.”

John Bork, senior vice president for PetSmart Veterinary Services, said the company was not ready to provide details on the initial cost to buy a franchise location but it would be “a fraction of the cost” to open a stand-alone full-service hospital. Bork said PetSmart has about 1,600 locations across the U.S. and intends to provide veterinary care in all of them.

PetSmart spokesperson Amber Schlaefer added that the price would vary by location, and the company plans to waive some costs for the first six months of the agreements. Franchise owners would make regular payments to use the space, branding, and technology.

“At this time, we will not charge initial franchisee fees, and other costs will be dependent upon the type of services the veterinarian will incorporate into their location as those services may require specialty equipment or the purchase of additional items to provide,” she said.

Each franchise hospital would be required to be accredited by the American Animal Hospital Association, the company announcement states.

Bork said the franchise owners would typically agree to run the hospitals for at least five years, and PetSmart intends to let veterinarians continue operating those practices far longer. But Schlaefer noted that the terms of each agreement would depend on the amount of time that PetSmart has remaining on each store’s lease.

“We are unable to commit to time beyond which PetSmart is allowed to occupy the space, which is averaging around eight years for each location,” she said.

Bork said PetSmart’s franchise model will help many veterinarians who want to own a practice and otherwise couldn’t because of the consolidation within the industry. He said franchise owners will run full-service hospitals “inside what I think is the best veterinary lobby in the country.”

“There’s over 5,000 pet owners walking through their lobby every single week,” he said.

Dr. Peter Weinstein, founder and president of PAW Consulting, said PetSmart’s franchise plan looks good on paper. The plan’s value to veterinarians will depend on factors such as any initial construction and equipment costs, recurring payments to PetSmart, profit-sharing agreements, and foot traffic within the store.

“If it’s a turnkeylike operation, it would allow a veterinarian to potentially enter at a lower upfront cost than buying or leasing a startup or buying or leasing an existing hospital,” he said. “The question that always arises with franchises is: What’s the franchise fee?”

Dr. Weinstein recommends that any interested veterinarian hire an attorney who understands franchise law, an accountant who can understand the financial benefits of the arrangement, and a veterinary practice consultant. Buying into a franchise, whether it’s PetSmart or McDonald’s, provides the backing of that chain—at a cost.

A 2014 article from The Oregonian indicated Banfield had stopped offering those franchise agreements in 2009.