Millions of loans have been made through federal program

In early May, the Trump administration announced that more than 2 million loans totaling $175 billion had been made to small businesses during the second round of the Paycheck Protection Program. Some veterinary practices are weathering the COVID-19 pandemic with the help of these loans.

Created by the Coronavirus Aid, Relief, and Economic Security Act to help struggling businesses during the pandemic, the PPP is a loan program designed to incentivize small businesses to keep their workers on the payroll.

When the initial $349 billion that Congress appropriated to the program ran out in April, lawmakers allocated an additional $310 billion to the PPP. Nearly 4 million loans, totaling over $500 billion, have been made since the program’s launch. 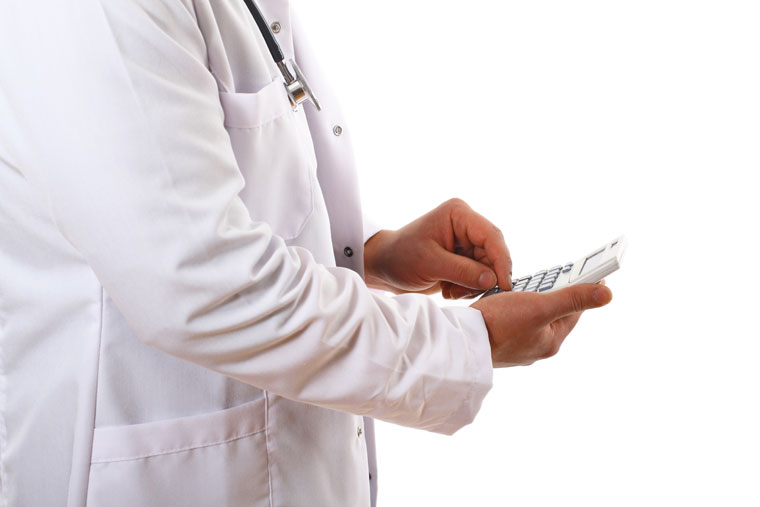 Dr. Ray Cahill, owner of SeaPort Veterinary Hospital in Gloucester, Massachusetts, applied and was approved for a PPP loan during the first round of funding in April. As a result, Dr. Cahill said, he was able to retain his 14 employees, including three veterinarians.

The most immediate impact of the pandemic and Massachusetts’ safety protocols was apparent in staffing at the hospital. A third of the staff members started working from home because they had underlying conditions that put them at higher risk of severe illness or needed to look after a sick family member.

We had to limit our capacity for what we could handle in the course of a day. The phone was still ringing, but we had to dial back according to what was reasonable for us to handle.

“Going from 15 people running the hospital to 10 people was huge,” Dr. Cahill said. “We had to limit our capacity for what we could handle in the course of a day. The phone was still ringing, but we had to dial back according to what was reasonable for us to handle.”

The stress on the staff was also evident, so Dr. Cahill asked his employees not to talk about the coronavirus at work. He said: “That actually went a long way. Staff felt like work was a place where they could get away from the virus to some degree.”

As of early May, revenue at Dr. Cahill’s practice was down roughly 50%, not because the phone wasn’t ringing, but because of what the staff could reasonably handle, he said.

Dr. Dan Atlas also was approved for a PPP loan during the first round in April. He employs eight full-time staff members at his practice, Beaver Brook Pet Center and Pet Lodge in Evergreen, Colorado.

“Initially we were limiting clients to one in the building at a time, but by the end of the third week of March, we went to strict curbside pickup and drop-off,” Dr. Atlas said. The boarding facility constitutes roughly 20% of Dr. Cahill’s revenue, and the 30 runs were almost empty between late March and early May.

“I’d say we stayed pretty busy through March, but by the first half of April, our client visits dropped at least 50%,” he said. “Everybody was just concerned about going out.”

As a result, Dr. Atlas reduced hours of operation from six to five days a week and extended patient visit times from 30 minutes to an hour to allow time to manage the pets and for staff members to don protective gear.

As of early May, Dr. Atlas thought business might be picking up slightly, but he expected the coming months to be challenging for veterinary practices. “With the economy slowing and recession looming, I think we’re going to see people putting off pet care for the time being,” he said.

The Small Business Administration will forgive PPP loans if many of the employees of a business are kept on the payroll for eight weeks and the money is used for payroll, rent, mortgage interest, or utilities.

On May 15, the SBA released the PPP Loan Forgiveness Application (PDF), which includes detailed instructions for borrowers and the calculation of PPP loan forgiveness. Release of the form comes as a welcome development for small businesses, many of which have already begun spending their PPP funds and have been following informal guidance while they awaited official SBA directives.

The form offers several components to reduce compliance burdens and simplify the process for borrowers, including the following:

The SBA says it will issue further regulations and guidance to assist borrowers as they complete their applications and to provide lenders with guidance on their responsibilities. Under the current law, PPP loan repayment is deferred for six months following the date of disbursement.

No tax deduction is allowed for an expense that is otherwise deductible if the payment of the expense results in forgiveness of a Paycheck Protection Program covered loan, according to the Internal Revenue Service’s Notice 2020-32, issued on April 30.

The clarification confirms that businesses cannot claim tax deductions that are normally fully deductible, such as covered rent obligations, covered utility payments, and payroll costs consisting of wages and benefits paid to employees. The IRS notice points out when Congress outlined the PPP, created by the Coronavirus Aid, Relief, and Economic Security Act, it said loan forgiveness is not taxable income but said nothing about deducting the expenses paid with such loan proceeds.

“This is an unwelcome development and would appear to cut against the congressional intent in passing the CARES Act,” said Dr. Kent McClure, AVMA’s chief government relations officer. “We are looking to see what can be done, along with many in the small business community.”

A bipartisan group of senators have responded to the IRS notice with the Small Business Expense Protection Act of 2020 (S 2612). The bill clarifies that the receipt and forgiveness of coronavirus assistance through the PPP does not affect the deductibility of ordinary business expenses.