Pet store puppies remain a source of infections in humans with Campylobacter jejuni strains that are resistant to the recommended antimicrobial treatments.

Officials from the Centers for Disease Control and Prevention previously published reports on C jejuni outbreaks since 2016 that involved puppies at pet stores. A scientific article published in September 2021 identifies the outbreaks as part of an ongoing decadelong problem. 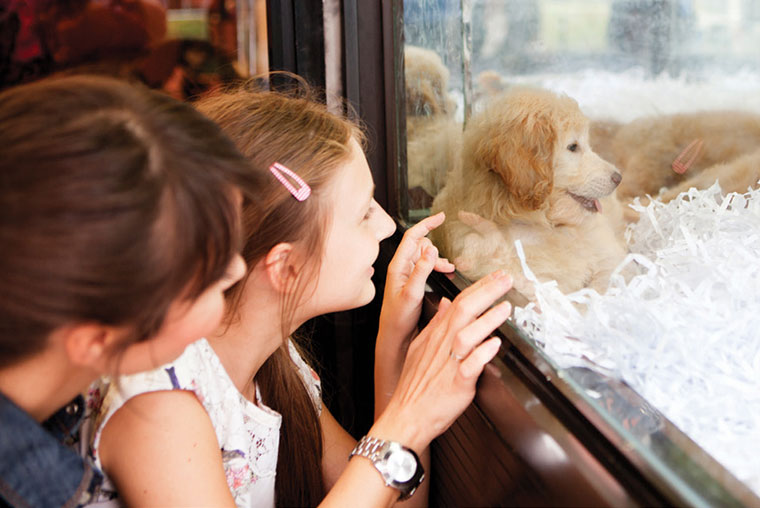 The article, published in JAMA Network Open, describes analysis of 168 Campylobacter infections that occurred from 2011-20 and had epidemiological or molecular links to pet store puppies. Among the patients who responded to questions, 97% reported contact with a dog in the week prior to symptoms; among those willing to provide additional information, 88% reported contact with a puppy from a pet store.

The article also suggests the true number of infections likely numbers in the thousands as the CDC estimates only one in 30 Campylobacter illnesses is identified, mainly because most people do not seek medical care.

Louise K. Francois Watkins, MD, is one of the article authors and a medical officer in the CDC’s Enteric Diseases Branch. She said that while the article describes cases tracked through February 2020—at the beginning of the COVID-19 pandemic in the U.S.—the CDC continues seeing new infections in humans with closely related strains. The number of confirmed cases has declined since the start of the pandemic, but she said this may reflect a decline in reported cases and people may be infected about as often as before.

She noted that overall pathogen report numbers have declined during the pandemic and cited possible contributing factors such as resource constraints in public health laboratories and increased reluctance by patients to see physicians in person, which reduces the number of stool samples provided.

A preliminary report published by CDC officials in the agency’s Sept. 24 Morbidity and Mortality Weekly Report indicates the CDC’s Foodborne Diseases Active Surveillance Network identified 26% fewer infections overall in 2020 than the annual average for 2017-19 and a 23% decrease in confirmed Campylobacter infections. Public health interventions to prevent SARS-CoV-2 transmission—such as travel restrictions and restaurant closures—may have contributed to that decrease, as could changes in health care use and capacity of public health laboratories, the report states.

The article details the results of two investigations from 2016 to 2020, with confirmed infections in people and animals. The pathogen spread to a mix of pet store customers, employees, and other visitors. Many of the exposures occurred through a single pet store chain—identified in previous reports as Petland—but they were not limited to that chain, as people who became ill reported exposures to puppies at other retailers and dog breeders.

The investigators also were unable to identify a common source of infection among breeders, transporters, or stores.

“The commercial dog industry could implement measures to curb unnecessary antibiotic use and improve hygiene and infection control at all levels from breeding facility to pet store, similar to those taken by the food animal production industry under U.S. Food and Drug Administration guidance,” the article states. “Veterinary school curricula, continuing veterinary education focusing on antibiotic stewardship for veterinarians working with the commercial dog industry, and increased veterinary oversight within the industry may improve prescribing practices.”

Dr. Francois Watkins said her team had difficulty getting details on antimicrobial administration in the pet sales industry. But she expressed concerns that antimicrobial products may be administered to dogs as part of store protocols, rather than in consultation with veterinarians following evaluations.

Veterinarians in clinical practice also can counsel clients about, for example, safety measures to follow when cleaning up after a new pet. Diagnostic tests in at least some veterinary patients have helped identify the C jejuni strains in dogs, Dr. Francois Watkins said, and more testing could help identify links between infections in humans and animals.

Extensively drug-resistant bacteria present a one-health issue requiring collaboration across human and animal health disciplines, she said. She wants partners in the veterinary community to know these strains are circulating in animals and they may limit treatment options.