In a normal year, crowds jam the aisles of animal barns at the Minnesota State Fair—especially the “Miracle of Birth” exhibit.

People gather to see the first moments of calves, lambs, and ducklings.

Weeks after the 2019 fair ended, the Minnesota Department of Health identified 11 fairgoers who were positive for infection with Escherichia coli O157:H7, seven of whom were hospitalized and one of whom developed hemolytic uremic syndrome. Ten of the 11 people with confirmed infections had visited the “Miracle of Birth” exhibit, a higher proportion than among the average fair attendees. 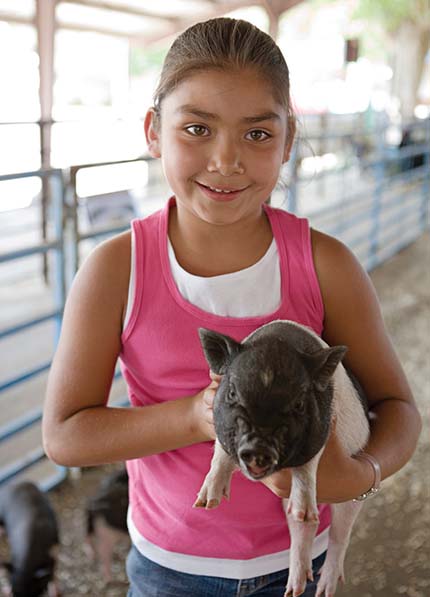 Dr. Malia Ireland, a zoonotic diseases epidemiologist for the state health department, said in a presentation for a public health series at AVMA Virtual Convention 2021 that veterinarians can help to reduce zoonotic disease risks—not only in agricultural settings but also in a rising number of interactions between people and animals. In the Twin Cities, goats mix with people at yoga sessions and in one brewery’s beer garden, she said. Cat cafés are becoming more popular, and people are bringing their dogs to restaurants.

“If you have clients who are running agritourism venues, you can start discussions about zoonotic diseases,” Dr. Ireland said. “Have they thought about how to protect their visitors? What questions do they have that you can help with?”

Enteric diseases linked to animals or their environments cause an estimated 450,000 illnesses each year in the U.S., with 5,000 hospitalizations and 76 deaths, according to the Centers for Disease Control and Prevention.

In 2020, CDC officials published an analysis of 59 enteric disease outbreaks that began in 2017 and were associated with animal contact. They found 18 Salmonella outbreaks, by far, caused the most harm, with 1,237 illnesses and two deaths, and Cryptosporidium caused the second most illnesses through 21 outbreaks with 158 illnesses. 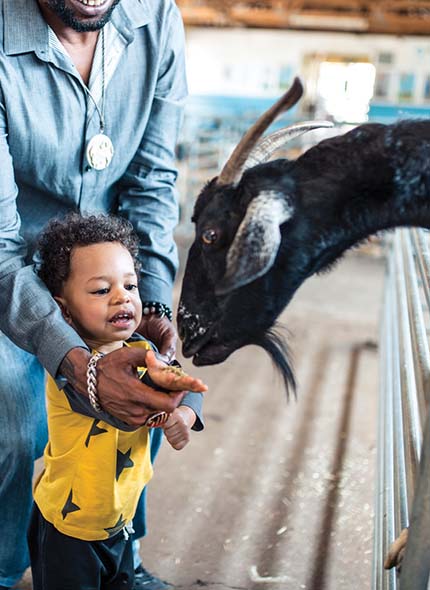 The 2017 National Association of State Public Health Veterinarians’ Compendium of Measures to Prevent Disease Associated with Animals in Public Settings (J Am Vet Med Assoc 2017;251:1268-1292), which is the most recent edition, states that young children are at greater risk than adults of acquiring enteric pathogens from animals. It also indicates stress increases the likelihood animals will shed pathogens, and commingling animals increases the probability those pathogens will infect other animals, the compendium states.

“Young animals, which are frequently included in settings such as petting zoos, farm visits, and educational programs for children, have a higher prevalence of shedding enteric pathogens such as E coli O157:H7 than do mature animals,” the NASPHV compendium states. “Animal shedding of E coli O157:H7 and Salmonella organisms is highest in the summer and fall, when traveling animal exhibits, agricultural fairs, and farm or petting zoo visits are commonly scheduled.” 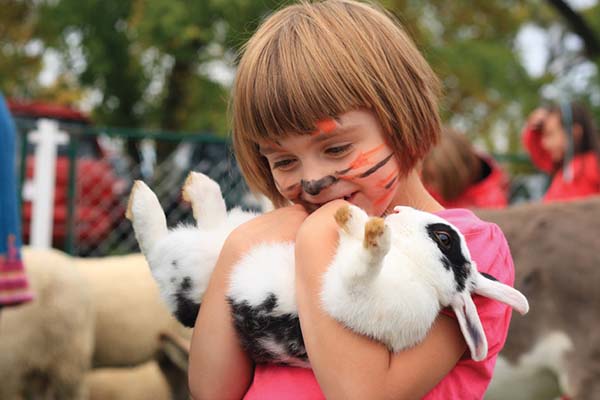 Carrie Klumb, senior epidemiologist at the Minnesota Department of Health, said in another of the public health presentations at AVMA Virtual Convention 2021 that, from 2002-17, U.S. farms’ reported income from agritourism and recreation grew 370%.

Her state alone has 93 county fairs and a state fair that together draw about 4.5 million visitors each year. About 300 more nonfair agritourism venues in Minnesota attract an unknown number of people with petting zoos, farm stays, tours, and breakfasts.

“Because there is no professional organization and there is no licensing requirement in our state, it’s hard for operators to find credible information and really learn what those best practices are,” she said. “So the health department saw a need to work upstream to try to prevent these outbreaks from happening in the first place and really try to provide those resources and those best practices to operators that wouldn’t otherwise know where to find them.”

The department has been offering free education through its Safer Farm Animal Contact Exhibits program; has developed handouts for venue operators to distribute ahead of field trips, tours, and school visits; and has produced videos on how to set up venues in ways that protect visitors.

Dr. Russ Daly, South Dakota’s state public health veterinarian, is chair of the committee that is starting work this fall on updates for the next edition of the NASPHV’s compendium. He has similar concerns about getting information into the hands of people running small-scale agritourism operations. The operators of fairs and other large-scale attractions tend to be familiar with the compendium, he said, but he worries that the owners of a small dairy, for example, may have difficulty finding that information.

As his NASPHV committee works to update the compendium, its members also have developed a toolkit with handouts and flow charts intended to be useful for small operations.

“So, now our challenge is: How do we make sure people are aware of that?” Dr. Daly said. “Every state’s a little different, and that’s where the state public health vets come into play.”

Local veterinarians, too, can help advise their clients on how to keep people safe—not only the public but also farmers and their families, Dr. Daly said.

“We have a public that is less exposed to these germs on a daily basis, so their immune systems are not equipped to deal with some of these exposures,” he said. “And even our farmers who work with animals every day, they’re not immune from getting sick.” 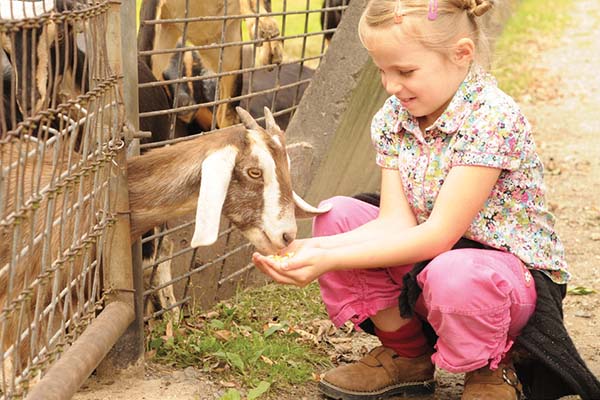 Dr. Joni Scheftel, Minnesota’s state public health veterinarian, described those risks to farmers and farmworkers during a session in the public health lecture series. Pathogens are an occupational hazard in animal agriculture, she said.

She and colleagues within the Minnesota Department of Health analyzed data from 2012-16, especially the sporadic illnesses among people who had contact with agricultural animals. Among their findings, she said, the people who live or work on farms were eight times more likely to develop zoonotic enteric infections than the general population in the state.

“Traditionally, agricultural research has focused on noninfectious hazards in farming, such as injuries, pesticides, hearing loss, and other noninfectious threats that have been really well studied,” Dr. Scheftel said. “But systematic population-based surveillance on zoonotic diseases, particularly enteric diseases in animal ag workers, is lacking.”

The researchers published their findings in a 2020 article in the Journal of Epidemiology and Infection.

The NASPHV’s compendium details potential contamination sources and factors that mitigate enteric zoonotic disease risk, including cleaning and sanitation methods, facility designs that separate people from contaminated surfaces, and selections of animals for exhibits. It also includes providing regular inspections of animals by veterinarians and veterinary care for ill animals.

“Contact and interaction with animals in public settings can be a valuable means of education and entertainment,” the compendium states. “People who provide these opportunities to the public as well as those attending such venues should be aware of the potential health risks associated with such venues and understand that even apparently healthy animals can transmit pathogens.”

Dr. Daly, who was also chair of the committee that wrote the 2017 edition, said it’s unclear whether the U.S. is seeing any changes in the volumes of people becoming ill after contact with animals in public settings, especially as most illnesses go unreported.

“I don’t know that there’s been any dramatic trends that we’re able to put our fingers on,” Dr. Daly said. “One thing, when we talk about animals in public settings that’s changed in the last year and a half, of course, is that many of those venues and events were shut down due to COVID.”

But the numbers of confirmed infections also may decline because people have been more reluctant during the pandemic to seek medical care for stomach cramping, vomiting, and diarrhea. And Dr. Daly noted he has seen fewer enteric disease–related updates as veterinarians in public health departments have shifted toward work on the COVID-19 response.

During the past 10 years, the people who run animal events and venues have been adding more signage and thinking more carefully about how to reduce visitor contact with animals—especially at fairs and other large annual events, Dr. Daly said. And he thinks the infectious disease principles learned by the public during the pandemic could help people remain more attuned to the overall need for hand-washing and hygiene to reduce their disease risk.

Dr. Megin Nichols, enteric zoonoses activity lead for the CDC, said people can take small steps to prevent illnesses, notably hand-washing and keeping food out of environments with animals. Infections can be severe or even deadly, especially for young children, people older than 65, and those with weakened immune systems.

“Any illnesses, any outbreaks that occur are preventable,” she said.

Veterinarians are key to reducing transmission in public settings, especially as people find new ways and venues to interact with animals, Dr. Nichols said. Veterinarians have not only the knowledge key to preventing illnesses but also the engagement with venue operators or owners about their animals.

“By the time it gets to my desk here at CDC, it’s too late because I’m investigating the outbreak that resulted,” she said.

She recommends that veterinarians advise clients how to minimize contamination in areas people will visit, help them plan how people will wash their hands after contact with animals, and dispel mistaken beliefs that seemingly healthy animals are free of zoonotic pathogens.

Dr. Nichols said she and others at the CDC want people to engage with animals.

“It’s a really wonderful thing to get to enjoy and experience,” she said. “We just want to make sure that people do so safely.”

Ways veterinarians can reduce the risk of zoonotic enteric diseases

Veterinarians can work with clients who operate venues where the public has contact with animals to reduce the risk of people contracting zoonotic enteric diseases. Some tips are as follows.

The National Association of State Public Health Veterinarians has educational resources that stakeholders can use to encourage implementation of the principles outlined in the Animal Contact in Public Settings Compendium.

Study: Drug-resistant bacteria may be more common in veterinary workers