Recent study results provide details on the biochemical differences between diets associated with dilated cardiomyopathy in dogs and those with no known connection to the disease.

Researchers from the U.S. Department of Agriculture and Tufts University profiled nine canine diets associated with canine DCM. Each contained at least three pulses ingredients such as peas and lentils, potatoes, or sweet potatoes among their ingredients, and each was identified by the Food and Drug Administration as among the diet brands most often associated with DCM cases reported to the agency, according to a scientific article published Aug. 5 by Scientific Reports. The researchers also profiled nine diets with no known association with DCM.

DCM is one of the most common heart diseases of pet dogs, causing chambers of the heart to dilate and pump blood less effectively. Dogs can develop congestive heart failure or unexpected death.

The disease historically affected mostly large-breed dogs and Cocker Spaniels. In July 2018, FDA officials warned they had received reports of DCM in dogs of other breeds. In 2020, agency officials indicated they had received 1,100 adverse event reports linked with DCM since January 2014, and they planned to collaborate with researchers on studies into nonhereditary DCM, including its possible link to diet. 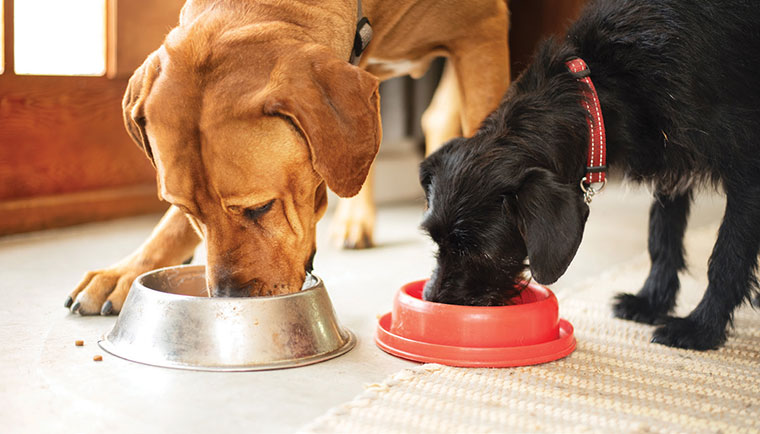 FDA representatives have indicated in presentations that more than nine in 10 dogs with identified DCM in reports had eaten diets high in peas, lentils, or both.

For the recent Scientific Reports article, the researchers identified, measured, and compared concentrations of 830 biochemical compounds within the foods, 665 of them known and 165 unknown.

They found that diets associated with DCM had lower volumes of B vitamins, which are co-factors in reactions related to cardiac metabolism such as carnitine and taurine synthesis. DCM-associated diets also had higher concentrations of amino acids, amino acid derivatives, and plant-derived compounds, some of which could contribute to deficiencies in molecules essential to heart function by, for example, influencing carnitine metabolism, the article states.

The researchers also found no significant difference in concentrations of taurine. Dietary taurine deficiency is a cause of DCM in cats.

The article authors identified a few ingredients in particular that appear to contribute to the biochemical differences among the diets: peas, lentils, rice, and chicken or turkey meat. Peas and, to a lesser degree, lentils appear to be the main sources of elevated concentrations of certain biochemical compounds in the DCM-associated diets, the article states.

“While we cannot establish with certainty if any of these compounds and ingredients are causal for disease, the findings support peas as a leading possible ingredient associated with diet-associated DCM in dogs,” the article states.