Starting this October, veterinarians licensed in Nevada can recommend and administer hemp and cannabidiol products containing not more than 0.3% tetrahydrocannabinol without fear of sanction from the state licensing board.

Earlier this year, Gov. Steve Sisolak signed Assembly Bill 101, making Nevada the first state to legalize the use of cannabinoids as a veterinary treatment. The Nevada Board of Veterinary Medical Examiners helped write AB 101, which the Nevada VMA supported, according to NVMA Executive Director Michelle Wagner.

The bill’s sponsor, State Assemblyman Steve Yeager, introduced the measure in February because Nevada law was unclear about whether veterinarians were permitted to administer CBD products or discuss them with pet owners. 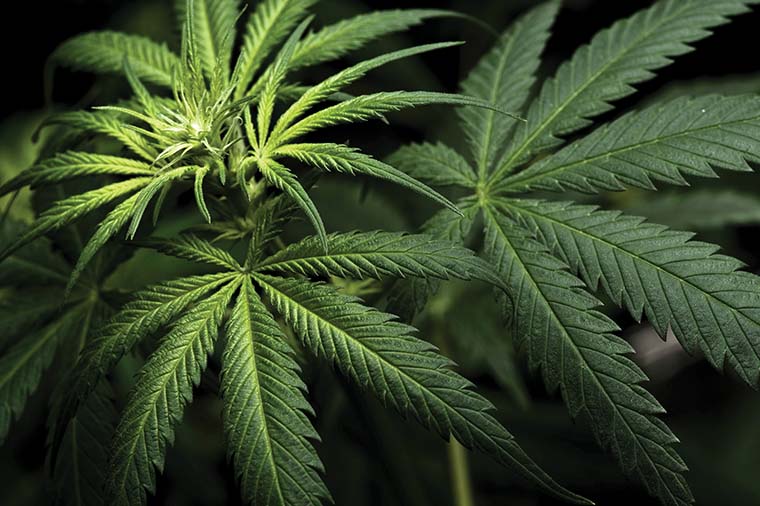 “Because of the ambiguity in our law, I learned that many veterinarians chose not to talk about CBD with pet owners for fear of being disciplined,” Yeager said. “This left pet owners in a tough spot because CBD products are generally unregulated, and it would be difficult for a pet owner to know exactly what to purchase or administer without the professional advice of a veterinarian.”

Nevada voters approved medical marijuana for people by ballot initiative in 2000. Cannabis became legal for recreational use in the state on Jan. 1, 2017, following a 2016 ballot measure.

AB 101 encountered no opposition and passed the state Assembly and Senate without a single no vote, Yeager explained.

“I certainly hope that other states follow Nevada’s lead and provide reassurances to licensed veterinarians that they can administer CBD or talk about it with patients without fear of facing disciplinary proceedings,” he said. “The bill itself is fairly simple and, thus, is a good model for other states.”

Although products containing 0.3% or less THC are exempted from the federal Controlled Substances Act, the products do fall under the Federal Food, Drug, and Cosmetic Act if they are used therapeutically or included in animal food. The Food and Drug Administration considers the therapeutic use of these products to be the use of unapproved drugs.

It’s a deceptively simple question at the heart of an animal health concern complicated by a tangle of federal and state regulations, research challenges, and species-specific pharmacokinetics.

Dr. Dawn Boothe is a professor of veterinary physiology and pharmacology at Auburn University studying cannabis’s potential as a veterinary treatment. She sought to make sense of the issues during her presentation “Medical Cannabinoids Revisited” at AVMA Virtual Convention 2021 on Aug. 1.

The cannabis sativa plant contains more than 90 unique compounds, or cannabinoids, including CBD and THC, as well as almost 500 other terpenoids and phenylpropanoids. For several millennia, humans have used cannabinoids for pain, epilepsy, gastrointestinal disorders, and even infections.

Dr. Boothe said research interest in the therapeutic use of cannabis in the United States essentially came to a “screeching halt” in 1971 with the federal Controlled Substances Act, which listed cannabis as a Schedule 1 drug, meaning the federal government regarded cannabis as having no therapeutic properties and a high potential for abuse.

“That’s changed in the last couple of decades as, increasingly, states are paying attention to medical cannabinoids,” Dr. Boothe said. “But I do shudder to think sometimes about how much we would have learned if we had taken a different path in our reaction to cannabis.”

The federal government’s position on cannabis has somewhat softened in recent years, most notably with the 2018 Farm Bill’s removal of industrial hemp containing 0.3% or less of THC from the Controlled Substances Act. That said, the use, sale, and possession of cannabis over 0.3% THC, despite laws in many states permitting it under various circumstances, is illegal under federal law.

Making sense of it all

The restrictions on veterinarians haven’t diminished interest among pet owners, who have available to them a veritable pharmacopeia of CBD products claiming to treat any number of animal ailments and behavioral problems.

None of the products are approved by the FDA, which, as Dr. Boothe explained, raises concerns about variability in cannabinoid concentrations, mislabeling, and contamination with harmful additives, such as fentanyl or synthetic cannabinoids.

“If you’re looking for a product that has a certificate of analysis that you can have faith in—as I would—go to the USDA (U.S. Department of Agriculture) website and look at the laboratories that the DEA (Drug Enforcement Administration) has approved as being appropriate for analysis of hemp crops,” Dr. Boothe said. “That at least can increase the level of validity for that product.”

Then there are questions about what constitutes a therapeutic dose of cannabinoid in a particular species as well as which formulations actually deliver that dose to the animal patient. There’s evidence that, in dogs, the route of CBD administration, such as in a soft capsule containing oil, may increase the oral bioavailability, according to Dr. Boothe.

“Hemp seed oil, sesame seed oil, and medium-chain triglycerides are the most common oils that are being used,” she said. “We need to see data demonstrating the differences in oral bioavailability among these different compounds.”

Cats are more challenging. “We’re going to have to have some good pharmacokinetic studies providing us information about dosing and cats,” Dr. Boothe said. “We have demonstrated that in cats there is variability in absorption, but, as in dogs, feeding will enhance that absorption.”

Dogs appear to tolerate CBD far better than THC, which was shown to cause ataxia when administered intravenously in smaller, less-concentrated doses than CBD. Dogs were also found to build a tolerance to cannabinoids over time.

“My comfort zone with CBD is much greater than with THC,” Dr. Boothe said. She highlighted a Veterinary Clinics of North America report on marijuana toxicology that showed patients that had received CBD were much more likely to be asymptomatic than those patients that received a synthetic cannabinoid or THC.

“In fact, fatality in pets from marijuana is probably more likely due to receiving a medical-grade chocolate or probably a synthetic cannabinoid, not a phytocannabinoid,” or cannabinoid that occurs naturally in the cannabis plant, she explained.

A small yet growing body of research indicates that CBD is a safe and effective treatment for lameness and epilepsy in dogs, Dr. Boothe said, but more studies are needed to bear this out.

“I am excited about CBD,” she said. “I think it’s a very safe compound. I think it’s claim to fame is going to be largely in combination with our traditional therapies—if the indication or if the disease is very mild, maybe sole therapy, but as the disease progresses, adjuvant therapy is going to be important.

FDA open to possibility of legalizing some cannabis products