African swine fever killed 2,200 pigs in at least 24 outbreaks in the Dominican Republic this summer.

Another 200 pigs were culled in response to the outbreaks.

The infections are the first identified in the Western Hemisphere since 1984, according to the World Organisation for Animal Health (OIE). The first outbreak began around July 1 and killed almost 800 pigs in the country’s northwest, and an OIE update published Aug. 8 indicates subsequent testing found infections back to April 10.

“While further investigations are ongoing to determine how the virus entered the country, several measures are already in place to halt its further spread,” an OIE announcement states. 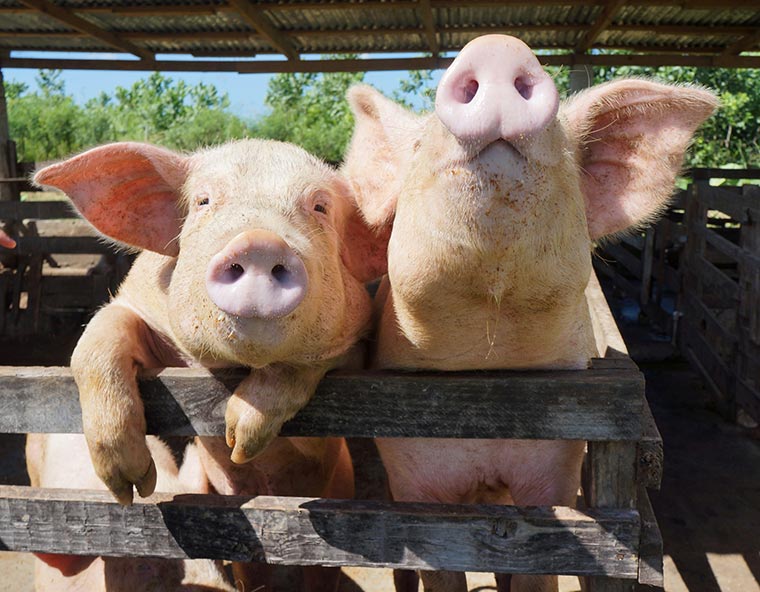 The U.S. Department of Agriculture Foreign Animal Disease Diagnostic Laboratory confirmed the presence of ASF virus in the Dominican Republic on July 27, and Dominican Republic authorities reported the results to the OIE on July 29, according to OIE and USDA information.

ASF can wipe out entire herds of domestic swine. The virus is highly contagious, and study results suggest the virus is hardy enough to remain viable for months in common feed ingredients, including those shipped across oceans.

U.S. veterinarians have warned for years that the virus could be devastating if it were to reach herds in the United States. The American Association of Swine Veterinarians, for example, has hosted lectures for years on ways veterinarians can identify and close any biosecurity gaps and lessons they can apply from ASF outbreaks in China.

ASF is found particularly in sub-Saharan Africa, according to the USDA. It emerged in the Caucasus in 2007, spread in subsequent years to countries in the European Union, and, starting in 2018, spread through China, Mongolia, Vietnam, and other countries in the region.

In response to ASF incursion in the Dominican Republic, OIE officials called for countries to strengthen their surveillance efforts. The OIE and Food and Agriculture Organization of the United Nations also are providing regional support through a joint project to control transboundary animal diseases, and experts within that project called for countries to reinforce their border controls and implement the OIE’s international standards on ASF risk mitigation, according to the OIE announcement.

The USDA Animal and Plant Health Inspection Service has “numerous interlocking safeguards” to keep ASF from entering the U.S., which already prohibits importation of swine products from the Dominican Republic over concerns about classical swine fever, an agency announcement states. But U.S. Customs and Border Protection is increasing inspections of travelers arriving from the Dominican Republic and will work to safely dispose of garbage from airplanes arriving from the country, the APHIS announcement states.

“USDA is committed to assisting the Dominican Republic in dealing with ASF, is offering continued testing support, and will consult with them on additional steps or actions to support response and mitigation measures,” the APHIS announcement states. “We will also offer similar help to Haiti, which borders the Dominican Republic and is at high risk for ASF detections.”

Dr. Chris Rademacher, a clinical professor of veterinary diagnostic and production animal medicine at Iowa State University College of Veterinary Medicine and a member of the AASV board of directors, said that, if ASF reaches the U.S., including its territories, the loss of trade markets alone could cost pork producers at least $14 billion in the first two years. He noted that the virus is hardy and resilient, and it can remain viable in meat products that are cured but not fully cooked, in garbage arriving from airplanes or cruise ships, or on the clothing or shoes of people visiting countries with infections.

There is no vaccine against the virus nor effective treatment for infected pigs, Dr. Rademacher said. The risks in the U.S. include not only spread into domestic herds but also sustained spread of the virus among feral swine populations, and he noted the ongoing outbreaks of the disease among wild boar populations in Europe.

Dr. Rademacher said he is also concerned more countries in the Caribbean could have ASF infections that remain undiagnosed without adequate surveillance. He said the Dominican Republic alone had taken up APHIS officials on a 2019 offer to provide Caribbean countries with diagnostic testing for ASF, classical swine fever, and foot-and-mouth disease.

On Aug. 6, APHIS officials also announced immediate restrictions on importing dogs from countries with African swine fever. Importers now need to affirm dogs and shipping containers are free of dirt or other organic bedding; all bedding traveling with the dogs must be thrown away at certain post-entry concentration points; dogs must have International Organization for Standardization-compliant microchips, and those chips must be verified; and dogs must be bathed at the post-entry concentration points within two days of arrival in the U.S.

“The number of dogs being imported for resale from ASF-affected countries is growing, and APHIS is taking this action to continue its efforts to protect the United States’ swine industry against this devastating disease,” the announcement states.

ASF had been considered absent from the Caribbean since 1984, when the last infections were discovered in Haiti, OIE information states. The Dominican Republic had been free of the disease since 1981. Cuba is the only other Caribbean country with a history of ASF, and the disease has been absent there since 1980.

In the Americas, Brazil also once dealt with ASF among the country’s domestic pigs, but the country has been free of the disease since 1981.

U.S. Department of Agriculture officials are presenting a series of updates on African swine fever from Sept. 13-17. The USDA Animal and Plant Health Inspection Service is hosting a series of one-hour daily webinars, each starting at 2 p.m. Eastern, on where ASF is spreading, how APHIS is responding, and which biosecurity measures can reduce the risk of infections. Details and registration links at the APHIS website.