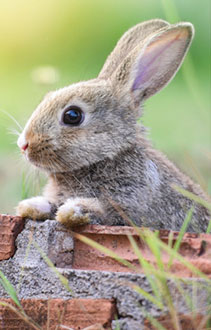 The Food and Drug Administration maintains an index of unapproved but legally marketed animal drugs intended for use in what the agency considers minor species, or nonhuman animals outside the seven major species: cats, cattle, chickens, dogs, horses, pigs, and turkeys. Under the current policy, the index applies only to drugs intended for species that never produce food for human consumption. Rabbits, for example, can be raised as pets or for food, so the index excludes applications for drugs used in rabbits.

On June 23, FDA officials announced they were seeking comments on whether the agency should expand eligibility to animals that never enter the food supply even though their species are considered food producing. Agency officials also want to know what information should be evaluated in determining eligibility of those species subsets and which animals in particular should be eligible for such drug approvals.

The Wild Animal Health Fund has awarded 14 grants for research on zoo animals and wildlife for the 2021-22 fiscal year totaling $158,000. The fund, which continues to grow and expand its portfolio in its 10th year, is a program of the American Association of Zoo Veterinarians.

The new studies are as follows:

Get more information about the Wild Animal Health Fund and the grants.