However SARS-CoV-2 first emerged, that the virus is part of a family of coronaviruses common among several species of bats is beyond doubt.

The COVID-19 pandemic is the latest reminder that human interactions with the animal world are fraught with danger. It also revealed just how quickly a novel zoonosis can traverse the world, leaving illness, death, and disruption in its wake.

Now, likely sources of another pandemic are being scrutinized like never before. One such source, the global movement of animals, involves the international market for live animals and animal products as well as wildlife migration. 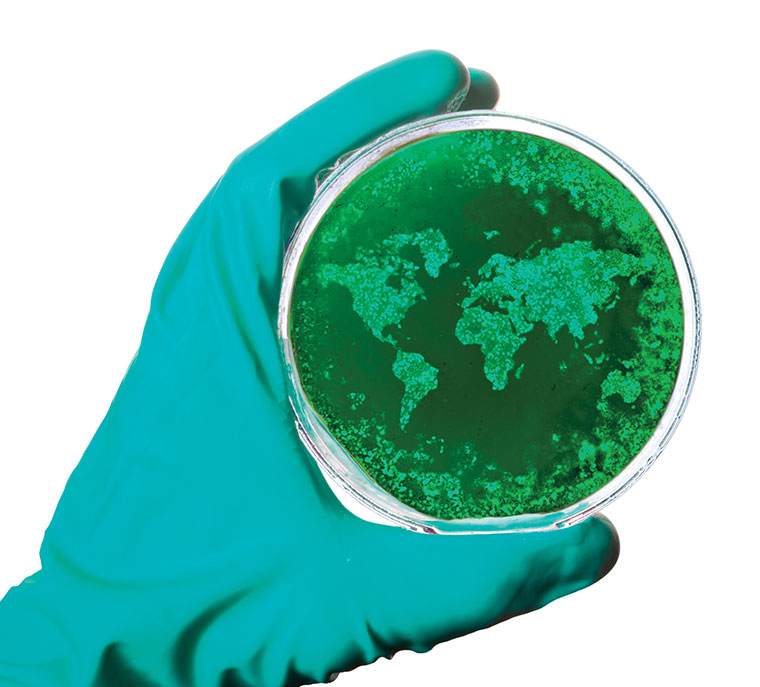 The zoonotic threat and related concerns of global animal movement are the focus of the AVMA Global Health Summit, scheduled for July 31 during AVMA Virtual Convention 2021.

Additional topics the summit will cover include the potential impacts of global movement on animal health and welfare; the regulatory framework governing the global movement of livestock, pets, and wildlife; and what U.S. veterinarians can do to help.

African swine fever is a lethal and economically important disease for which no approved vaccine exists. Part of what makes ASF so frightening is the virus is stable, is resilient, and can remain in the environment for a long time.

As Dr. Gerlach explained, “A big concern among U.S. pork producers involves African swine fever and the global movement of dogs. You think, ‘Why is that?’ Then you realize there are a lot of dog rescue groups that are moving animals from China and from Asia into the United States.

“And you think, ‘Dogs don’t get African swine fever.’ They may not, but the fomites that travel with them—the cargo containers, the feed, or the bedding those dogs were on—they could have originated in areas where the virus is active.”

The trade in wildlife and wildlife products is easily the most controversial aspect of the global movement of animals. The U.S. State Department estimates the value of the international wildlife market at roughly $10 billion a year.

Legal international wildlife trade is regulated by the United Nations Convention on International Trade in Endangered Species of Wild Fauna and Flora. Yet the business of buying and selling wild animals and wildlife products is associated with illegal poaching and trafficking of elephant ivory, rhinoceros horns, and other widely banned animal products.

Wildlife trafficking also heightens the zoonotic disease threat. A 2008 study in the journal Nature estimated 60% of all emerging infectious disease events are zoonoses, a majority of which (71.8%) originated in wildlife.

Dr. Steve Osofsky, professor of wildlife health and health policy at Cornell University College of Veterinary Medicine and director of the Cornell Wildlife Health Center, said, “The conservation community, myself included, has been seeking a silver lining in this horrible mess caused by the COVID pandemic, and that, in part, is highlighting the risks of inappropriate interactions with wildlife.”

Dr. Osofsky makes clear he is not referring to impoverished regions of the world where people must hunt wild animals to live. “Whether it’s Paris, New York City, or Wuhan (China), do we need to have wildlife for sale in markets that people are consuming if they don’t need that animal protein or micronutrients for their day-to-day survival? That’s a real risk to humanity that quite likely isn’t worth it. That’s one of the lessons of COVID to me,” he said.

Dr. Osofsky would like to see an international treaty akin to the nuclear nonproliferation treaty that mitigates human activities that create opportunities for animal viruses to infect humans.

“We don’t have anything like that. It’s nobody’s job,” he said. “The World Health Organization, FAO (Food and Agriculture Organization of the United Nations), and OIE (World Organisation for Animal Health) all have a piece. But there is nothing whereby the global community has come together and made some decisions on what types of behaviors create risks for all of us that aren’t worth it.”

Spirit of one health

Governments and organizations such as the FAO and OIE have historically focused on managing economically costly livestock diseases.

That began to change following a string of public health crises, starting in the latter half of the 20th century and early 21st century. Seemingly every few years, an exotic zoonotic disease outbreak was occurring somewhere in the world, from bovine spongiform encephalopathy to HIV to avian influenza.

During the 88th OIE General Session this past May, the organization highlighted a lack of attention to wildlife health management as one of three critical weaknesses in countries’ abilities to fend off emerging disease threats. The other weaknesses are a lack of global capacity to manage disease emergencies and weaknesses in the sustainability of diagnostic laboratory systems.

The OIE responded with the Wildlife Health Framework, a document designed to help members manage the risk of pathogen emergence in wildlife and transmission at the human-animal-ecosystem interface, while taking into account the protection of wildlife and biodiversity.

The OIE has always had a strong interest in wildlife health, said Dr. Matthew Stone, deputy director-general of international standards and science for the OIE.  But it was the 2014-16 Ebola outbreak in West Africa that caused “significant reflection” within the organization about how well it was doing in terms of the spirit of one health.

“We realized some of the risk pathways for emerging disease, in particular from wildlife, were falling through the gaps between public health and animal health agencies, and we weren’t sufficiently well connected up in many countries to have a very strong one-health framework for working through some of these emerging disease issues,’ said Dr. Stone, who is also speaking at the AVMA Global Health Summit.

That resulted in the OIE survey, which revealed that the various national agencies focused on animal health and wildlife health lack strong relationships. “They’ve carved out their own domains, and the statutory competencies that they’re given at a national level are highly varied,” Dr. Stone explained. “But too often, they are living in parallel universes and not communicating with each other.”

The OIE Wildlife Health Framework is intended to break down the institutional walls separating these animal health agencies and, in the spirit of one health, get them working together, Dr. Stone explained.

The AVMA Global Health Summit at AVMA Virtual Convention 2021 is slated for July 31, starting at 1 p.m. CDT with Dr. Matthew Stone, deputy director general for international standards and science for the World Organisation for Animal Health (OIE). Dr. Stone is giving the talk “Impact of Global Animal Movement on Animal Health and Welfare and Public Health.”

At 2 p.m., “U.S. Regulations Pertaining to Global Movement of Animals” will be presented by Drs. Shanna Siegel of the U.S. Department of Agriculture Animal and Plant Health Inspection Service’s Veterinary Services, Emily Pieracci of the Centers for Disease Control and Prevention, and Mark Lutschaunig of the AVMA Government Relations Division.

At 3 p.m., “International Perspectives on Global Animal Movement: Canada, Mexico, and Europe” will be covered by Drs. Louis Kwantes, president-elect of the Canadian VMA; Gerardo Suzán with the National Autonomous University of Mexico School of Veterinary Medicine and Animal Husbandry, and Nancy De Briyne, executive director of the Federation of Veterinarians of Europe.

Veterinary medicine and COVID-19: ‘A lot of lessons here’