A 5-millimeter section cut from a deer or elk ear can contain evidence of whether the animal is afflicted by a fatal contagious disease.

Paired with an amplification assay that is more sensitive than tests typically used by animal health diagnostic laboratories, those small samples could make it easier to identify deer, elk, and moose with chronic wasting disease.

Dr. Brent Race, an associate scientist for the National Institute of Allergy and Infectious Diseases, said ear skin punches are far easier to collect than the brain stem or lymphatic tissue harvested today for testing, and those small samples could be collected from not only cervid carcasses but also live animals.

“A small ear punch is something that is routinely done on livestock species,” Dr. Race said. “So, in particular for game farm situations where you’ve got captive deer and elk, this would be ideal as a screening mechanism for them.”

CWD is an always-fatal neurologic disease of deer that is spread through saliva, urine, feces, and contaminated plants and soil. Affected animals are present in at least 26 U.S. states and three Canadian provinces. The U.S. Geological Survey reports that more than 40% of free-ranging cervids are infected in some heavily affected areas of Wyoming, Colorado, and Wisconsin, and wildlife managers and researchers have documented CWD-associated population declines among deer and elk.

The disease has been spreading in the U.S. for decades, sometimes long undiscovered among remote cervid populations, and its prevalence is often unknown to wildlife managers. The current surveillance methods used by state wildlife authorities require cutting into a carcass to collect samples from the medial retropharyngeal lymph nodes and obex area of the brain stem, which are then submitted to diagnostic laboratories for testing with an enzyme-linked immunosorbent assay or immunohistochemical assay.

Dr. Race is one of the authors on an article, published April 8 in Scientific Reports, that indicates real-time quaking-induced conversion assays on ear punches from 58 deer delivered 21 accurate positive results for CWD, 29 accurate negative results, three false-positive results, and five false-negative results. The RT-QuIC assay is used on samples from human and animal patients to find prions as they form fibrils and bind to fluorescent dye.

Byron Caughey, PhD, another of the article authors and chief of the transmissible spongiform encephalopathy and prion biochemistry section at the NIAID Rocky Mountain Laboratories, said, “It stands to reason that, the more practical, the more sensitive and specific the assay you have, it’s going to be less costly to do that type of surveillance on a routine basis.”

Research teams like Dr. Caughey’s and Dr. Race’s are working to improve tests used to find pathologic prions in live animals and carcasses, track animal movements and interactions related to CWD, and advance our understanding of the roles soil and plants have in disease transmission. As state wildlife departments better understand where the disease exists and its prevalence among wild and farmed herds, they hope to find ways to slow its spread.

The America’s Conservation Enhancement Act, which became law in October 2020, calls for creation of a federal CWD task force within the U.S. Fish and Wildlife Service, with participation from the Department of Agriculture Animal and Plant Health Inspection Service and the USGS. The law directs the task force to create and enact an interstate action plan for federal agencies, local governments, and the farmed cervid industry.

APHIS officials more recently announced plans to give state and tribal governments $5.6 million to improve management of farmed and wild herds with CWD infections, manage areas or sites affected by CWD, validate the RT-QuIC assay or otherwise study amplification assays, and educate the public on CWD and how it spreads.

Dr. Jennifer Ballard, Arkansas state wildlife veterinarian, said the Arkansas Game and Fish Commission is working with the University of Georgia, Colorado State University, the U.S. Forest Service, and the National Park Service on the largest research project in commission history: five years of trapping, collaring, and following deer, aided by three grids of cameras covering regions with high, medium, and low CWD prevalence. The researchers also implanted does with transmitters that send alerts when they give birth so the team can collar the fawns.

“We’re testing them all for CWD, monitoring their movement, their reproduction, their survival—the whole shebang,” Dr. Ballard said. “And then, when they get to the end of their life, they’ll have full necropsies and full work-ups to determine cause of death and CWD status, and then samples will be submitted to Colorado State University for additional diagnostics.”

The study could show whether CWD decreases deer populations, whether a decrease has already begun, and at what prevalence wildlife managers can expect to see population decreases. Dr. Ballard hopes the results can be used to build a model that could predict the success of CWD management strategies. 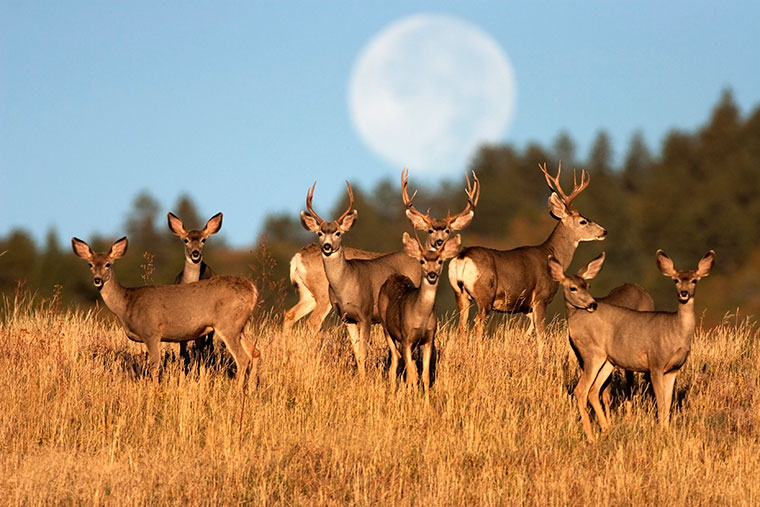 Daniel Storm, PhD, who is a research scientist specializing in deer and elk at the Wisconsin Department of Natural Resources, said his department is working with researchers at the University of Wisconsin-Madison and USGS National Wildlife Health Center on a study tracking the lives and deaths of about 1,100 deer—800 that were tested for CWD and fitted with GPS-enabled collars as adults and another 300 that were collared without GPS or CWD testing as newborn fawns.

Some are recaptured for further testing, and all of those that die are tested for CWD. Samples from about 20% of the adult deer were positive for CWD when they were fitted with GPS-enabled collars.

Dr. Storm hopes the study will show the differences in survival rates among deer with and without CWD, the potential for population growth, and the relationship between CWD prevalence and population.

Dr. Amanda Kamps, wildlife biologist for the Wisconsin DNR, said surveillance in the state’s southwest corner indicates CWD prevalence is increasing among both males and females and across age classes. That region is the only part of Wisconsin with surveillance intensive enough to estimate disease prevalence.

“Not only are the number of infected herds increasing, the past 15 years of disease trends generally show an increase in the proportion of infected animals within herds as well,” the document states. “Of most concern, greater than a 10-fold increase in CWD prevalence has been estimated in some mule deer herds since the early 2000s; CWD is now adversely affecting the performance of these herds.” 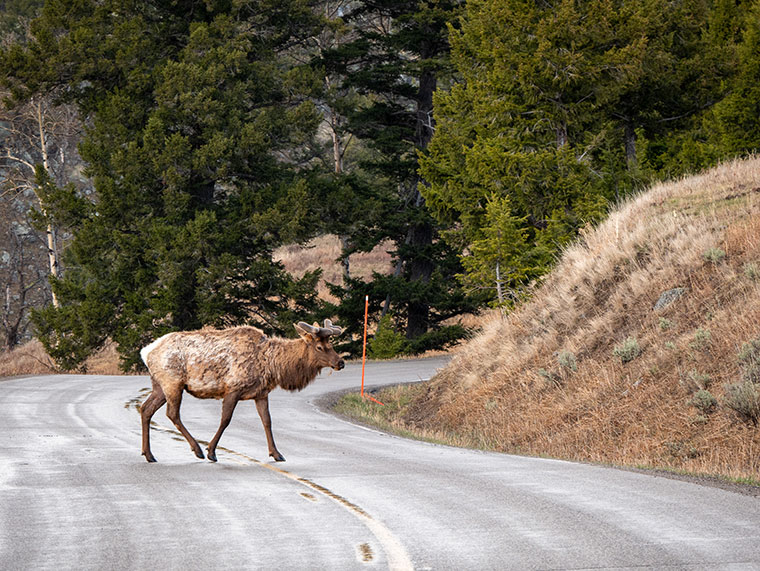 Travis Duncan, a spokesman for the Colorado Department of Natural Resources, noted that the plan outlines a 15-year rotating schedule of mandatory testing throughout regions of the state, which could show changes in prevalence, where the state needs disease management, and whether existing management methods are working.

Judd Aiken, PhD, professor and researcher at the University of Alberta Centre for Prions and Protein Folding Diseases, studies interactions of CWD-causing prions with soil, soil minerals, and vegetation, and he said CWD prions remain infectious when bound to soils and plants. He thinks CWD primarily spreads animal to animal while the abundance of prions is low, but as prions become more abundant, environmental transmission becomes more important.

“We need more studies to delineate how much of the transmission we’re seeing is animal to animal versus animal to environment to animal,” he said. “Clearly, both occur; clearly, both are important.”

Dr. Storm said ongoing work in Wisconsin includes studies into the role of deer gathering points such as ground scrapes—areas of a few square feet where bucks lick and chew on overhead branches, scrape the ground clear of vegetation and leaf litter, and urinate. Deer repeatedly visit those communication hubs, especially in the fall, he said.

Dr. Aiken noted that the prions associated with sheep scrapie can remain viable in the landscape for decades, which means CWD prions could endanger deer long after an infected population was removed. The increasing environmental prevalence of CWD strains also may have implications for other species, he said.

Jason C. Bartz, PhD, is a prion disease researcher, professor, and vice chair of medical microbiology and immunology at the Creighton University School of Medicine. He said it’s unclear exactly how long prions persist or what conditions favor persistence. It’s also unclear how these misfolded proteins bind to healthy proteins and instruct them to misfold into matching shapes.

“Prions are protein-only infectious agents, and there are strains of prions, meaning that they are a heritable phenotype of disease, and, importantly, different prion strains can have different pathogenicities and different host ranges,” he said. “But, again, since prions are just protein only, the mechanism of how they encode that information is unclear. So, a lot of our work has been trying to understand strains at a very basic level.”

Dr. Caughey, of the NIAID, said what is known is that pathogenic prions have a template surface that binds to healthy protein molecules, corrupting their shape and aggregating with them to form polymers. He co-authored an article—initially available as a preprint—that he said includes the highest-resolution images to date of a prion, showing the structure of a scrapie prion strain.

Dr. Bartz said CWD-causing prions remain highly infectious after binding to soil minerals, and they bind more easily to clay, for example, than sand. Binding to clay seems to help prions resist degradation from weather. The binding mechanism—such as surface area or surface charge—remains unknown, however.

Dr. Caughey said the study using ear punches took advantage of the tendency of prions to bind to iron oxide beads by adding them to tissue homogenate from those punches and using magnets to isolate prions from tissues that could interfere with the assay. Healthy proteins also probably bind to the beads to some extent, he said, but they won’t interfere with the assay.

Dr. Bartz said it’s also unclear what CWD strains are emerging and whether they can jump to wildlife, livestock, or humans living within the same geographical area.

“I think it’s important to remember that prions, as a class of infectious agents, these are novel, these are really new,” he said. “Thirty years ago, a lot of people thought they were theoretically impossible, and yet that’s what’s causing this disease. And, so, we have to come up with really new ways to explain how this protein-only infectious pathogen is doing all these really complicated biological processes.”

A lecture series at AVMA Convention 2021 will give veterinarians more information on chronic wasting disease and its effects.

The Minnesota VMA is sponsoring a series of four 50-minute lectures on CWD on July 31 and Aug. 1. The AVMA had planned to host this year’s convention in Minneapolis but shifted instead to a virtual convention for a second year because of the ongoing risk of SARS-CoV-2.

Marc Schwabenlander, who is a research project specialist at the University of Minnesota College of Veterinary Medicine, will deliver a lecture on chronic wasting disease biology and diagnostic testing. Dr. Linda Glaser, assistant director of the Minnesota Board of Animal Health, will talk about active management of CWD in Minnesota’s cervid farms.

Michelle Carstensen, PhD, wildlife health group leader for the Minnesota Department of Natural Resources, will describe the history of CWD in Minnesota and the surveillance and management of the disease in wild populations.