Roughly 17% of white-tailed deer harvested during a recent hunt to manage chronic wasting disease in southwest Montana tested suspect or positive for the disease. This despite the fact that Montana’s CWD management plan aims to keep prevalence below 5%.

In related news, the U.S. Department of Agriculture and NASA Tournament Lab are calling on innovators, scientists, researchers, and startup companies to submit proposals for developing a diagnostic test for the detection of CWD in live animals. 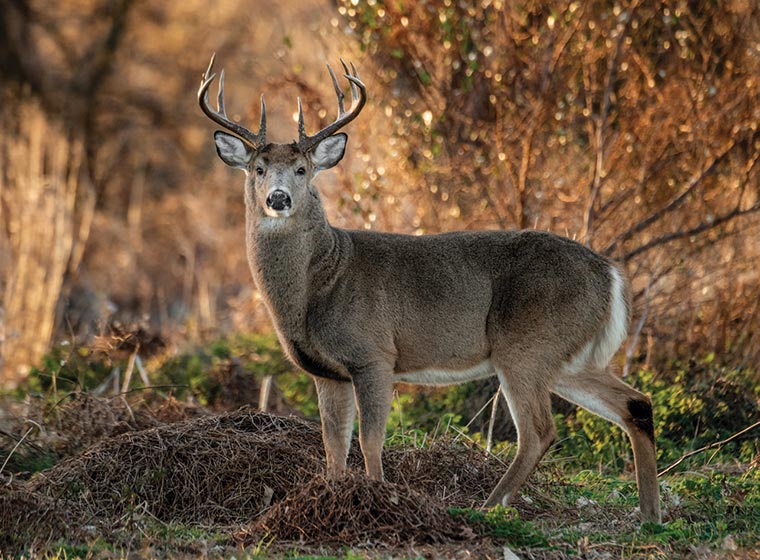 More than 300 samples were collected during the Montana hunt, which lasted from Dec. 15, 2020, through Feb. 15 and was implemented to reduce densities of white-tailed deer in areas with a high prevalence of CWD, according to Montana Fish, Wildlife & Parks.

The Montana department received 318 samples for CWD testing from the hunt. Of the 305 samples with results, 52 tested suspect or positive for the fatal neurological disease spread among deer, elk, and moose.

As of January, CWD involving free-ranging deer, elk, and moose has been reported in at least 25 states in the continental United States, as well as two provinces in Canada, according to the Centers for Disease Control and Prevention.

“Scientists believe CWD proteins (prions) likely spread between animals through body fluids like feces, saliva, blood, or urine, either through direct contact or indirectly through environmental contamination of soil, food or water,” according to the CDC. “Once introduced into an area or farm, the CWD protein is contagious within deer and elk populations and can spread quickly. Experts believe CWD prions can remain in the environment for a long time, so other animals can contract CWD from the environment even after an infected deer or elk has died.”

According to the USDA Animal and Plant Health Inspection Service, “The incubation period can be long (several months to years) depending on species and genetic factors, and infected animals are in good body condition until the end stages of the disease, making them difficult to distinguish from healthy animals.”

The USDA and NASA’s Detect to Protect Challenge: A Live Animal Test will award cash prizes totaling $170,000 to develop proof of concept for a diagnostic test that will successfully detect CWD in samples from live animals provided by the USDA for the challenge.

The deadline for submissions is April 23.