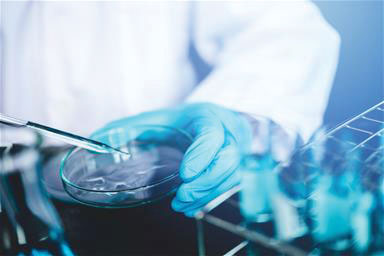 The U.S. Department of Agriculture’s Animal and Plant Health Inspection Service on Dec. 1 announced the awarding of $14.4 million to fund 76 projects being undertaken by states, universities, and other organizations to bolster programs protecting animal health.

The 2018 farm bill appropriated millions of dollars for programs to help prevent animal pests and diseases from entering the United States and reduce the spread and impact of potential disease incursions.

It is the second year APHIS has provided funding from the $867 billion farm bill. In 2019, the agency awarded $10.2 million that funded 44 projects.

The latest round of funding supports projects focused on increasing practical livestock biosecurity measures or advancing rapid depopulation and disposal methods to be used during high-consequence animal disease outbreaks.

The 46 NADPRP-funded projects address critical livestock biosecurity and large-scale depopulation and carcass disposal concerns in all major livestock industries across all regions of the United States. These projects will be led by animal health authorities in 16 states, at 14 land-grant universities, and with two organizations.

For instance, the American Association of Swine Veterinarians received $86,752 to systematically gather information from the swine industry’s recent experience with depopulation resulting from COVID-19 market disruptions and compile it into useful new resources for swine veterinarians and farmers to improve capabilities and capacities for responding to future emergency events.

Another program, run by the University of California-Davis, was awarded $397,409 to address known disease risk factors and prevention gaps in veterinary services provided to small-scale farms and high-risk alternative agriculture systems, including those in urban areas, in California, Colorado, Oregon, and Washington state, by improving access to and delivery of biosecurity information.

The University of Missouri’s Veterinary Medical Diagnostic Laboratory, for instance, received $116,323 for a project to validate an ASR1 peptoids–based enzyme-linked immunosorbent assay for detection of low levels of the prions that cause chronic wasting disease in samples from live and dead animals.

The intent is to provide a new diagnostic method that uses saliva samples and has an improved sensitivity over the current ELISA for detecting CWD. This method could also be used with environmental samples, which could be useful for regulatory officials when screening cervid farms.