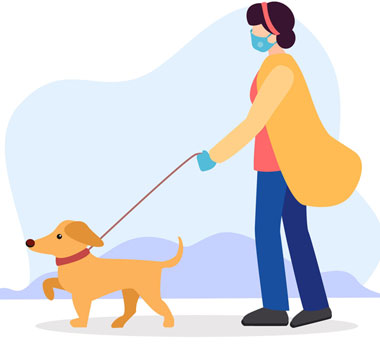 The COVID-19 pandemic has impacted pet owners in various ways but has had little or no negative impact overall on pet care so far, according to a study by Brakke Consulting.

Brakke conducted the “COVID-19: Impact on Pet Care” study in three waves during early May, mid-June, and late July to early August, surveying a national random sample of 1,000 pet owners for each wave. John Volk, a senior consultant at Brakke, presented key study results on Oct. 28 during the virtual AVMA Economic Summit.

About 19% of pet owners reported being unemployed in May, decreasing to 12% in June and 11% at the end of July. Just over a quarter of respondents in each wave reported reduced income as a result of the pandemic.

Expectations for a near-term recovery waned over the three waves of the study. In May, 39% of pet owners anticipated returning to pre-pandemic income for their household within three to six months, decreasing to 30% in June and 25% at the end of July.

“With the economic hardship, we wondered, though, whether this was having a negative impact on spending,” Volk said. “Certainly, there was some economizing, but interestingly there were more pet owners that said their pet spending had increased than said it had decreased.”

Most pet food continued to be purchased at brick-and-mortar stores, with about half purchased at retail stores and 22% purchased at pet stores across all three waves of the study.

In May, 39% of pet owners had canceled veterinary appointments because of the pandemic, decreasing to 34% in June and 29% at the end of July. Not everyone who wanted an appointment got one, though. At the end of July, 32% of pet owners had tried to schedule an appointment within the last month, and 23% of them were not able to do so at the time they wanted. Of those, 48% said no appointments were available, 34% said the clinic was only seeing emergencies, and 16% said the clinic was closed.

“So this would indicate to us that there was some reduction in supply of veterinary services during the pandemic, and we’ve certainly heard of those clinics that are open being extremely busy and really booked to the wall with appointments,” Volk said.