Making sense of genetic disease in dogs and cats 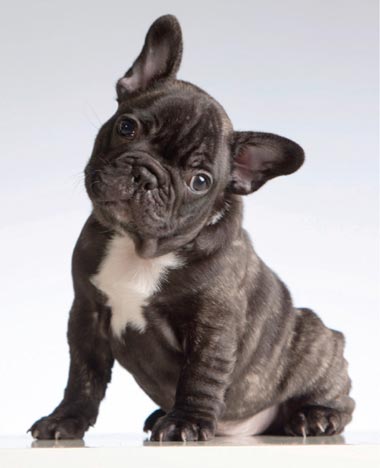 “If we understand the genetic background of our patients, we’re better positioned to prevent, to mitigate, or to alter the expression of genetic disease, allowing our patients to be healthier in their lifetimes as well as to breed healthier dogs and cats,” Dr. Bell said.

An adjunct professor at the Cummings School of Veterinary Medicine at Tufts University, Dr. Bell spoke about genetic diseases during the AVMA Virtual Convention 2020 this August. In addition to his teaching duties, Dr. Bell works as a solo practitioner, and he sees “dogs and cats all day long and sees genetic disease in our patients all day long.”

He explained that common genetic disorders are caused by ancient disease liability genes that preceded breed formation. Since these mutations occurred long before the separation of breeds, these diseases are seen across all breeds and in mixed breeds.

Disease is not a function of homozygosity, which happens when identical DNA sequences for a particular gene are inherited from both biological parents, nor is it a consequence of inbreeding. Rather, Dr. Bell explained, hereditary diseases are a result of the accumulation and propagation of specific disease liability genes. Breed-related deleterious genes accumulate in various ways, including direct selection for disease-associated phenotypes, linkage to selected traits, carriage by popular sires, genetic drift, and—most importantly—the absence of selection against deleterious phenotypes.

“If we don’t select for healthy parents to produce offspring, then we have no expectation of health in those offspring,” Dr. Bell said. “Not selecting for health is selecting for disease, and we need to understand that and pass that on to our breeder clients.”

“Moderation away from extremes that cause disease should be the guiding principle in breeding,” Dr. Bell noted, and in judging dog shows.

Dr. Bell said designer-bred dogs and cats often have inherited diseases common in random-bred populations. They can also inherit disease liability genes shared by the parent breeds or parent species. “So if you’re breeding short-statured breeds together, it wouldn’t be surprising to see patellar luxation, or in smaller toy size breeds, to see mitral valve disease,” he said.

Hereditary disease manifests as a result of anatomical mismatch between parent breeds. “We see a lot of this in dental disease, where we see crowding of teeth and malocclusions and misplaced teeth,” Dr. Bell continued. “Even in the musculoskeletal, if you breed two breeds with different body types together, we may see degenerative joint disease and poor joints. All of these things, all need to be monitored.”

Unlocking the genetic secrets of your dog