Numbers of confirmed illnesses in humans resulting from common foodborne pathogens have risen or remained level for several years, putting the U.S. on track to miss 2020 reduction targets.

Better tests and more testing may help explain why the numbers have not fallen, but to reach its goals, the U.S. needs more work to reduce food contamination, according to authors of an article published this spring in the Centers for Disease Control and Prevention’s Morbidity and Mortality Weekly Report. Among the findings, the authors wrote that preliminary 2019 data show confirmed illness counts for Listeria, Salmonella, and Shigella have remained unchanged over several years, and confirmed illness counts for the other five pathogens tracked by the CDC’s Foodborne Diseases Active Surveillance Network increased.

The network is part of the CDC’s Emerging Infections Program, which collects laboratory-confirmed infection data from 10 areas that together contain about 15% of the U.S. population.

In 2019, the most common confirmed illnesses were caused by, in order: Campylobacter, Salmonella, Shiga toxin–producing Escherichia coli, and Shigella. 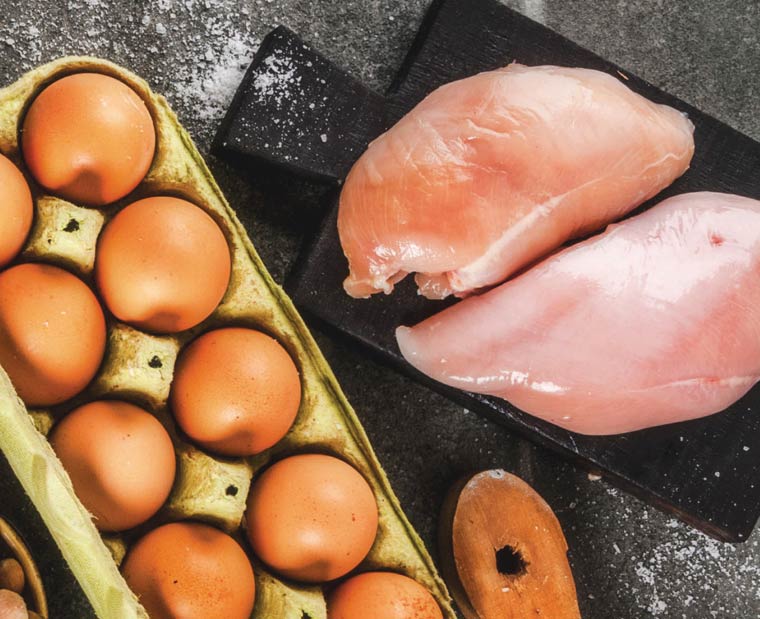 In December 2010, the U.S. Department of Health and Human Services announced its 10-year goals through the Healthy People 2020 campaign, following on 30 years of prior campaigns to promote health and prevent disease. It includes 33 goals for reducing foodborne illnesses.

Listeria monocytogenes remained the least common cause of laboratory-confirmed infections tracked by FoodNet, although it was associated with the third most deaths, behind Salmonella and Campylobacter. The pathogen was responsible for 0.3 confirmed infections per 100,000 people at the start of the campaign and in the 2019 data, despite a 2020 goal of 0.2.

The MMWR article also shows the U.S. missed its goal for STEC O157 incidence, but the reports can’t show how close the nation was to the goal. Almost half of confirmed STEC infections came from culture-independent diagnostic testing that did not yield isolates needed to distinguish O157 from other STEC strains.

Overall STEC incidence—including the illnesses confirmed without isolates—was 6.3 per 100,000 people.

Foodborne infections tend to come from meat contaminated in slaughter and carcass processing or produce contaminated through animal feces in fertilizer, soil, or water. Under the Obama administration, Department of Agriculture officials tried to reduce the risk on the animal processing side by enacting regulations that make farms reduce the risk of Salmonella Enteritidis contamination on shell eggs, expanding a zero-tolerance policy on STEC O157:H7 to a ban on another six serogroups, and adding Campylobacter- and Salmonella-related performance standards to poultry plants, among other measures.

The MMWR article published this spring on 2019 data credits rising culture-independent diagnostic test use with finding many infections that previously would have been undiagnosed. But other factors contributed to trends in the data.

“The identification of infections that might not have been detected before adoption of CIDTs cannot explain this overall lack of progress,” the article states. “Better implementation of known prevention approaches and new strategies is needed to overcome the continued challenges to reducing foodborne illnesses.”

Vaccinating poultry against more Salmonella strains, for example, may reduce salmonellosis in humans, the article states. Salmonella Enteritidis has been the most common cause of salmonellosis in FoodNet data since 2007, yet the United Kingdom had a substantial decline in Salmonella Enteritidis infections after implementing widespread chicken vaccination and improving farm hygiene, the article states.

In addition, the authors suggested, “Reducing contamination during food production, processing, and preparation will require more widespread implementation of known prevention measures and of new strategies that target particular pathogens and serotypes.”

Reports of foodborne illness rise with change in testing