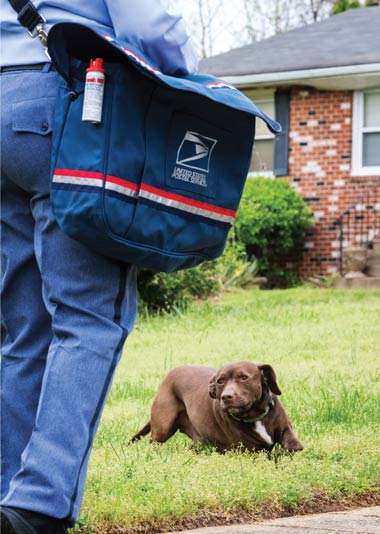 The Paws program was rolled out in Pennsylvania, Ohio, Tennessee, Kentucky, West Virginia, and the western region of New York, among other areas, in June. The program is meant to help letter carriers protect themselves from potential dog bites. As part of the program, a paw sticker will be placed on the outside of a mailbox where there is a known dog in the immediate area.

“Even during these difficult times, it’s important for our customers to understand that letter carriers are still coming to homes daily and need to deliver mail safely,” said Chris Johnson, the USPS safety awareness program manager, in a press release. “We are confident we can keep moving the trends of attacks downward, and ramping up overall awareness for everyone is the best way to do that.”

The USPS released some tips to further protect mail careers during the 2020 National Dog Bite Awareness Week, which was June 14-20. Some of those safety suggestions include reminders to customers to place dogs in a separate area when opening the front door to a letter carrier.

Johnson said technology has also greatly improved the safety of letter carriers because their handheld scanners include a feature to indicate the presence of a dog at an individual address. Informed delivery options also allow customers to know when a package will be delivered and when to potentially secure their dog.

The AVMA annually sponsors National Dog Bite Prevention Week, which takes place during the second full week of April each year, and focuses on educating people about preventing dog bites.