The U.S. Supreme Court ruled 6-3 in a historic decision that lesbian, gay, bisexual, and transgender workers cannot be fired solely on the basis of their sexual orientation or gender identity. 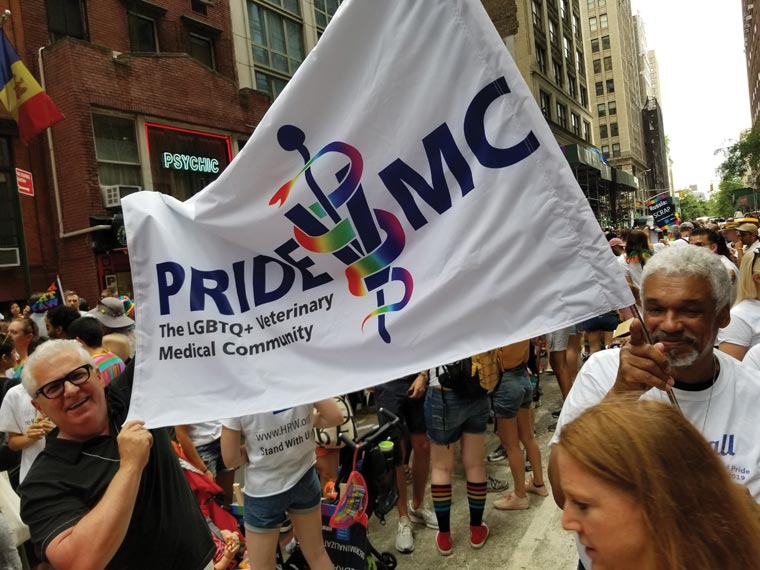 The decision, which came down June 15, rules that Title VII of the 1964 Civil Rights Act protects LGBT workers from workplace discrimination. It applies to workers at companies throughout the United States with 15 or more employees. Title VII states that an employer may not discriminate against any individual “because of such individual’s race, color, religion, sex, or national origin.” The current ruling makes it clear that sex plays an unmistakable and impermissible role in employment decisions that discriminate against an individual on the basis of that individual’s sexual orientation or gender identity.

Dr. Dane Whitaker, board president of the Pride Veterinary Medical Community—formerly the Lesbian and Gay VMA—said the ruling was a victory.

“Having the Supreme Court decision come down is a good thing for all of us,” Dr. Whitaker said. “I also feel a little bit like this is the way things should have been all along. … This was our right to begin with.”

In 2019, about 50% of people who are LGBTQ lived in states that lacked explicit protections around workplace discrimination, according to the Movement Advancement Project, a think tank that maintains a database and does research around equality laws.

“This decision makes a marked change in the law in about half of the states in the U.S. Prohibiting discrimination on the basis of gender identity or sexual orientation at the federal level is significant and long overdue,” said Jen Brandt, PhD, director of well-being, inclusion, and diversity initiatives at the AVMA. “Whether this legislation will be reliably upheld by employers remains to be seen, and much more work remains to be done when it comes to the protection of Black transgender lives. However, it does mark a shift toward implementing the necessary structural changes to address the safety and wellbeing of LGBTQIA+ individuals in the workplace.”

The Supreme Court’s opinion addressed three cases arising out of the Second, Sixth and Eleventh circuits; the court issued a single ruling that covered all three cases. The three plaintiffs were Aimee Stephens, who was fired from her job at a funeral home after she told her boss she was transgender; Gerald Bostock, a child welfare services coordinator who was fired after he joined a gay softball league; and Donald Zarda, a skydiving instructor who was fired after telling a client he was gay. Stephens and Zarda both died before the Supreme Court decision was issued.

“Many of us have lost our families, our friends, and even our lives to fight for these rights,” according to a statement from Pride VMC. “So, while we celebrate the SCOTUS decision, we recognize the sacrifices that have been made to ensure these freedoms. Now more than ever we stand up to fight for our rights, as trans, as BIPOC (Black, Indigenous, and people of color), as LGBTQ+, we unite and continue to push back against oppression to ensure that all of us are seen, protected, and held.”

The Supreme Court decision came two days after the Trump administration announced it was rolling back health care protections for transgender people. The U.S. Department of Health and Human Services announced a change to a rule under Section 1557 of the Affordable Care Act such that the department would return “to the government’s interpretation of sex discrimination according to the plain meaning of the word ‘sex’ as male or female and as determined by biology.”

Dr. Whitaker said taking away a basic right such as health care is a huge problem, especially in the midst of the COVID-19 pandemic.

“No one should be denied health care,” Dr. Whitaker said.

Dr. Whitaker suggested that LGBTQ veterinary professionals who believe they are being discriminated against should consider the following actions: