Legislation recently introduced by the three veterinarians in Congress would give new tools and authority to the federal government to monitor and safeguard the health of dogs being imported. The hope is to ensure that the federal government is appropriately screening the large number of dogs entering the country each year to ascertain they are healthy and to prevent the spread of infectious diseases that might be brought into the U.S. by imported dogs.

Admittedly, bringing a dog into the United States can be convoluted, given that no single federal agency has regulatory authority in this area. The Centers for Disease Control and Prevention, U.S. Department of Agriculture Animal and Plant Health Inspection Service, and U.S. Customs and Border Protection all have pertinent regulations, depending on the circumstances. There also are potential state and airline requirements before a dog can be admitted into the United States. 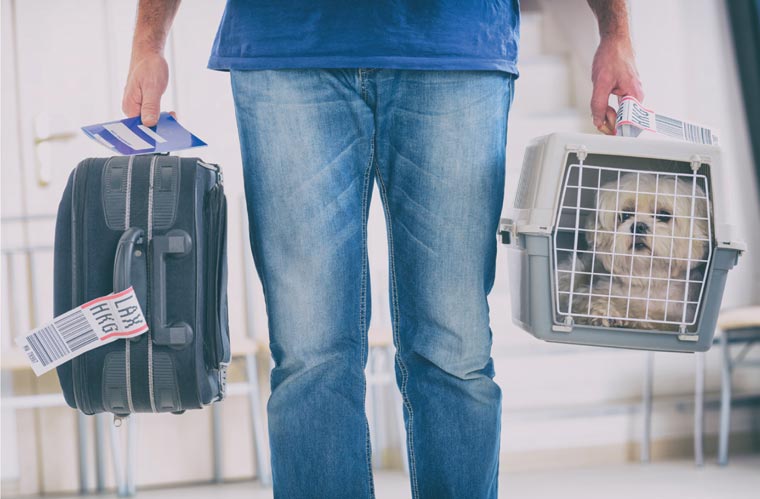 The CDC currently requires that all imported dogs must appear healthy. In addition, a valid rabies vaccination certificate may be required, depending on what country the dogs are coming from. The CDC published guidance for importers last year indicating that for the purposes of dog importation, it would interpret a country’s rabies-free status to specifically mean that the country is free of the canine rabies virus variant, saying that this interpretation would allow federal authorities to better focus resources on preventing the reintroduction of the CRVV, versus other rabies virus variants, while still protecting public health.

Estimates suggest the USDA regulates, under the Animal Welfare Act, less than 0.28% of the estimated 1.06 million dogs imported into the United States each year, including 700,000 arriving at airports and 360,000 arriving at land border ports of entry with Canada and Mexico, according to the USDA’s “Report on the Importation of Live Dogs into the United States,” published in June 2019.

Further, no statutory provisions currently require an import permit for the following situations:

The vast majority of imported dogs are assumed to be personal pets traveling with or to their owners, on the basis of data concerning the use of dogs in the United States collected by the USDA. In 2018, the USDA issued permits for 2,917 dogs that were imported for resale purposes under the Animal Welfare Act. Dogs have been denied entry into the United States for failing to comply with CDC regulations, including 317 dogs in 2018, 704 dogs in 2017, and 466 dogs in 2016.

On May 19, the Healthy Dogs Importation Act (HR 6921) was introduced in the U.S. House of Representatives by Reps. Ralph Abraham, a Republican from Louisiana; Kurt Schrader, a Democrat from Oregon; and Ted Yoho, a Republican from Florida.

The legislation would require every dog entering the country to be permanently identified, in good health, and accompanied by a certificate of veterinary inspection. The health certificate must certify that the dog has received all required vaccinations and demonstrated negative test results required by the USDA. Dogs entering the country for resale, transfer, or donation must be at least 6 months old and accompanied by a USDA import permit. Exceptions include dogs being used for research purposes or needing veterinary treatment.

The bill would also streamline federal oversight, ensuring documentation and import permits are shared electronically among the USDA, the CDC, and Customs and Border Protection, while clarifying the USDA’s key enforcement authority.

“State animal and public health officials, the American Veterinary Medical Association, and the public have recommended that there be one Federal agency to oversee and set requirements for the importation of dogs,” according to the 2019 USDA report. "This recommendation may better help importers understand and comply with the Federal requirements and provide a more reliable method for tracking the number of dogs imported into the United States.”

The AVMA announced its strong support of the bill in a statement the same day the bill was introduced.

“For far too long, dogs have been entering the United States without proper inspection, increasing the risk of disease introduction and transmission,” said Dr. John Howe, AVMA president, in the statement. “We commend Reps. Ralph Abraham (R-LA), Kurt Schrader (D-OR) and Ted Yoho (R-FL) for introducing common-sense legislation that would establish health and vaccination requirements for dogs imported into the US. The Healthy Dog Importation Act protects animal and human health by ensuring that imported dogs are healthy and free from disease and parasites before entering the United States.”

Tips for advising owners about to fly with their pets