Though COVID-19 cases rare in pets, testing is available

Veterinarians can test for the COVID-19 virus in animals, but whether and when they should still remain issues.

At press time in early May, only a very few animals had tested positive for SARS-CoV-2. Among them were three domestic cats, one each in Hong Kong, Belgium, and France; three dogs, a German Shepherd Dog and a Pomeranian, both in Hong Kong, and a Pug in North Carolina; and five tigers and three lions at the Bronx Zoo in New York City. In addition, two cats in the state of New York tested positive for the virus, according to an April 22 announcement from the Centers for Disease Control and Prevention and the U.S. Department of Agriculture. These were the first cases involving pets in the U.S. 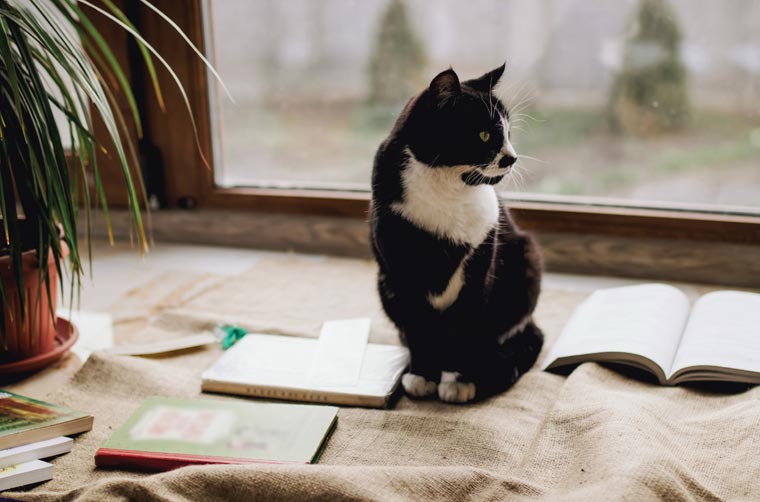 The cats lived in two separate areas of the state, the announcement stated. The first cat showed mild respiratory signs. No person in the household was confirmed to be ill with COVID-19. “The virus may have been transmitted to this cat by mildly ill or asymptomatic household members or through contact with an infected person outside its home,” according to the agencies.

The second cat showed signs of respiratory illness. The owner of the cat had tested positive for COVID-19 prior to the cat showing signs. Another cat in the household showed no signs of illness.

Antech Diagnostics, part of Mars Veterinary Health, found that the ill cats had presumptive positive results for SARS-CoV-2 as part of its ongoing surveillance of cat and dog samples submitted for analysis by polymerase chain reaction–based assay analysis, according to Antech. Confirmatory testing was conducted at the USDA National Veterinary Services Laboratories. Both cats are expected to make a full recovery, according to the CDC-USDA announcement.

Should other animals be confirmed positive for SARS-CoV-2 in the United States, the findings will be posted at the USDA website.

Get guidance from the CDC, and more information from the AVMA on testing animals for SARS-CoV-2. Also, read an FAQ by the USDA (PDF) on testing.

Veterinarians should contact their state public health veterinarian or state animal health official to discuss the need before testing pets for SARS-CoV-2, according to the CDC, the USDA, and other federal agencies. Practitioners also are encouraged to rule out other, more common causes of illness in animals before considering SARS-CoV-2 testing.

The agencies have suggested that laboratory testing for SARS-CoV-2 could be considered for animals that have clinical signs of a new, concerning illness suggestive of an infectious disease in conjunction with a history of close contact with a person suspected or confirmed to have COVID-19 or a history of exposure to a high-risk environment where a human outbreak has occurred, such as a nursing home, prison, or cruise ship.

In addition, the American Association of Veterinary Laboratory Diagnosticians has recommended testing for a threatened, endangered, or otherwise rare animal in a rehabilitation or zoological facility with possible exposure to SARS-CoV-2 through an infected person or animal, regardless of whether the animal appears healthy or has clinical signs of a new, concerning illness that is suggestive of an infectious disease.

The AAVLD has also suggested that animals in a mass care or group setting, such as an animal shelter, boarding facility, zoo, or feedlot—including companion animals, livestock, and other species—could be considered for testing if a cluster of animals in the group develops clinical signs of a new, concerning illness suggestive of an infectious disease, even if it is not known whether the animals have been exposed to people with COVID-19.

Human and animal health organizations agree that there is currently no evidence that dogs or cats in a home environment can be a source of COVID-19 infection in other animals or humans. The AVMA, CDC, and USDA recommend that people with COVID-19 limit contact with animals until more information is known and that, if possible, another member of the household take care of walking, feeding, and playing with pets. If ill people must care for pets or have service animals, it is recommended they wash their hands before and after interacting with the animals and wear a cloth face covering.

To test or not to test

Idexx Laboratories Inc. announced April 20 that it launched a commercial test for SARS-CoV-2 in animals for veterinarians to use.

Idexx says it is launching the test “in response to customer demand and growing evidence that in rare cases pets living with COVID-19 positive humans can be at risk for SARS-CoV-2 infection.”

The veterinary diagnostic company had announced in mid-March that it tested more than 4,000 samples from dogs, cats, and horses with its PCR assay, and no evidence of the coronavirus had been found, although these were stored samples, and it is unclear to what extent the animals had been exposed to infected people. Idexx also noted that its testing had expanded into Canada and European Union countries, including areas with high rates of COVID-19 in humans, and all tests continued to be negative.

Antech started surveillance for SARS-CoV-2 in cats and dogs in early March and had two confirmed positive cases out of 2,000 samples as of late April. Antech says it will continue to monitor samples and report any discovery of positive results to local, federal, and veterinary authorities.

Preliminary research suggests cats are more susceptible than dogs to the virus. Dr. Susan Little, part owner of Bytown Cat Hospital and Merivale Cat Hospital, both in Ottawa, Ontario, and a past president of the American Association of Feline Practitioners, said other companies will likely roll out their own tests.

“It’s especially challenging because, for the last few weeks, most messaging from veterinary organizations and infectious disease experts has been that cats are not a risk to people, it’s rare that cats get infected, and most don’t seem to get very sick,” Dr. Little said. “How do we reconcile that now that a test is available? A lot of translation has to go on there.”

At the same time, everyone is stressed, including pets wondering why their world has turned upside down, too, she said. There are many common viruses that affect cats, some of which lie dormant until reactivated by stress.

“When we see cats that have respiratory signs, such as sneezing, runny eyes or nose, and maybe they’re not eating well, that’s far and away most likely one of the common feline respiratory diseases, such as herpesvirus,” she said.

Further, when one criterion for testing is that the pet is in the home with someone who is suspected or confirmed to have COVID-19, that presents its own dilemma.

“We do have to be careful recommending the pet leave the home,” Dr. Little said. “You have to make sure everyone is safe and that it’s absolutely necessary to do the test.”

She said it’s one thing to do population surveillance to see whether the virus is in the pet population, but that’s different from individual cat testing.

“Very few pets will require a test for this virus, and we want to make very sure if we are going to do the test that it’s definitely needed and we will take specific action with the results and the test is done properly, which means sedating the cat to get the samples we need,” Dr. Little said.

Because there is no specific treatment for COVID-19, a positive test won’t change how the veterinarian manages the case or treats the cat. Most cats don’t seem to get seriously ill even if they’ve tested positive, she said, so it won’t change anything for the cat.

“You have to wonder if knowing the answer doesn’t make a difference, then do we need to put people and pets at risk to get the answer? It’s not an easy question, and it takes some thoughtful reflection and evaluation of the pet.”

The Centers for Disease Control and Prevention has guidance for veterinarians and their staff who may be treating companion animals or advising on their medical care during the COVID-19 pandemic.