An Arizona man died and his wife was hospitalized after the two, both in their 60s, ingested an aquarium cleaner containing a nonmedical formulation of chloroquine phosphate. News reports indicate the couple believed it would protect them from becoming infected with the coronavirus that causes COVID-19.

“Given the uncertainty around COVID-19, we understand that people are trying to find new ways to prevent or treat the virus but self-medicating is not the way to do so,” said Dr. Daniel Brooks, medical director of the poison and drug information center at Arizona-based Banner Health, in a press release.

Chloroquine has been touted as a potential preventive for the novel coronavirus. However, testing of whether chloroquine is useful in the treatment of patients with COVID-19 is ongoing, and the drug is not approved by the Food and Drug Administration or the World Health Organization for use in treating or preventing the disease. President Donald Trump falsely stated, during a daily briefing March 19, that the drug had been approved by the FDA to treat patients.

Chloroquine, sold under the brand name Aralen, and sister drug hydroxychloroquine are anti-malarial medicines that are also used by people with rheumatoid arthritis and lupus.

The Centers for Disease Control and Prevention issued a warning March 28 about the dangers of using nonpharmaceutical chloroquine phosphate to prevent or treat COVID-19 and emphasized that there are no routinely available pharmaceutical products that are FDA-approved for the prevention or treatment of COVID-19.

Anxiety in dogs varies by breed

Dog breeds have large differences in the prevalence of anxiety-related traits, suggesting a strong genetic contribution, according to a study from the University of Helsinki.

Large breed differences were observed in all behavioral traits. “For example, 10.6% of Miniature Schnauzers were aggressive toward strangers, whereas only 0.4% of Labrador Retrievers showed aggression,” according to the report.

Cats, like humans, develop a higher risk of heart disease after suffering burns and smoke inhalation, according to a recent study.

“Cats with thermal burn injuries from California wildfires show echocardiographic evidence of myocardial thickening and intracardiac thrombi,” published in Scientific Reports, states that cardiac injuries are common among people treated for burns, and echocardiographs are important in monitoring responses to treatment and predicting outcomes.

The study authors, from the University of California-Davis, studied 51 adult cats that sustained burns in the 2017 Tubbs fire and 2018 Camp fire, giving a series of echocardiograms and blood tests for troponin concentrations. Just more than half had muscle thickening, a third had blood clots or high risk of clots, and six cats died or were euthanized because of possible cardiac disease. 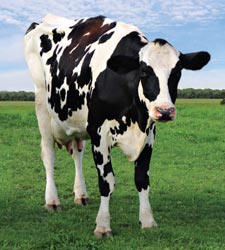 A vaccine protocol might reduce the need for antimicrobial treatment to protect cattle against a common tick-borne disease.

Researchers at the Kansas State University College of Veterinary Medicine and collaborators at Iowa State University developed a combination of an immediate and slow-release vaccine that mimics persistent infection with Anaplasma marginale, potentially protecting cattle for years following administration. The research group described its findings in a manuscript posted in December 2019 by the Journal of Animal Science.

The vaccine is based on an antigen against a surface protein of A marginale. Administration of the vaccine primes the immune system and is followed immediately by implantation of a polyethylene cylinder that contains intermediate- and extended-release vaccine formulations.

In testing, the vaccine combination protected cattle for two years, according to the article and an announcement from Kansas State. The authors indicate that previous studies on the implant technology suggest the extended-release mechanism may deliver vaccine for up to three years.

The authors wrote that A marginale is the most common tick-borne disease in cattle worldwide and a substantial problem in the U.S.

Because the disease lacks a commercial vaccine, farms had fed cattle low doses of chlortetracycle to control infections. Rule changes that took effect in January 2017 added veterinarian oversight to those drugs, making those interventions more challenging, the manuscript states.

There is a shortage of emergency room veterinarians and veterinary technicians, as previously reported by JAVMA News (see JAVMA, March 1, 2019). The VCA ER Student Scholarship program will offer five veterinary students an opportunity to learn emergency and specialty care at various VCA hospitals during their clinical year of training.

The shortage in emergency veterinary medicine is likely the result of several factors, including an overall demand for veterinarians across the U.S. and high burnout rates in emergency medicine, among other things.

The program will be 16 weeks, and recipients will each receive $35,000 for tuition assistance and a choice of $5,000 for living expenses or a cash bonus. The application process includes an in-person interview led by VCA professionals, and students with emergency medicine experience will be given preference over other applicants.

The recipients of the VCA scholarship would agree to accept ER positions at select VCA hospital locations for a three-year term, with compensation on a production-salary plan.