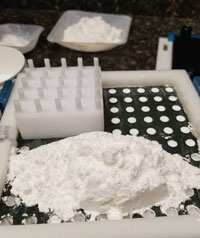 Food and Drug Administration officials plan to accept comments through June 17. They accepted comments Nov. 20 to Feb. 18 and, on Feb. 20, announced the extension.

Draft guidance published in November 2019 describes the animal drug compounding methods that agency officials consider to be legal, as well as which would be illegal but allowed.

The American Kennel Club Canine Health Foundation announced Feb. 27 that it had awarded over $2.1 million in 36 new grants for research on canine health.

Highlights from the new grants include the following studies:

The World Association for Veterinary Dermatology has developed a foundation course in veterinary dermatology, which comprised 30 webinars as of early March.

The webinars can be viewed free of charge. The contributors are from around the world and are all experts in their fields.

The WAVD intends the webinars for fourth-year veterinary students and general practitioners who wish to increase their knowledge of the discipline of veterinary dermatology. In addition, several of the webinars contain important new information of value to those pursuing advanced studies in the discipline.