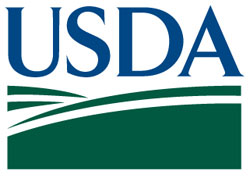 The Department of Agriculture’s Animal and Plant Health Inspection Service reported Jan. 16 on progress the agency is making to implement programs funded by the 2018 Farm Bill.

APHIS awarded $5.2 million to the National Animal Disease Preparedness and Response Program. NADPRP-funded projects will advance the capabilities, capacity, and readiness of the nation’s disaster responders in the animal agriculture sector through training and exercises, including in all major livestock industries. The projects will be led by state animal health authorities and land-grant universities in 25 states.

The agency is also moving forward with developing the National Animal Vaccine and Veterinary Countermeasures Bank. The first priority is to increase the U.S. stockpile of vaccines against foot-and-mouth disease, according to a USDA press release. Recently, APHIS issued a request for proposals, and the agency plans to have the initial FMD vaccine contracts in place by the end of June. APHIS’ target goal is to invest up to $30 million in FMD vaccines by the end of 2020.

The U.S. Department of Agriculture is making it easier for diagnostic laboratories to understand the requirements for conducting vital livestock disease testing on the department’s behalf.

The USDA announced in January regulations switching to a single, user-friendly process for laboratories not within the National Animal Health Laboratory Network or National Poultry Improvement Plan to be approved and remain approved to conduct a variety of tests for the USDA.

The final rule defines the NAHLN as being primarily composed of federal, state, and university-associated animal health laboratories. The USDA thought the new rule necessary because the network uses private laboratories on a case-by-case basis when their capabilities are needed.

Hill’s Pet Nutrition and the startup Embark Veterinary Inc. have designed a collaborative study to identify genetic risk factors for dilated cardiomyopathy in dogs and potentially develop methods for early detection of the condition.

Embark, which operates in partnership with Cornell University College of Veterinary Medicine, currently offers both breed identification testing and testing for genetic disorders. Together with Hill’s, Embark has created a study that has the potential to improve understanding of the possible link between genetics and the risk of DCM in dogs. The results could lead to early diagnostic tests and the potential for improved nutritional interventions, according to Hill’s.

The study started early this year with a goal of including 1,000 dogs with DCM. Once enough dogs have been enrolled in the study, researchers at Embark and Hill’s will analyze the genomes of the dogs and look for possible commonalities.

Embark and Hill’s are offering free DNA kits to the first 1,000 dogs that have been determined to have DCM and are eligible to participate. Qualifying dog owners who submit a valid DNA sample from their dog will receive a comprehensive Embark profile that includes their dog’s breed breakdown. Dog owners interested in participating should review the eligibility criteria and fill out a survey about their dog.