The rules announced in January and published in the Federal Register on Feb. 2 by the Department of Transportation would more narrowly define service animals as dogs trained to perform work or tasks for people with disabilities. Airlines would still need to accommodate people traveling with up to two service dogs.

But airlines could require that passengers submit forms that affirm their dogs are trained, well-behaved, healthy, and able to either delay urinating or defecating during the flight or relieve themselves in a sanitary manner. Those health affirmations could include veterinarian-completed forms similar to the certificates of veterinary inspection used by states and the U.S. Department of Agriculture. 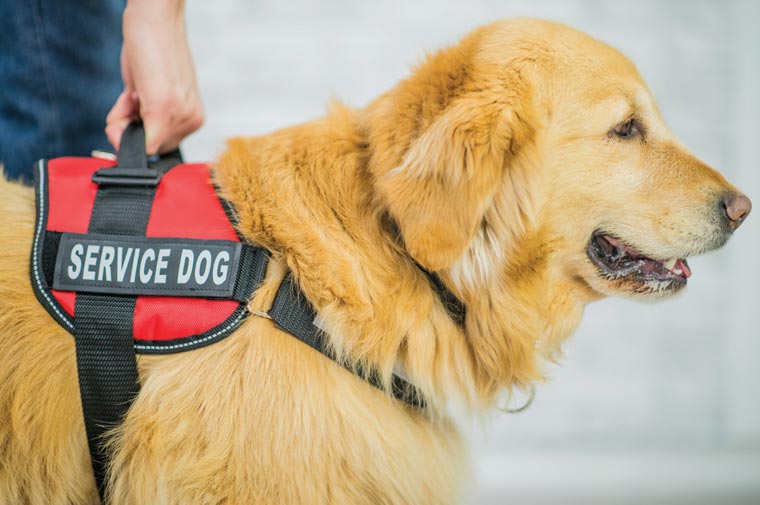 “Airlines have expressed concerns that their inability to verify, pre-incident, that an animal has received the proper vaccinations has caused individuals bitten by service animals to undergo painful and expensive rabies treatment,” the proposal states.

People have tried to board flights with myriad species, claiming as emotional support animals a peacock, ducks, turkeys, pigs, and iguanas, according to the proposal.

Airlines complained of safety risks to crew members, passengers, and legitimate service animals, as well as decried lost revenue from fees charged to accommodate pets. The proposal states that thousands of passengers also complained to the airlines.

Canine Companions for Independence, which provides trained assistance dogs to people with disabilities, published a statement that the proposal was a positive step but disagreed with provisions that could increase the burdens for people flying with service dogs.

Molly Schulz, spokeswoman for CCI, said the organization agrees with the decision to adjust the DOT’s definition of a service animal to align with the Americans with Disabilities Act, which defines a service animal as a dog individually trained for work or tasks that benefit a person with a disability. But the organization wants equal rights for people who have disabilities and says they should have the same travel requirements as the rest of the public.

The DOT proposal would let airlines require that people with service dogs arrive at the airport one hour earlier than other passengers, as well as fill out forms about those dogs.

Schulz noted that people who have service dogs already often need more time to prepare ahead of arriving at an airport, which includes caring for the service dog and ensuring it will have adequate time to relieve itself before travel.

The DOT also would let airlines limit sizes of service animals to those able to fit within a passenger’s foot space on the aircraft or in the passenger’s lap.

“While the Department is sensitive to the fact that many large service animals, such as German Shepherds, Golden Retrievers, and Labrador Retrievers, tend to accompany individuals with disabilities, particularly individuals with mobility impairments, these animals are often trained to fit into small spaces,” the proposal states. “The Department seeks comment on its proposal to limit the size of service animals based on whether the animal can fit into the foot space afforded to the passenger on that particular aircraft type, or on whether the service animal is no larger than a lap-held child and can be placed on the passenger’s lap.”

When dogs are unable to fit in such spaces, airlines could find empty seats in the same service class, offer to carry the dog in cargo for free, or offer space on a later flight, the proposal states.

Airlines can't ban service animals by breed, weight but can ban some species